Changes in GST Rules relating to Registration, ITC and Returns 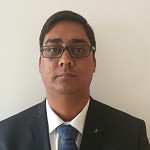 The changes have been discussed below in a lucid manner for better understanding:

Earlier with effect from 21st August 2020, several changes were brought into GST Registration process including Aadhar Authentication, time limits were fixed for granting of registration and grant of deemed registration on expiry of the period for issuance of SCN by department (You may download the notification - 62/2020 - Central Tax dated 20th August 2020)

Now, again the said process is modified and additional checks have been implemented in the GST Registration process. 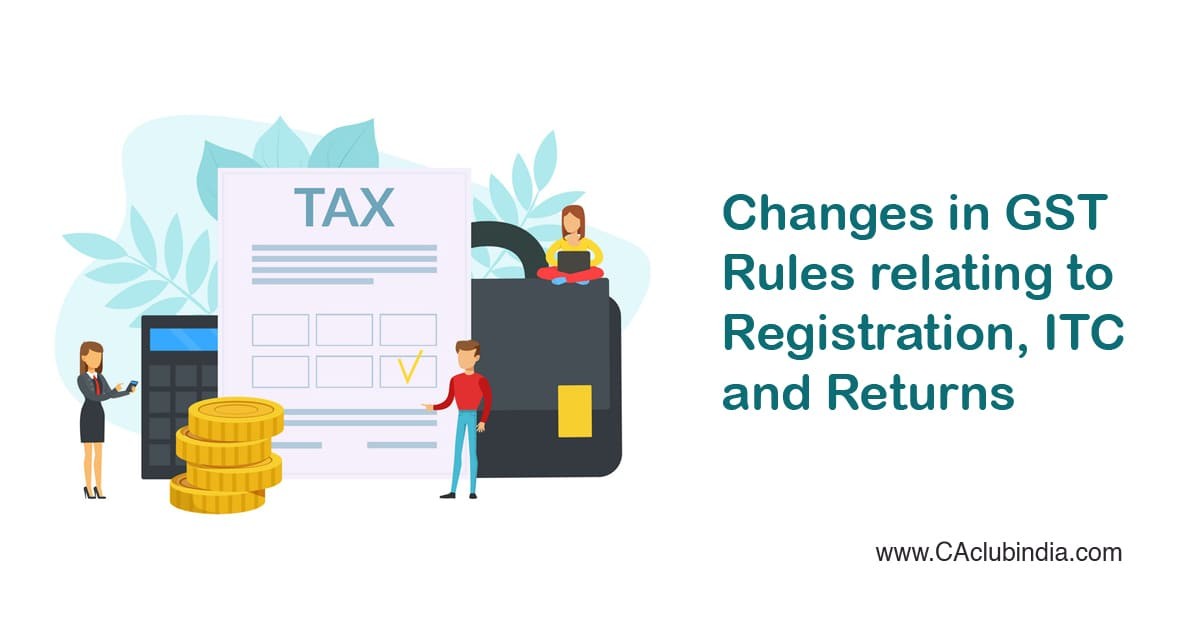 Verification of Application and Approval (Rule 9)

Time limit for Grant of Registration -

Time limit for issuance of SCN

2. Cancellation or suspension of Registration -

Three (3) additional clause has been inserted for reasons for cancellation of Registration.

Hence, mismatch of outward supplies reported in returns as well as excess availment of ITC over and above prescribed limit may lead to cancellation of registration.

Suspension of GST Registration without providing opportunity of being heard -

Now the proper officer may suspend the registration without providing an opportunity of being heard to the taxpayer on grounds mentioned in Section 29 of CGST Act, 2017 or CGST Rules, 2017

Grounds for cancellation under Section 29 of CGST Act, 2017

Grounds for cancellation under Rule 21 of CGST Rules, 2017

Comments - Sweeping powers have been granted to the authorities for suspension of registration. More so, the opportunity of being heard is well enshrined in the principals of natural justice which is being curtailed here. Department action may disrupt business operations by suspending the GST Registration of genuine taxpayers.

Suspension of GST Registration on Comparison of returns or Significant differences or anomalies indicating contravention of provisions (Sub Rule 2A in Rule 21A of CGST Rules, 2017) -

which show significant differences or anomalies indicating contravention of the GST provisions, leading to cancellation of registration of the said person, his registration shall be suspended

The person shall be intimated in FORM GST REG-31, or by sending a communication to his e-mail address, highlighting the said differences and anomalies and asking him to explain, within a period of thirty days, as to why his registration shall not be cancelled

No Refund during period of Suspension of GST Registration (Sub Rule 3A in Rule 21A of CGST Rules, 2017)

A registered person, whose registration has been suspended shall not be granted any refund during the period of suspension of his registration.

Suspension of registration may be revoked by the proper officer, anytime during the pendency of the proceedings for cancellation, if he deems fit.

Comments - The power of revocation of suspension has been given to officer who shall exercise the power if he deems fit. The discretionary power granted may be misused by the officers.

3. Manner and extent of utilization of Input Tax Credit

Restriction has been placed on usage of amounts available in electronic credit ledger(ECL) to discharge liability towards output tax in excess of ninety-nine per centu>. (99%) of such tax liability, where the value of taxable supply (other than exempt supply and zero-rated supply), in a month exceeds fifty lakh rupees (Rs 50 Lakhs)

Aforesaid restriction of usage shall not apply in below cases

Blocking of facility to file GSTR 1 in certain cases