Carbon Credits and Its Taxability


What are Carbon Credits?

Carbon Credits is an incentive given to  an industrial undertaking for reduction of the emission of GHGs (Green House Gases), including carbon dioxide which is done through several ways such as by switching over to wind and solar energy, forest regeneration, installation of energy efficient machinery, landfill methane capture, etc. 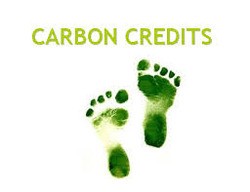 Why is there need for Carbon Credits?

A reduction in emissions entitles the entity to a credit in the form of a Certified Emission Reduction (CER) certificate.

Whether CER are tradable?

The CER is tradable and its holder can transfer it to an entity which needs Carbon Credits to overcome an unfavorable position on carbon credits.

In order to bring clarity on the issue of taxation of income from transfer of carbon credits and to encourage measures to protect the environment, it is proposed to insert a new section 115BBG to provide that where the total income of the assessee includes any income from transfer of carbon credit, such income shall be taxable at the concessional rate of 10% (plus applicable surcharge and cess) on the gross amount of such income.

No expenditure or allowance in respect of such income shall be allowed under the Act.

This amendment will take effect from 1st April 2018 and will, accordingly, apply in relation to the AY 2018-19 and subsequent years.

Section 115BBG : Tax on income from transfer of carbon credits.

115BBG. (1) Where the total income of an assessee includes any income by way of transfer of carbon credits, the income-tax payable shall be the aggregate of-

(a) the amount of income-tax calculated on the income by way of transfer of carbon credits, at the rate of ten per cent; and

(2) Notwithstanding anything contained in this Act, no deduction in respect of any expenditure or allowance shall be allowed to the assessee under any provision of this Act in computing his income referred to in clause (a)of sub- section (1).

Explanation.- For the purposes of this section 'carbon credit' in respect of one unit shall mean reduction of one tonne of carbon dioxide emissions or emissions of its equivalent gases which is validated by the United Nations Framework on Climate Change and which can be traded in market at its prevailing market price.