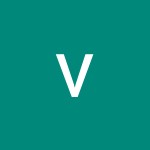 
The one who in the matter of style. Swim with the current, In the matter Principle stands like a rock.... Profession where a student fall innumerble no of times like a rock from the cliff face and at the phase of denouement they are having a intact sphere in their needle. The body with an objective of positioning of the profession, has taken a historic exercise to revist the whole gamut of profession and helps in transforming nightmare into actuality of multitudinous students and parents.

The journey begins with the FOUNDATION course where multiple students who thought of participating in such a divine course give entrance exam to a large extent, the day came in the month of june for announcement of upshot where we see both jolly and gloomy faces, but CA students are not those who accepted their defeat in first attempt they are like a small fairyflies who climb numerous times and dive but ultimately the day came into their life and they are having, what they are thinking off Journey continues with Second and INTERMEDIATE phase of exam where the twain of students (who came after passing their foundation as well as students who wish to participate in race after having their degree of Academics) ensue.

They took coaching from discrete institutions and pen drive classes to score better and to pass their exam with flying colours. Finally after a diligent efforts, the day came either in the month of August or February of announcement of their outcome and the same set of circumstances happened again where among numerous students only a slighter able to proceed further, On the other hand, students having failure in their hands, again acts like a fairyflies and proceed further for their victory. Simentenously students have to take training of OC & ITT where they able to explore their knowledge practically about what they learned theoretically.

The chewy point came in the life of all aspirants of ARTICLESHIP PHASE where a situation is just similar tedious person from morning 10 to evening 6 they carry balance sheet with humanity, profit and loss with emotions and follow on three principles of career i.e fairness, transparency and accountability and work as per the instructions of arrogant principal and senior workforce. After completion of 2.5 year of burdensome and knowledgeable phase of articleship situation came where only a last phase of exam ie FINAL PHASE came,, there also exist numerous students who take off themselves from such course after getting failure numerous times but on the other hand to there exists a students too which act like a fairyflies and again came back with same charm & spirit to tackle the same with flying colors. And ultimately the day of seizable attainment arrived where they are having a complete planet in their pointer and are ready to explore the world because CA students are CHAKRAS OF AMBITIONS, they challenges it to achieve it and loop it. They are not like a mango people who only focus on getting good marks and jobs but they are those prodigious one's who rationalise much more Beyond as quotidians.

Well said by great personalities of our COUNTRY THAT CA SIGNATURE ARE MORE POWERFUL THAN PRESIDENT (said by our honorable MR. NARENDRA MODI)