Being a Chartered Accountant 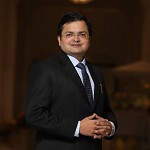 
In today’s world Chartered Accountants find the easy way out to grab a job in industry with good package and ensure a secured future. The appetites to take risk of CA’s have gone down tremendously in recent past. The ratio of CA in practice and CA in industry has seen huge gap. The CA’s should learn from MBA’s and explore the entrepreneurial capabilities they have learned while doing articleship. The time has come for the change to take place and the new government seem to be working in a direction which would demand young CA’s to step in profession.
The Factors which would play a big role in same would be as follows.
Companies Act 2013

It would not be wrong if I say that The Companies Act 2013 (the act) has given us the sense of good days in profession where CA’s in practice would be required to crack the act fast and learn - unlearn many things. We may say that the act is just the tip of iceberg, the provisions of section 185 and 186 of the act which looked simple is having different interpretation among new and old brains and there are good takers for new brains. It would not mean that old CA’s in practice would be written off, it is just that the old CA’s would require new CA’s to crack the code and new CA’s would require old CA’s for guidance and to understand the common parlance and how things are interpreted in court of law and by statutory regularities.

The provision for rotation of Auditors would also open doors for new CA’s to get their share provided they prove their capabilities and provide the confidence to corporates and non-corporates, the scope is not imaginable. Moreover the provisions of penalties and prosecution would force the old practicing CA’s to think twice whether all the acts, standards, guidance, notification, circulars etc. are given consideration in the audit, which increase demand for CA’s who are updated with all these regulations.
Direct Tax Code
The direct tax code would be implemented sooner than latter and would again open avenues in similar lines of companies act. The cracking of code with rules and notifications would not be easy to implement and to unlearn old provisions in short span of time, which would give edge to fresher’s in practice with minimal work experience.
Goods and Service Tax
The Goods and service tax would bring a big revolution in Indirect Tax system which would be implemented in dual form but would be in line with Value Added tax of foreign countries there-by decreasing the cascading effect of taxation in form of Excise, Service Tax, Value added tax, Central Sales Tax and thus lowering the price of products and increasing consumer demands. The implementation of Goods and service tax would open a new area of practice right from conversion of new regime of compliance. Therefore new CA’s would be required in practice.
IND AS
The revised roadmap of IND As has been laid down and to bring confidence of FII and to bring investment the new government would implement IND AS at the earliest. This would again open new avenues for CA’s not only for compliance with it but also as registered valuers and other areas of accounting and outsourcing.
Other Factors
The growth in infrastructure and capital investment would open new industries, increase per capital income and bring more number of people to comply with Direct and indirect tax provisions. This would lead to opening new venues.
The law on fraud also brings the scope in form of forensic audits for various CA’s who are good in Data manipulation and having technical knowledge of computer in form of ISA or other equivalent certification.
The boom in retail would give opportunities to CA who are technology savy and open options in data analyses with SQL etc.
The above discussion holds good a very old saying, “Change is the only constant”. These few facts give us a feeler of acche din aane wale hain and we hope there would be more new CA’s opting for practice then industry.
The author is a Chartered Accountant in practice in Kolkata and blogs at www.vivekagarwal.in.