Appropriateness of usage of tag-line: It is computer generated letter/report/ statement/advice and therefore does not require any signature' in commercial communications

In every walks of life, we come across a situation where we receive an unsigned business letter/Receipt/Advice which bears the legend 'This letter/Report Advice is computer generated and therefore does not require any signature', or similar to that. I think it is the best route for the originator to escape. 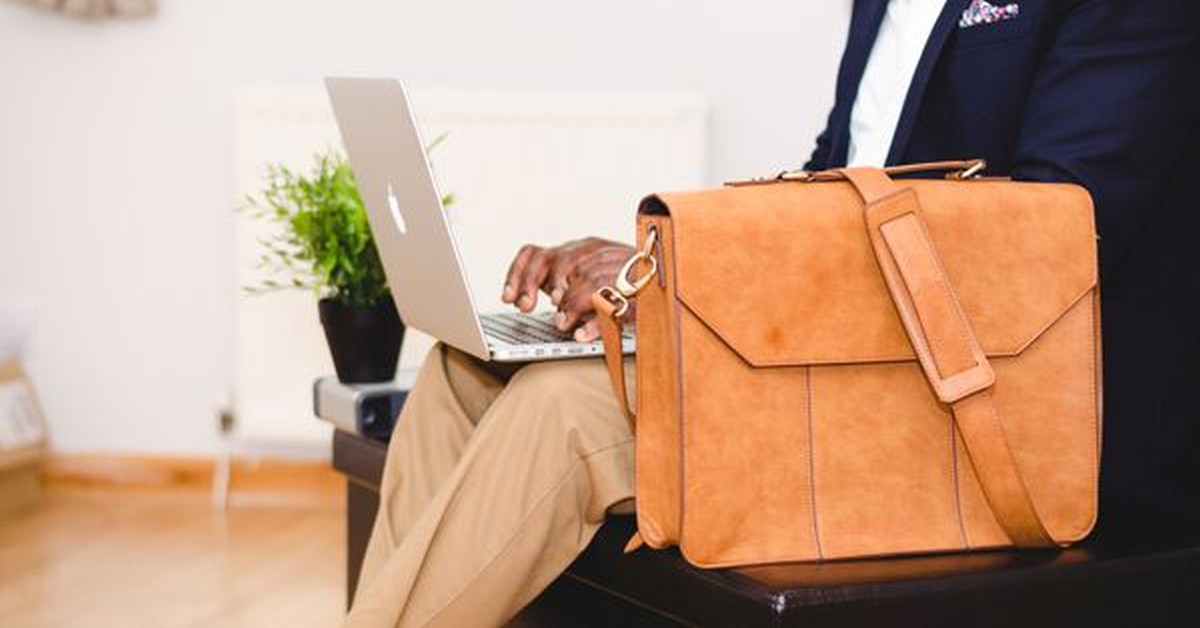 This has become rampant practise to use this tag line across industries, without understanding the technical intrigues of the Information Technology Act and the process. Due to the practice of reading this myth/legend, people assume the tag line as supported by law of the land (is in sync) and treat it on par for full face value with a properly signed (manually) or document digitally signed under IT Act and is legally valid business communication.

Without any legal basis, in gross violation of established norms and without the backing of any law many banks have started new products like e-fixed deposit and started e-mailing e-FD receipts (PDF) as attachments to depositors/recipients using password protection mechanism provided by software vendors for email attachments. Many NBFC's have joined banks and started issuing e-FD deposit, eFD advice etc. Banks/NBFs contemplate that password-protected email attachments (mostly PDF) to be an e-signed / electronically signed documents. Gullible depositors get misdirected/confuse it with an electronic or digital signed.

In response to my RTI query RBI informed me that in past RBI wrote to IBA to explore the possibility of issue of 'FD advice' in place of 'FD receipt' and RBI has no information about the issue of e-FD/e-FD receipt etc.

RBI cannot be a mute spectator to all these happenings when FD form about 65%-75% of banking sector's deposits and should ensure that the sound banking practices are observed (not hijacked by modern tech-savvy bankers, NBFCs etc which help them in reducing their overheads). RBI and other financial market regulators, Govt must examine the matter thoroughly to ensure that practices of banks/NBFCs etc stand to test the law.

I wonder who told banks, financial, corporates that computer-generated paper does not require a signature.

• Most of the Foreign banks (since long) started the issue of term deposit advice with no sign of a bank official. It bears the legend above. Later almost all PSU / Pvt banks joined the bandwagon. Actually, as per RBI directives on deposits banks are required to issue 'term deposit receipts' and (not advice) and by a receipt, it is implied that it should be signed by a competent official of the bank.

In respect of certain types of inter-bank FX contracts, derivative contracts many banks send unsigned computer-generated deal confirmations with an above legend (probably to circumvent the stamp duty issue associated with the term 'duly executed') requesting counterparty to sign such document and return. Similar instances can be quoted from insurance, trade and industry segment of the business.

In 1985 FEDAI had issued a circular to its members approving the procedure of issuing unsigned 'inter-bank FX FE contracts' without a signature, provided the banks issuing the unsigned confirmation execute an indemnity in favour of counterparty bank/s. The managing committee of FEDAI in Nov 1986 approved format of indemnity.

Notwithstanding the validity of such documentation, the practice continued with respect to the inter-bank players for FX contracts. Stretching a portion of this untested practice by all and sundry (without underlying indemnity) and without realizing that it may have serious commercial implications as it would not be termed as 'properly executed' in a court of law.

Though there are some advantages of sending unsigned communication (like no waiting time for the signatory to authenticate several stereo-typed communications, intimations that serve as reminder or intimation) system generated communication could suffer from several serious deficiencies. It is possible that system would generate (or used to generate) incorrect letter/Receipt/Advice (due to wrong data input etc) or it may generate a document as per the set standard parameters and mistake in document generation/communication may creep-in and fraud/lapse may go unnoticed.

However, in respect of Papers like Term Deposit advice/receipts, cheque return memo and many other documents which has evidentiary value and could impact as it would not comply to 'duly executed status'.

The parties to any commercial transaction should endeavour, to replace invalid, illegal or unenforceable provisions, with valid provisions.

Under no provisions of Indian Technology Act, 2000 or otherwise, one can bind oneself /or the other party to the contract/transaction or to information where such paper/document is not properly executed by the originator (of such communication).

Only a few days ago, I came across a case where the validity of such 'legend' appearing on a cheque return memo issued by the drawee bank by questioned in a civil suit. In respect of proceedings, u/s 138 of NI Act defendant's advocate raised an issue about the validity of this unsigned (not duly signed) cheque return memo as a valid document from an evidence point of view.

Though using supplementary documentation to corroborate the return of cheque for financial reasons, the complainant can attempt to convince the court about the cause of the bouncing of the cheque. Had this been 'duly signed' case would be smooth.

Now due to the faulty process of bankers in issuing unsigned memo if the payee succeeds in getting the dismissed or halted who would be responsible for the goof? Bank may go scot-free citing industry practice the complainant would lose legal remedy. Regulators should direct susceptible general public, and regulated entities appropriately.

Hence, Regulators may initiate a debate on this and advise all concerned to ensure that documents representing commercial/business transactions are properly executed and the invalid practices are not allowed to spread.

As per the Indian IT Act, an electronic document requires an electronic signature as prescribed by the Act, to gain legal sanctity in the court of law. Hence saying that the printed document in the subject is produced electronically and therefore does not require a signature is not acceptable.

There are two main reasons why documentation requires a signature:
1. To check the authenticity of the document itself.
2. As a record-keeping within a business or an organization intended to determine who drafted the document

The statement "This is an electronically generated report, hence does not require a signature" is not intended for the first aforementioned reason. The unsigned computer-generated document has no evidentiary value.

It can be mentioned for the second reason. When the business or organization has an electronic software-based document generation, its database will have the record of the user who signed in to generate the document hence can be used internally.
While a computer-generated letter without signature may be accepted in ordinary communications, like on general matters, dividends based on standard calculation etc., any document that requires authenticity of the document validation by digital signature or manual signature, should bear such signatures.

Unlike electronically transmitted messages, which can be traced and established, other documents which are printed out cannot be proved unless they are signed. The consequences of relying on such an unsigned document could be disastrous.

Cases that are not typically appropriate for Electronic Signatures or Digital Signatures under IT Act,2000

Use cases that are specifically barred from digital or electronic processes or that include explicit requirements, such as handwritten (e.g. wet ink) signatures or formal notarial process or registration with Registrar or Sub-Registrar that are not usually compatible with electronic signatures or digital transaction management.

• Handwritten - trust deed, Power of attorney
• Handwritten - will or any other testamentary disposition
• Handwritten - Any contract for the sale or conveyance of immovable property or any interest in such property
• A handwritten - negotiable instrument, promissory note, other than a cheque

Difference between the AdES and the QES is the addition of a qualified certificate. This certificate is issued by a qualified service provider, and it attests to the authenticity of the electronic signature to serve as proof of the identity of the signatory. However, there is more to creating the QES than just the addition of the qualified certificate to an AdES. The signature itself must be created using a Qualified Signature Creation Device (QSCD). This device is responsible for qualifying a digital signature with specific software and hardware that ensures that:

What is Aadhaar based authentication:

Government of India had introduced a different QES whereby the person who has an official identity card issued by the Government (Aadhaar) is able to authenticate a document using the Aadhaar eKYC services. Through the interface provided by the Application Service Provider (ASP), users can apply electronic signatures on any electronic content by authenticating themselves through biometric or OTP using Trusted Third Party (TTP) Aadhaar eKYC services through an eSign Service Provider. The interfaces are provided to users on a variety of devices such as a computer, mobile phone etc. The eSign service provider facilitates key pair generation and the Certifying Authority issues a Digital Signature Certificate. The eSign Service Provider facilitates the creation of the Digital Signature of the user for the document which will be applied to the document on acceptance by the user.

In India currently authenticity of the document can be ensured by duly signing by any of the following:

1. Wet ink / manual / actual signature
2. Digital signature as defined under the Information Technology Act, 2000.
3. Document created in accordance with the provision of the IT Act, 2000 and signed using an electronic signature to authenticate the documents

The Information Technology Act, 2000 has made provisions for 'electronic signatures' normally used by us which is different from the 'digital signature'.

Even after authenticating some documents with the 'electronic signature' in many cases, issuers are required to put an actual signature or digital signature where there is no explicit legal provision to that effect under the relevant Act.

In order to address this issue some acts have been so that a document is issued bearing 'electronic signatures' in accordance with the provision of the Information Technology Act, 2000 then there will not be a requirement of putting the wet-ink/manual signature or usage of a digital signature.

(d) any alteration to the information made after its authentication by electronic signature is detectable; and

(e) it fulfils such other conditions which may be prescribed

Even if it can be claimed that the concerned individual can always demand that the hard copy should be properly 'signed' by the competent person, the onus should be on the originator. Majority of the customers of the bank do not ask for a stamped and signed bank statement of account, acknowledgement for the deposit of cheque pay-in-slip (the staff directs them coolly to 'cheque dropbox').

I had appealed financial market regulators, dept of CoA Insurance and PF regulators to take active interest in resolving this matter otherwise, the simple activity of passing the would continue till infinity (without initiating any possible action, within their respective domain).

In this connection, none except legal dept RBI replied (to me) on 14th Aug 2019 through an email as under:

'We advise that Reserve Bank has not issued any instruction to banks on the above matter, as such matters are governed by 'Statutes' which are not within the purview of RBI. The customers can obtain signed copies of statements, other advice etc. from banks if they have a specific requirement.'

I expected from RBI etc to flag the matter to other financial market regulators and take up with the govt for an appropriate advise and/or formulation of legislation. Least could have directed RBI regulated entities appropriately. It communicated me casually (not to the public in general, through appropriate communication channel). I have written to PMO and MoF following this.

I appeal all concerned to please desist from using reckless tag-line: It is computer generated letter/report/statement/advice and therefore does not require any signature' at least in important and non-routine commercial communications and follow legal methods.


Category Others
Other Articles by - Shivaprasad Laxman Chhatre