Does Appointment of Auditors to fill up vacancy, form a part of tenure allowed u/s 139(2) of the Companies Act, 2013?

It is pertinent to note, at the outset, that the Companies Act 2013 (hereinafter referred to as “The Act”) has caused a paradigm shift in the manner of appointment as also in the tenure of appointment of Statutory Auditors for companies belonging to a particular genre. Historically the convention set out in terms of the provisions of the Companies Act, 1956, as also under the predecessor Enactments has been to appoint statutory Auditors for a period of one year only beginning with the date of the Annual General Meeting at which their appointment is approved and ending with the anniversary of the annual general meeting of the members at which they were generally reappointed.

The previous Act also did not contemplate that the Auditors shall be associated in that capacity with the company for a time frame stretching not beyond two terms of consecutive periods of five years each as provided under section 139(2) of the present Act. Even companies which do not fall within the ambit of Section 139(2) and are covered by Section 139(1) are required to appoint the statutory auditors for a period of five years at a time although in their case, the requirement of rotation after the auditors have completed two terms of periods of five consecutive years does not apply. 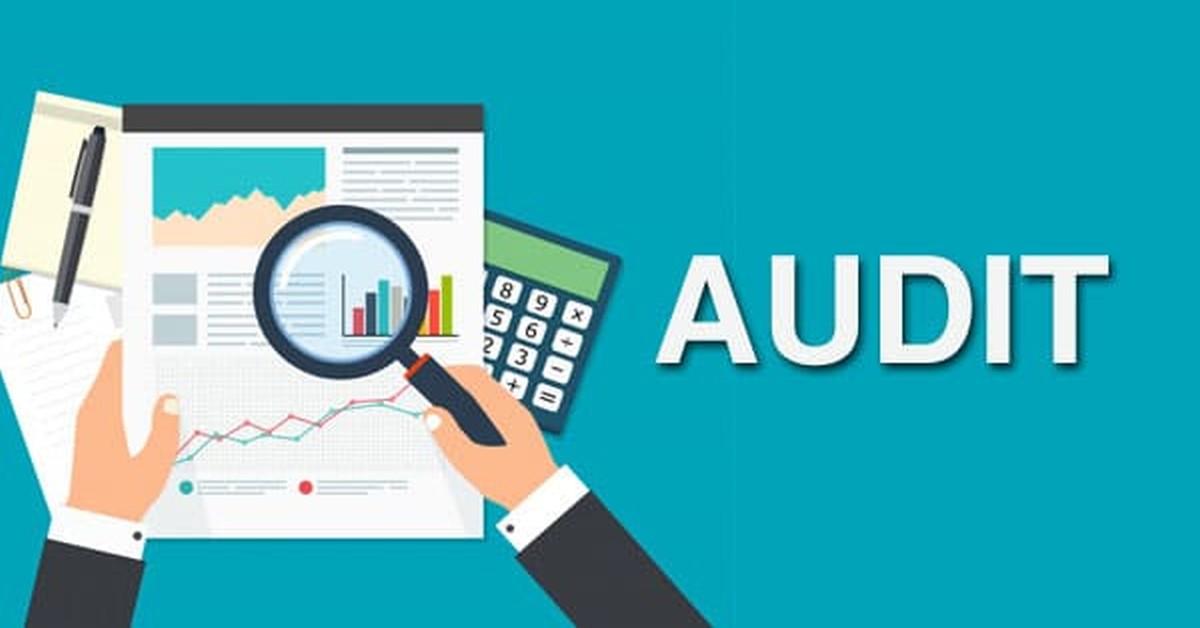 The above sub-section provides inter-alia, that a listed company or a company which satisfies the thresholds laid down under Rule 5 of the Companies (Audit &Auditors)Rules, 2014 shall appoint an audit firm as Auditors for not more than two terms of consecutive five years.

Companies excluding One Person Companies and Small Companies have been identified as the class of companies to which section 139(2) shall apply.

The thresholds laid down under Rule 5 above are as follows:

c) all companies having paid-up share capital of below the threshold limit mentioned in (a) and (b) above but having public borrowings from financial institutions, banks, or public deposits of rupees fifty crores or more.

It is pertinent to also note that in terms of the Companies (Removal of Difficulties) Third Order 2016, with retrospective effect from 1.4.2014, the third proviso to Section 139(2) as it stood originally was substituted. The consequence of the above substitution which had a retrospective effect was to facilitate companies which existed prior to the coming into force of the Act to fall in line with the requirements of Section 139(2), by allowing a transitional period which extended up to three years from the date of commencement of the Act. The subject proviso is reproduced verbatim as under for facility of reference:

‘Provided also that every company, existing on or before the commencement of this Act which is required to comply with the provisions of this sub-section, shall comply with requirements of this sub-section within a period which shall not be later than the date of the first annual general meeting of the company held, within the period specified under sub-section (1) of section 96, after three years from the date of commencement of this Act.’

Appointment of Auditors in a casual vacancy-Section 139(8)

Section 139(8) of the Act deals with situations where there arises a casual vacancy in the office of the Auditor caused by resignation. Where such a vacancy occurs, the same has to be filled up through approval of members at a general meeting to be convened by the Board within three months from the recommendation by the Board, and the auditors so appointed shall hold office until the conclusion of the next annual general meeting. In case of companies that are subject to audit by an auditor appointed by the Comptroller and Auditor General of India, the vacancy shall be filled up by the Comptroller within thirty days failing which the board shall fill up the vacancy in the next thirty days.

Where the vacancy occurs due to the demise of the Auditor in case the company has appointed a proprietor firm, the Board is entitled to fill up the breach within thirty days.

What constitutes a casual vacancy

It may be noted that the Act does not define what a casual vacancy is except dealing with the situation where the vacancy is caused by resignation. A casual vacancy is a vacancy which is of a temporary nature which may occur during the currency of the year after the appointment has been made by the company in a general meeting. A casual vacancy, is, therefore, not a vacancy caused by any deliberate omission on the part of the company to appoint an auditor at its annual general meeting. (Institute of Chartered Accountants of India v JnanendranathSaikia (1955)25 Com. Cases 53,56(Assam). It denotes a vacancy caused by a validly appointed auditor ceasing to act as such e.g., due to death, disqualification, etc.In the context of a vacancy created in an office through the act of resignation, the observations of the Supreme Court in Moti Ram v ParamDev (AIR 1993 SC 1662) are worth reproduction as under:

"Resignation is the spontaneous relinquishment of one’s own right and in relation to an office; it connotes the giving up or relinquishing the office. If the act of relinquishment is of unilateral character, it comes into effect when such an act indicating the intention to relinquish the office is communicated to the competent authority".

Auditors express their “unwillingness to continue” is the same as resignation

Many a time it is found that as opposed to using the expression "resignation”, companies prefer the usage of the words “the auditors have expressed their unwillingness to continue in office” to explain the proposed change as they find it more diplomatic and palatable. The expression "resignation” evokes negative sentiments particularly from the investors who smell a rat and hence the use of the above expression by way of a palliative. Both lead to the same consequences and it is basically a matter of semantics-a play around words. Hence, if the Statutory auditor is unwilling to continue in that capacity, it tantamount to a resignation which leads to a casual vacancy which to is filled up in accordance with Section 139(8).

The above view is fortified by the following excerpt from the Report of the Companies Law Committee (Ministry of Corporate Affairs )submitted to the Central Govt. in February 2016.

Para 10.3 of the said Report states as under:

“The committee felt that if the auditor was unwilling to continue at any stage before completion of his five-year term, it should be treated as a case of resignation and the provisions of Section 139(8) (casual vacancy of an auditor)for the filling up of such casual vacancy arising due to such resignation should apply”.

Section 139(8)-Appointment in a casual vacancy

Section 139(8) of the Act further provides that where a casual vacancy in the office of the Auditors is filled up by the appointment of a new incumbent through the process prescribed, the new incumbent can hold office only till the conclusion of the next annual general meeting.

The appointment of auditors to fill up a casual vacancy is therefore a mechanism created by the Act intended to overcome the contingency caused by the unwillingness of the previous auditors to continue in office. Hence such appointments shall be governed strictly by section 139(8) and shall not come within the sweep of Section 139(2). Such an appointment cannot, therefore, be construed as an appointment for a “term” as contemplated under Section 139(2) as it is valid only till the next annual general meeting.

The pertinent question that arises is whether the term of office enjoyed by the Auditor to fill up the casual vacancy to be considered as a “term” for the purpose of determining their future tenure with the company, in case the Board is desirous of continuing with the appointment by seeking approval of shareholders for a term of five consecutive years under Section 139(2). Ceteris paribus, since the question also would arise upon completion of the first term of five years, the question that is relevant is whether the auditors can be appointed for a further term of five years, thus making the aggregate number of years of association with the company eleven years including the period of appointment in casual vacancy in sharp contrast with the provisions of Section 139(2).In our view, the answer is an emphatic “yes”, given that the appointment to fill up the casual vacancy is not an appointment which is covered under section 139(2) and hence the appointment for the transitional period shall not come into reckoning under Section 139(2).

A related question which seeks introspection is whether the Board is entitled to recommend the appointment of auditors under Section 139(2) for a term which is less than five consecutive years.

At this juncture, it would be interesting to appreciate the subtle difference in the terminology used under Section 139(2) and 149(10) which speaks about the term of office for the appointment of an independent director.

Due to the terminology used in section 139(2), we need to address the question of whether the auditor is appointed for, say a tenure of four years instead of for five consecutive years. Does the Board have the discretion and flexibility to regulate the tenure? In our view, Section 139(2) is rigid in comparison to Section 149(10) and the appointment for a tenure of five consecutive years at a time alone would appear to pass muster under the said sub-section. The flexibility available under Section 149(10) appears to be lacking where it comes to Section 139(2). The mandate given to the shareholders under section 139(2) is to appoint auditors for one or two terms of five consecutive years each and as long as this objective is met, there cannot be any scope for an aberration under section 139(2). On the other hand, if the tenure is curtailed by the Board subject to the approval of members, the objective of introducing Section 139(2) would appear to be frustrated.

GST: Transfer of Business in the case of Death of Proprietor