An insight into masala bonds 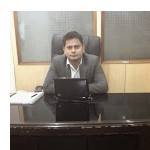 INTRODUCTION: On 29th September 2015, Reserve Bank of India (RBI) came out with a Circular whereby it has allowed the Indian Corporate to issue the Masala Bonds on the terms and conditions mentioned in the said circular. This was further amended on several occasions. In General term Masala Bonds refers to a debt instruments having some exotic features, but the RBI has authorised the issue only normal debt bonds which shall denominated in the Indian currency and issued to offshore investors.

FEATURES OF MASALA BONDS IN TERMS OF RBI CIRCULAR:

PARAMETERS FOR ISSUANCE OF MASALA BONDS

Any Company, Body Corporate, Real Estate Investment Trusts (REITs) and Infrastructure Investment Trusts (InvITs) are eligible issue Masala Bonds, However the Issuer is required to comply with the norms and requirements for issuing Masala bonds (as may be applicable) in the respective country.

The Rupee denominated bonds can only be issued in a country and can only be subscribed by a resident of a country:

Types of Instruments That Can Be Issued

Only plain Vanilla bonds can be issued under framework of RBI for Issue of Rupee denominated bonds to offshore investors. Plain Vanilla bonds are not defined in the RBI Directions however it generally means typical senior unsecured or secured and fixed or floating rate notes.

AUTOMATIC ROUTES: Bonds can be issued under automatic route if the amount sought to be raised by issue of bonds does not exceeds Rs. 50 Billion.

APPROVAL ROUTE: For raising amount more than Rs. 50 Billion through issue of Bonds approval of RBI is required.

End Use of Proceeds

The proceeds raised through Masala Bonds can be used for any purpose except the following:

The exchange rate for foreign currency – Rupee conversion shall be the market rate on the date of settlement for the purpose of transactions undertaken for issue and servicing of the bonds.

The overseas investors will be eligible to hedge their exposure in Rupee through permitted derivative products with AD Category - I banks in India. The investors can also access the domestic market through branches / subsidiaries of Indian banks abroad or branches of foreign bank with Indian presence on a back to back basis.

The borrowing by financial institutions shall be subject to the leverage ratio prescribed, if any, by the sectoral regulator as per the prudential norms.

A withholding tax of 5% shall be applicable on interest income arising to holder of Masala Bonds and capital gains from rupee appreciation are exempted from tax.

Ministry of Corporate Affairs (MCA) vide its General Circular No. 9/2016 dated 3 August 2016, has clarified Indian companies issuing Rupee denominated bonds overseas (Masala Bonds) under the Reserve Bank of India's (RBI) policy on external commercial borrowings will not be required to comply with the public issue and private placement disclosure and listing norms under Chapter III of the Companies Act, 2013 (Companies Act) as well as the provisions governing the issue of secured debentures under Rule 18 of the Companies (Share Capital and Debentures) Rules, 2014 (Debenture Rules). All other provisions of the Companies Act will continue to apply to Masala Bonds.

Further SEBI vide its Circular No. SEBI/HO/IMD/FPIC/CIR/P/2016/67 dated 4th August 2016 has clarified that foreign investment in Overseas Rupee denominated bonds shall be reckoned against the combined corporate debt limit but shall not be treated as FPI investments and hence shall not be under the purview of the SEBI (Foreign Portfolio Investor), Regulations, 2014.

COMPANIES WHICH HAS ISSUED MASALA BONDS

The Masala Bonds issued till date by the Indian Companies has received good response from overseas investors and after the success of bond issued by some companies in the past and the supporting steps taken by policy makers has acted as the motivating factor for other Indian Corporates to go for Masala Bonds issue. The Masala Bond issue can become a game changer for Corporate Debt market of India given its benefits to issuer and investors.