All you need to know about Equalisation Levy 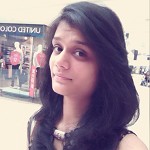 Equalisation Levy was introduced in India in the year, 2016 {vide notification no. 37/2016: F.NO. 370142/12/2016-TPL} with an intent to tax the Business to Business (B2B), E-Commerce transactions/Digital transactions. Provisions of chapter VIII of Finance Act, 2016 deals with the 'Equalisation levy'.

Let's have a look on the provisions deals with the equalisation levy:

Following are the sections, which deals with the provisions related to Equalisation Levy:

1) Charge of Equalisation Levy (Sec - 165): - Sec - 165 deals with the provisions related to the charge of equalisation levy. Equalisation levy shall be charged @ 6% of the amount of consideration payable, for any specified service received or receivable from a non-resident, by -

i. A person resident in India carrying on any business or profession; or
ii. A non-resident having permanent establishment in India.

- Equalisation levy under sub-section (1) shall not be charged in the following cases: -

• The specified service is not for the purpose of carrying out business or profession (i.e. for personal purpose);

• The aggregate amount of consideration payable for the specified service received or receivable does not exceeds Rs. 1 Lakh.

For example: For the month June 2018, the amount of equalisation levy shall be credited to the central government, by 7th of July, 2018.

For example: Mr. A make the payment of consideration for specified service in the month of December, then he shall have to deposit the tax by 7th of January, 2018 and file the annual statement in Form -1 on or before 30th June, 2018.

5) Rectification of mistake (Sec-169): Sec-169 deals with the provisions related to the rectification of any mistake apparent from the records. The Assessing officer is empowered to amend any intimation, to rectify any mistake apparent from record, either on suo moto basis or any mistake brought to his notice by the assessee, within a period of 1 year from the end of financial year in which such intimation, which is sought to be amended, was issued.

Before any amendment, the assessing officer shall give a notice to the assessee of his intention, and shall also give the assessee a reasonable opportunity of being heard.

9) Penalty not to be imposed on certain cases (Sec-173): Sec-173 deals with the provision related to certain cases, in which penalty should not be imposed. Penalty u/s 171/172 shall not be levied, if the assessee proves to the satisfaction of the assessing officer that there was a reasonable or sufficient cause for such failures.

10) Appeal to Commissioner of Income-tax (Appeals) (Sec-174): Sec-174 deals with the provisions related to an appeal to Commissioner of Income - Tax (Appeals). Every assessee, who is aggrieved by an order imposing penalty by assessing officer, may prefer an appeal to CIT (A) within a period of 30days from the date of receipt of order. Appeal to CIT (A) shall be made in such a form as specified and accompanied with fees of Rs. 1000. (Other provisions of sec- 249 to 251 of IT Act shall be applicable).

Appeal to appellate tribunal shall be made in such a form as specified and accompanied with fees of Rs. 1000. (Other provisions of sec- 253 to 255 of IT Act shall be applicable).

13) Institution of Persecution (Sec-177): Sec-177 deals with the provision related to the institution of prosecution which provides that no prosecution shall be instituted against the assessee for offence u/s 176, except with the prior approval of Chief Commissioner of Income Tax.

1) Acc. To the provisions of sec - 40(a)(ib) of IT Act-1961, Any consideration paid or payable to the non-resident, for the specified service, which is subject to equalisation levy, and if such equalisation levy has not been deducted or deducted but not paid on or before the due date of furnishing of return (specified u/s 139), shall not be allowed while computing the income under the head PGBP. Further, such sum shall be allowed in the year in which such sum is paid.

2) Any income arising to the non-resident, by providing the specified service, which is subject to equalisation levy, shall be exempt from tax in the hands of such non-resident.

Disclaimer: The contents of this article have been prepared in accordance with the relevant provisions, and information available at the time of preparation. The views and opinions expressed in this article are those of the author and the author does not take any responsibility and cannot guarantee that no inaccuracy occurs. This article cannot be quoted without the consent of the author.

The author can also be reached at csvaishalijain.leo@gmail.com