All about the Benami Law 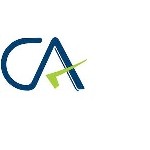 
Various steps have been taken for removal of unaccounted assets by Government like:

Of all the reforms being brought in the Indian economic system, amendments in Benami Law are the most stringent measure taken by the Government.

The objective of the Act is to prohibit Benami transactions so that beneficial owners of property would be compelled to keep the property in their own name. This will reduce legal complexities in the administration of assets and also bring transparency in asset ownership. With the amendments, the old Benami Act has been renamed as the Prohibition of Benami Property Transactions Act, 2016 (PBPT Act).

'Benami' is a Hindi word which means "without a name". The term 'Benami Transaction' is defined under section 2(9) of PBTP Act, 2016.

As per the amendment, the new definition is as follows:

(A) A transaction or an arrangement-

(a) where a property is transferred to or is held by, a person and the consideration for such property has been provided, or paid by, another person; and

(B) a transaction or an arrangement in respect of a property carried out or made in a fictitious name; or

(C) a transaction or an arrangement in respect of a property where the owner of the property is not aware of, or, denies knowledge of, such ownership;

(D) a transaction or an arrangement in respect of a property where the person providing the consideration is not traceable or is fictitious;

Explanation: For the removal of doubts, it is hereby declared that benami transaction shall not include any transaction involving the allowing of possession of any property to be taken or retained in part performance of a contract referred to in section 53A of the Transfer of Property Act, 1882, if, under any law for the time being in force,-

The Act defines 'Benamidar' to be a person or a fictitious person, as the case may be, in whose name the Benami property is transferred or held and includes a person who lends his name to such property. 'Benami property' is defined as a property which is the subject matter of a Benami transaction and also includes the proceeds from such property."Property" under the said act means, assets of any kind, whether movable or immovable, tangible or intangible, corporeal or incorporeal and includes any right or interest or legal documents or instruments evidencing title to or interest in the property and where the property is capable of conversion into some other form, then the property in the converted form and also includes the proceeds from the property.

Implications of a Benami Transaction

1. Any property, which is the subject matter of benami transaction, shall be liable to be confiscated by the Central Government.

2. Benamidar shall not be allowed to re-transfer the benami property held by him to the beneficial owner or any other person acting on his behalf.

3.Where any property is re-transferred in contravention of the provisions of the act, the transaction of such property shall be deemed to be null and void.

Note: The provisions in point (1) and (2) shall not apply to a transfer made in accordance with the provisions of section 190 of the Finance Act, 2016."

4. Person(s) who enter into any Benami transactions shall be punishable with rigorous imprisonment for a term which shall not be less than one year and shall not exceed seven years.

5. In addition to imprisonment, a fine of 25% of the fair market value of the property shall be payable.

6. The Act prohibits recovery of Benami property from the Benamidar by the real owner and where the Benamidar re-transfers the property to the beneficial owner, then the transaction for such re-transfer shall be deemed to be null & void.

7. Properties that are held as Benami are liable to be confiscated by the Government without payment of any compensation.

8. Any person who is required to furnish information under the Act, knowingly gives false information to any authority or furnishes any false document in any proceeding under this Act, shall be punishable with rigorous imprisonment for a term which shall not be less than six months but which may extend to five years and shall also be liable to fine which may extend to ten percent of the fair market value of the property.

The course of Benami Proceedings

Government shall designate an Assistant or Deputy Income-Tax Commissioner as an initiator to initiate proceedings into a Benami transaction. The Assessing Officer can start the investigation by simply sending a notice to the person who can be a benamidar. The initiating officer will have to gather and provide necessary pieces of evidence and documents to ensure that claim to hold property as benami is genuine.

DID YOU KNOW: This can also be held to be a Benami Transaction:

• A company raising share capital which is not able to produce its shareholders to the concerned authorities.