All about Chit Fund Investment - Part 2


Hearty Thanks to all the Caclubindians for the response I got for the first post on Chit Fund Investment.

Read about the first part here

In this part as promised I will discuss about “What is in here for the Chit Fund organiser or the Foremen?”

The foremen organises the chit fund, meaning he will be responsible for starting the chit, getting in people to subscribe for the chit, collecting the amounts, maintaining the accounts, deciding on the winner of the chit every month, paying the winner and so on.

A Foremen over and above what is said and done has to take tremendous amount of risk. Just in case if a subscriber stops paying his amount or irrespective of whatever happens he has to pay the winner and has to continue the chit until the last person gets his money. 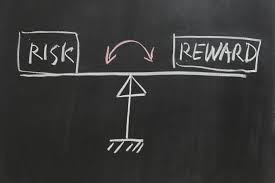 As the saying goes risk is directly proportional to reward only then it makes sense to any person doing business.

What are the rewards to the foremen?

1. The first chit is always to the foremen. There is no discount on the chit. Hence, whatever gets collected in the chit is retained by the foremen. He could use the money to make more money by investing somewhere or giving loans or anything!!

2. Foremen also being a subscriber will get his share of the dividend every month.

3. Every time a winner is decided he gets commission on the amount disbursed. Say 0.25%

4. In case a subscriber stops paying for 3 chits or so that persons amount need not be paid. The subscriber loses his chance to claim the money. The foreman can join some other person on his behalf. Similar to forfeiture of shares.

These rewards multiply with the number of chits he is willing to manage. If he is successful in managing the chits, good in getting strong individuals and has the power to recover the amounts from the subscribers he will make a lot of money.