Advance Ruling under GST - Is it the cure for all? 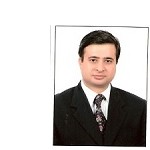 As you all are aware that GST was implemented on 1st July’ 2017. As this was new law and major shift from earlier Manufacture & Sales-Service regime to new regime of Supply. As the law was new Government expected that there would be many grey areas where clarification would be necessary. Every prudent business entity is interested to know with certainty his tax liability and avoid any sort of litigations. Whereas as the law is new and many transactions might have complexities which could lead to issues & disputes like classification of goods or services or both or clarify the exact meaning of any provision of notification etc.

To address this issue government has set up a twitter handle to reply to queries raised by any person @askGST_GOI and @askGST Techhad replied more than 40k queries! (@askGST_GOI handle is deleted recently. Reasons unknown.) But these tweets on Twitter was not to be considered as legal opinion and they are meant only for educational purposes. So tweets were only explanatory purposes and are not legally binding on anyone. Therefore there was a need to set up a legal entity which could address queries of business entity.

'Advance ruling' means a decision provided by the Authority or the Appellate Authority to an applicant on matters or on questions specified in sub-section (2) of section 97 or sub-section (1) of section 100 of the CGST Act, 2017, in relation to the supply of goods or services or both being undertaken or proposed to be undertaken by the applicant(Section 95).

As per Section 98(v) Where the members of AAR differ on any question on which the advance ruling is sought, they shall state the point or points on which they differ and make a reference to the AAAR for hearing & decision on such question. Reference to AAAR was recently made in case of M/s CMS Info Systems Limited, Maharashtra (GST-ARA-08/2017/B-11) dated 19.03.2018 where there was difference of opinion was there between both members.

As per Section 97(2) and Section 100(1) AAR & AAAR there are specific questions/matters which can be decided by them which are as follows:

There are certain issues which should be addressed by the Government

1. No Entity to decide 'Place of Supply'

As mentioned above there are specific matters/questions on which Advance Ruling can be pronounced. The AAR & AAAR are constituted under the provisions of a State GST (SGST) or Union Territory GST (UTGST).

The AAR constituted under SGST or UTGST shall be deemed to be Authority for Advance Ruling in respect of that State or UT. – Section 96

Similarly The AAAR constituted under SGST or UTGST shall be deemed to be Authority for Advance Ruling in respect of that State or UT. – Section 99

Thus it can be seen that both AAR & AAAR are constituted under the respective State/UT Act and not the Central Act. This means that the ruling given by the AAR & AAAR will be applicable only within the jurisdiction of the concerned state or union territory.

Government and GST Council should address this issue and form a central authority for AAR which could address the issues relating to 'Place of Supply'.

In case application is rejected GST Law & Order is silent whether fees paid for getting the order is to be refunded or not? Because if the application is beyond there scope or jurisdiction then prima facie they should not have entertained such application.

Thus there are cases where AAR’s of different states have given contrary judgements on similar questions. For example in case of applicability & taxability of Solar Power Projects judgement in case of M/s Giriraj Renewables, Maharashtra (GST-ARA-01/2017/B- 05)dated17.02.2018 is different to judgement of Karnataka AAR in case of same entity M/s Giriraj Renewables (KAR ADRG 01 / 2018) dated 21.03.2018. Whereas Andhra Pradesh AAR has sought a altogether different views in case of M/s Dinesh Kumar Agrawal (AAR/AP/03(GST)/2018) dated 08.05.2018.

3. Application is not disposed off within 90 days:

The AAR shall pronounce its advance ruling in writing within 90 days from the date of receipt of application. - Section 98(vi)

Time Limits specified U/s 98 and 101 are specific in nature and it cannot be extended further.  Advance Ruling is created as an additional mechanism for smooth implementation of GST Laws. It not part of regular appellate authority as per regular GST Laws. Thus Advance Ruling is governed with specific provisions of law. Therefore time limit for pronouncing judgements cannot be extended as there are no specific provisions for judgement beyond 90 days limit.

But it has been seen that the Authorities are not disposing the application within the time period (i.e. 90days) which is discouraging the assessee from approaching the Authority. It also creates a doubt on legal validity of judgement of Authority if the judgement is delivered after 90 days.

For example Author would like to site few cases where judgement was delivered after 90 days of filing of application:

*Rules cannot override the provisions of Act and time limit is specified in Act itself.

4. No provision regarding withdrawal of application filed before AAR

Powers of AAR & AAAR are as per Section 105 which is as follows:

i. The AAR or the AAAR The Authority or the Appellate Authority shall, for the purpose of exercising its powers regarding -

have all the powers of a civil court under the Code of Civil Procedure, 1908.

Procedure for filing of manual application and other procedures were notified vide Circular No. 25/25/2017-GST dated 21.12.2017 These Notifications speaks about only filing and order of AAR not about withdrawal of application.

As Advance Rulings are governed under Specific provisions of this chapter (Chapter XVII of CGST Act’2017) there is no mention of withdrawal of application once filed for Advance Rulings.

Some cases where withdrawal was allowed by AAR:

5. Non Publication of all decisions on GST Council Website!!

All AAR decisions are not published on GST Council Website within the time by which all face the difficulties in finding the ruling. Problem is on two level

1. Non-Publication of cases for many states!

No case of AAR is reported for following states on website of GST Council:

This could only be possible if there are no decisions in these states.

2. All cases of some States is not published on GST Council website!

Advance ruling is a mechanism to get clarification on matters/questions as specified but there are issues which this AAR cannot address so it would be prudent for Government and GST Council to take some proactive corrective measures to improve this Advance Ruling mechanism. We hope for action at earliest by all concerned stakeholders!

Author is of opinion that if these issues are addressed then this system, which is presently good can be made great system!!