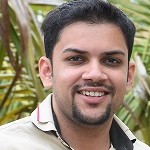 It was 18 years ago when the levy of service tax was introduced with a meagre three services which has now grown manifold to 119 services. The scope of services has widened during the period of time. At present the levy of service tax is based on positive list. That is, only those services are taxable which are specifically mentioned in taxable category of service under Section 65(105) of the Finance Act, 1994. Service Sector enjoys considerable 55.6% of GDP whereas it contributes only 7% in tax revenue to the Government. Further in order to facilitate transition to GST in near future, A concept of negative list has been introduced in the Budget 2012 presented on 16.03.2012 by inserting some proposed new sections in Finance Act, 1994 which will come into effect by way of notification after the Finance Bill gets presidential assent.  Once this concept is given effect the scope of service will be expanded drastically since under this concept every activity which meets the new definition of ‘service shall be leviable to service tax except those which are proposed in negative list and exempted by way of Suitable Notification.

A negative list comprising 17 heads has been proposed in new Section 66D and a mega Notification No. 12/2012-ST dated 17.03.2012. Through this Article We would like to highlight the changes proposed in Service tax in respect of Construction Industry and impact on the same.

Nature of Works Contract- Switchover from Classification to Substance

But with introduction of negative list, all of such unnecessary and illogical disputes will be reduced. Under negative list concept all activities related to construction /real estate and respective abatements will be governed by single so called most famous word ‘works contract’ which has been defined under new Section 65B(54) as under:

‘"works contract" means a contract wherein transfer of property in goods involved in the execution of such contract is leviable to tax as sale of goods and such contract is for the purpose of carrying out construction, erection, commissioning, installation, completion, fitting out, improvement, repair, renovation, alteration of any building or structure on land or for carrying out any other similar activity or a part thereof in relation to any building or structure on land;

Even though the length of above proposed definition as compared to present definition is shortened but there is no change/reduction in scope of the activity included in ‘works contract’. The definition is of widest import and includes in its scope almost all types of works where there is both supply of goods and services. But there may be one issue in question that nowhere in the definition any reference of residential complex has been made. One can take a stand that ‘construction of complex’ is not covered under the definition although complex is also in the nature of ‘works contract’. For sake of clarity if legislative intent is to include the same in definition of ‘works contract’ it would be beneficial to specifically mention the same as is present in earlier/present definition so as to be on safer side.

One of the new terms used among the proposed changes in respect of negative list is ‘declared service’. Basically intention behind introducing ‘declared service’ is to bring those services in service tax net which although would not have satisfied the definition of ‘service’ but should be liable for service tax, in other words deemed service. Another reason may be to remove some ambiguity for sake of more clarity in law, hence, some services have been covered under ‘declared service’ which shall be deemed as ‘service’ even if they apparently does not seem to be fall under the scope of service. The clause (h) of Section 66E reads as under:’

‘service portion in the execution of a works contract’

Now it is settled law in terms of judgments of Courts that a works contract can be segregated into a contract of sale of goods and that of provision of service. This entry signifies that service portion in works contract shall be levied to service tax. Further clause (b) of Section 66E reads as under:

‘construction of a complex, building, civil structure or a part thereof, including a complex or building intended for sale to a buyer, wholly or partly, except where the entire consideration is received after issuance of completion-certificate by the competent authority.’

This clause will also include situation where consideration in respect of complex or building intended for sale to a buyer is received prior to issuance of completion certificate then also it will deemed to be a taxable service and service tax is leviable thereon. This clause is similar to the explanation inserted w.e.f. 01.07.2010 in clauses (zzzh) and (zzg) of Section 65(105). One of the genuine problems being faced by Builders was delay in obtaining completion certificate from Government Authorities which makes them liable for service tax on any amount received before issuance of completion certificate. Therefore, by way of Service Tax( Removal of Difficulty) Order, 2010 certain professionals like Architect, Chartered Engineer and Licensed Surveyor were also made competent authority. But to the contrary Explanation to new Section 66E provides that these professionals shall be treated as competent authority only in those cases where there is no requirement of obtaining completion certificate. This new provision shall result in genuine hardships by builders since it takes much of time to obtain completion certificate from Government Authorities. This clause needs to be reconsidered in light of practical difficulties.

At present valuation of taxable service in case construction services are covered by various provisions which are complex in nature and are many time subject to great litigation and disputes. Under negative list concept it is proposed to govern the whole issue of valuation of taxable service under reconstituted Rule 2A of Service Tax Valuation Rules, 2006. The general provision is to calculate the value of transfer of property in goods involved in the execution of works contract (either taking the value as considered for VAT purpose or ascertaining on actual basis) and deduct the same from Gross amount charged for works contract. In case the value cannot be ascertained, then not as a option but as a compulsion, the value of taxable service shall be treated as follows:

(i) Although the TRU Letter for Service Tax desires its intention to do away with Works Contract Composition Scheme which provides for option to pay service tax at the rate of 4.8% in respect of all works contract (whether original and Other works), but even then it is not crystal clear about the continuity of  this Scheme. If at all this Scheme is continued later on also , then the provision for two separate rates under Rule 2A for original and other works has to be reconsidered.

(ii) It may be appreciated that Rule 2A applies only for Clause (h) of Section 66E in respect of works contract. Neither definition of ‘works contract’ nor Rule 2A make any reference for clause (b) ibid in respect of construction of complex. Now it is matter of great concern

This issue needs clarification whether Construction of complex shall be covered under ‘works contract’ owing to the fact that it has not been specifically mentioned as was mentioned in earlier/present legal position.

It has been proposed to consolidate all exemptions available in service tax under  mega Notification No. 12/2012-ST dated 17.03.2012 and also major changes have been proposed under reverse change mechanism under Notification No. 15/2012-ST dated 17.03.2012. In respect of provision relevant to works contract, where any service by way of works contract is provided BY Individual, HUF or proprietary firm or partnership firm, including association of persons TO Any Company or Body Corporate, then 50% of service tax applicable shall be paid by Service Provider and balance 50% by Service receiver. This provision is intended to increase tax compliance among the small works contractors.

Further following exemptions have been proposed for construction sector under Notification No. 12/2012:

(A) At Sr. No. 12 services provided to Government or local authority by way of works contract of certain specified activities viz. Non-industrial civil structure; historical monument; canal, dam; pipeline, conduit for specific purposes; residential complex for self use etc.

(C) At Sr. No. 14, services in respect of original works pertaining to airport, port or railways; single residential unit and other similar specified activities.

The concerted efforts have been tried to be made towards simplification, increasing tax compliance and widening the scope of service tax to make it comparable with Service Sector Contribution to GDP. Many steps undertaken are appreciable but since the negative list is in its nascent stage of implementation, initially it may face some practical difficulties and may need some convincing and logical clarifications from revenue authorities to implement it in effective way.