On 07th of February, I got an opportunity to attend 68th ICAI Annual Function at Vigyan Bhawan, New Delhi. 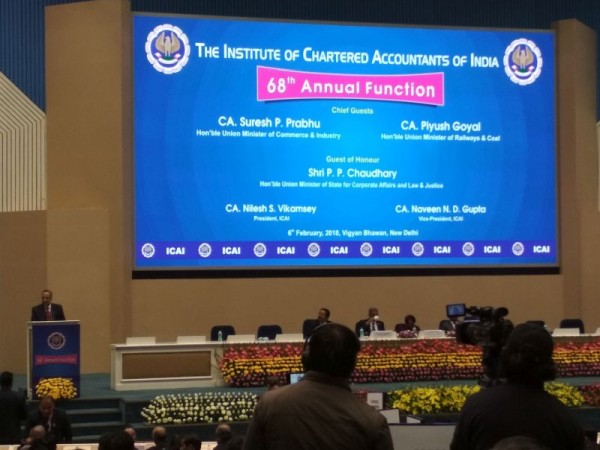 During the event, just after the ICAI President's address about the performance and achievements of CA Institute in the last year. There was one person from the audience (most probably a Chartered Accountant) who stood up and went to the stage to make a plea on the behalf of ICAI Members and CA Students.

A Video of his plea:


3 Main Issues from his plea:

i. For Members: There's an unwarranted increase in the membership fees of the Institute and lack of proper arrangements for the CA Day celebration where many Chartered Accountants could not get entry.

ii. For Students: Mismatch of Nov 17 CA Final results, which clearly raised questions on the integrity of the results declared and transparency of Institute.

As he said 'The result came out on 17th and was changed later on. Initially names of 24,000 students were mentioned in the list sent to branches, but later on it was reduced to 19,000 without any legitimate reason.

What about those 5,000 students who have already celebrated?

What right you (the Institute) have got to play with future of those students?'

Also, another point raised was increase in fees for CA students from the introduction of new course which has resulted to more burden on the students coming into the profession.

iii. For ICAI Employees: On the same day when Institute was celebrating their 68th Annual Function, more than 300 employees of the Institute were on strike for their 7th pay commission, negligent work culture and bad working conditions in the organization.

Howsoever hard Institute may try to turn a blind eye to these issues and complaints, there is clearly something wrong with this bureaucratic and politically ill mechanism which is acting as a deterrent to the Institute's potential to grow by leaps and bounds. 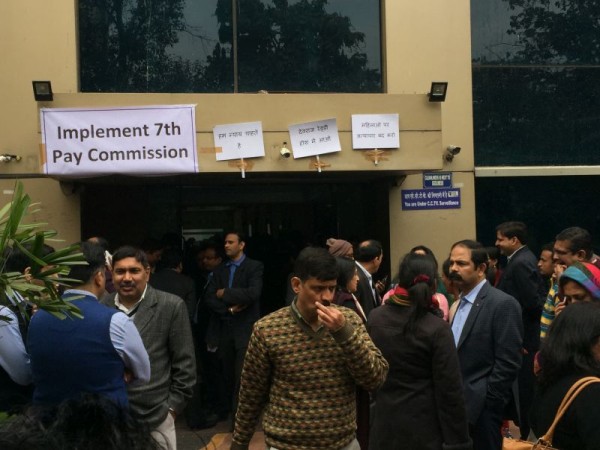 There is no doubt that the Institute and the CA community as a whole have tremendous potential to grow as Global Leaders of the Finance Community. In words of Hon'ble PM Modi "Chartered Accountants are the anchors of the society."

BUT (In capital letters), to hit the nail on the head - this video gives us some logical concerns which are pertinent in the community and cannot be doubted upon. The same should be answered sincerely if we aim for becoming thought leaders.

Questions on Integrity and Approach of Institute towards issues of Students:

As far as students and the issue mismatch of the results is concerned, it is of no doubt the integrity of the institute is in question and the same has to be answered in a responsible manner by the Institute.

So far, institute has only issued a clarification that the results hosted on the website are correct and error free and the internal communication, which has been shared outside, has created confusion and the same shall be ignored.

In my opinion, it has does more harm than good when there are allegations on the integrity of the Institute and it may result in further dampening of public image.

Also, there are other issues like mismanaged GMCS and IT training infrastructure. Issues of batches getting delayed and extended for no reasons. Students struggle finding seats for training batches like it's a Flash sale for a phone and even after paying the requisite fees the facilities and infrastructure provided are not up to the mark.

Trainings have become just like any other bookish classroom lecture and lost their sanctity i.e. to groom the faces of Finance Professions.

As Chartered Accountants, we take pride in being called Best Finance Professionals and clearing world's one of the toughest course but how we are supposed to become global leaders when our young talent has not been given proper opportunity to groom themselves.

In my understanding, earning surpluses and keeping huge amount of cash and investments was not the basic aim behind formation of this apex body. It was to produce quality professionals for the community. The most rational approach for this would utilize the resources in an optimum manner and reinvesting the surplus funds in improving the present infrastructure which clearly lacks quality investments.

The authority will also have the power to investigate misconduct committed by any member or firm of chartered accountants. It will take away significant regulatory powers from the Institute of Chartered Accountants of India (ICAI).

What has worried the CA community the most is the fact that in cases where the NFRA initiates the investigation, no other institute or body can initiate or continue any proceedings.

An individual member engaging in aberrant conduct is unlikely to be deterred unless the punishment is swift and appropriate. It is not possible because the members elect representatives who decide whom to punish and what the punishment should be. It is no longer the well-intentioned mechanism at work. The political process takes over and there will inevitably be compromises.

As per the 68th Annual Report of ICAI for the year 2016-17 - there were only 8 cases (out of 162) handled by Board of Discipline and only 23 cases handled by disciplinary committee respectively in which any punishment has been awarded during the year 2016-2017.

Start Social Listening: ICAI being largest Independent body in India, needs a transparent approach of handling issues from members, employees and students.This can be easily done by starting to obtain feedbacks from students and members to understand what are their issues and complaints.

It takes two to tango:

My whole idea with this write up was not to criticize the Institute or its members for their shortcomings. There also must be some other factors at force which I might have missed to discuss in this article.

But, the biggest question is to take responsibility, not only for the institute but also for us as members of esteemed community. We (Members and students) as part of this community, can stand against the shortcomings and mismanagements and still appreciate, grow and nurture good qualities that the community possess.

The motto of the ICAI is YaAeshuSuptaeshuJagruti. It is a quotation from the Upanishads. The motto literally means "a person who is awake in those that sleep" and in the real essence that's what we need in its letter and spirit.

What's your opinion on this? Please share in the comments below.