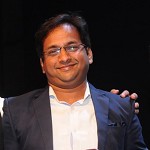 Point 1. These rules may be called the Central Goods and Services Tax (Fourteenth Amendment) Rules, 2018

Author Comment - Rule 12 of CGST Rules 2017 is pertaining to Registration of Persons required to deduct TDS/ TCS. Now the relaxation has been given for Part B to give the name of other state where he has principal place of business. Therefore we can say that Name of the state in Part A and Part B can be different for such E Commerce Operator on which provision of Sec 52 (Tax Collection at Source) is applicable.

Point 3. Removal of words from rule 45(3) After the words ‘received from a job worker, the words, or sent from one job worker to another shall be omitted.

Author Comment -Earlier, a Principal are filling ITC-04 with the below details of goods -

Now After this changes, a principal is not requiring to give the details of goods sent from one job worker to another in the GST ITC-04.

Point 4 to 6. In case of Electronic Invoice - No requirement of any Signature or Digital Signature

Provided also that the signature or digital signature of the supplier or his authorized representative shall not be required in the case of issuance of an electronic invoice in accordance with the provisions of the Information Technology Act, 2000 (21 of 2000). This proviso has ben inserted at three Rules -

Author Comment - The Signature or Digital Signature is not required in case of Electronic Invoice. This relaxation has been inserted for

Point 7. in explanation (b) to sub-rule (5) of rule 89, the following clause shall be substituted, namely:- Adjusted Total turnover and relevant period shall have the same meaning as assigned to them in sub-rule (4)

Author Comment - Rule 89(5) prescribed the formula for refund in case of inverted duty structure. Earlier explanation (b) to Rule 89(5) is as 'Adjusted Total turnover' shall have the same meaning as assigned to it in sub-rule (4). Further in the explanation (a) to Rule 89(5) - Definition of Net ITC use the word 'relevant period'. However the term 'Relevant Period’ has not been defined in this Sub Rule.

Point 8. in rule 96, in sub-rule (1), in clause (a), after the words export goods duly files the words ‘a departure manifest’ or shall be inserted.

Author Comment - Rule 96(1) talks about the refund in case of Export of Goods made on Payment of IGST (Not exported through LUT route). Now As per explanation (a) to Rule 96(1) date of Application shall be deemed when the person in charge of the conveyance carrying the export goods duly files

covering the number and the date of shipping bills or bills of export;

Point 9 - In rule 101, in sub-rule (1), after the words financial year, the words or part thereof shall be inserted.

Author Comment - Rule 101(1) was pertaining to Department Audit u/s 65 of CGST Act. Earlier Rule101(1) - The period of audit to be conducted under section 65(1) shall be a financial year or multiples thereof. Now Part of the Financial Year is also added. Therefore Department can now conduct the Audit for part of FY as well.

(2) The Revisional Authority shall, along with its order under sub-section (1) of section 108, issue a summary of the order in FORM GST APL-04 clearly indicating the final amount of demand confirmed.

Now by virtue of new Rule 109B which deals with Notice and Order in case of Revision. It is stated that any adverse revision by the revisional authority require the

Point 11 - in rule 138, in sub-rule (1), for Explanation 1, the following Explanation shall be substituted, namely- Explanation 1 - For the purposes of this rule, the expression handicraft good has the meaning as assigned to it in notification No. 56/2018-Central Tax, dated the 23rd October, 2018.

Author Comment - Rule 138 talks about Generation of e-way Bill for Movement of Goods. Handicraft Goods has been defined by giving the reference to notification No. 32/2017-Central Tax dated the 15th September, 2017 However Notification No 32/2017 has been superseded by Notification No 56/2018. Therefore the above explanation has been changed accordingly.

Point 12 - after rule 138D, from a date to be notified later, the following rule shall be inserted, namely:-

Provided that the Commissioner may, on sufficient cause being shown and for reasons to be recorded in writing, by order, allow furnishing of the said information in PART A of FORM GST EWB 01, subject to such conditions and restrictions as may be specified by him.

Provided further that no order rejecting the request of such person to furnish the information in PART A of FORM GST EWB 01 under the first proviso shall be passed without affording the said person a reasonable opportunity of being heard.

Explanation:  For the purposes of this rule, the expression "Commissione" shall mean the jurisdictional Commissioner in respect of the persons specified in clauses (a) and (b).

Author Comment - This Rule is not yet made effective. It will be effective from the date to be notified later. Restriction has been imposed for generation of E Way Bill to defaulter of return -

Author Comment - Rule 142 prescribing the provision for Notice and Order for Demand of Amounts Payable under the Act. As per Sub Rule 5 - A summary of the order issued under certain sections (like 74/76/129/130 etc) shall be uploaded electronically in FORM GST DRC-07, specifying therein the amount of tax, interest and penalty etc. Now after this amendment, DRC-07 will be uploaded in case of notice issued under section 75(12).

As per Sec 75(12) where any amount of self-assessed tax in accordance with a return furnished under section 39 remains unpaid shall be recovered under the provisions of section 79 along with interest,

Point 14-15 For FORM GST RFD-01, the following form shall be substituted

Point No 16 - for FORM GSTR 9, the following form shall be substituted

Point 17 - for FORM GSTR 9A, the following form shall be substituted

Point 18 - for FORM GSTR 9C, the following form shall be substituted

Similarly for FORM GST APL-04, the following form shall be substituted

SUMMARY OF THE DEMAND AFTER ISSUE OF ORDER BY THE APPELLATE AUTHORITY, REVISIONAL AUTHORITY, TRIBUNAL OR COURT.

Author Comment - As per new rule 109B inserted vide this notification (Refer point 10 above) - format of APL-03 and APL-04 has also been specified.

Disclaimer: The above discussion is only for education purpose and author will not be held responsible in case of any damages, loss due to reliance on above.