Is GST really included in MRP? 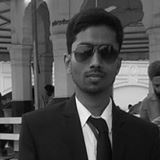 Consumers are confused to see that GST @18% is charging on MRP of TV channels. Whether it is Right or Wrong ? Let's discuss about that.

MRP means Maximum Retail Price that can be charged from the consumers by the seller in India.

All kinds of Taxes like GST, exise etc. and all kinds of expenses like transport cost, delivery cost, packing cost etc. are included in MRP.

Click here to read the meaning of MRP in wikipedia

Is there any law on MRP?

According to Consumer Goods (Mandatory Printing of cost of production and Maximum Retail Price) Bill, 2006, consumers can not be charged more than MRP printed on the packing of the product.

Consumer may file a complaint if any product is sold at more than the Maximum Retail Price printed on the product.

What is TRAI's new system for cable TV channels ?

According to TRAI's new rule, consumers have freedom to choose cable TV channels they want to watch and they have to pay to the service provide the price specified by TRAI.

The payment to Service Provider has two components such as,

Network Capacity Fee (NCF) : It is as like rental charge for your cable TV channel connection. NCF is Rs. 130/- per month for 100 SD (Standard Definition) channels. If you choose more than 100 channels, then you must pay additional Rs. 20 per 25 channels.

Capacity of HD channel is treated as 2 SD channels to determine NCF.

What is MRP for Channel ?

" ‘Maximum retail price’ or ‘MRP’ for the purpose of these regulations, means the maximum price, excluding taxes, payable by a subscriber for a-la-carte pay channel or bouquet of pay channels, as the case may be. MRP declared by the broadcasters will be uniform for every distribution platforms."

It means here MRP is excluding all taxes

What are a-la-carte pay channels ?

a la carte is a French word which means 'according to the menu'. You can see this term in TRAI's new system for cable TV channels. Here a-la-carte pay channel means you can choose pay channels only which you want to watch.

Will there be any discount on a-la-carte i.e. Pay channels ?

"The Broadcaster is akin to a manufacturer producing a product and Distributor of TV channel is like a retailer who sells a product to the consumers. The price of the product is decided by the manufacturer and the retailer cannot sell the product over the MRP. The broadcasters are, therefore, required to declare the MRP of their channel. The Distributors, however, can sell the channel by declaring DRP below MRP."

It means distributors can sell channel below MRP (excluding all taxes).

How Distributors charges for cable TV channels as per TRAI's new regulation ?

Suppose you choose 80 FTA channels and 2 pay channels which costs MRP 10/- each, then your bill is as follows,

Distributors charges GST on MRP of Pay channels. Is it right ?

We all know that MRP means Maximum Retail Price including all taxes. No taxes can be charged upon MRP.

But according to TRAI's regulation MRP means Maximum Retail Price excluding all taxes. TRAI also says that distributor may give discount on MRP and publish DRP (Distributor Retail Price) but GST will be charged on MRP or DRP.

In this case, I think the term MRP is not appropriate for pricing of pay channels by TRAI because it creates confusion in people's mind. If taxes are excluded then this would be called Retail Price or they may use other term, not Maximum Retail Price. I also think that TRAI must justify the matter that why they use the term MRP excluding taxes , otherwise people will be confused.