Empowerment can be defined as promoting women's sense of self-worth, their ability to determine their own choices, and their right to influence social change for themselves and others. This can be further explained in Dr. Devi Shetty’s (Noted Cardiologist of Bangalore) words, that when a male employee is paid a certain amount of salary, only half goes for the family whereas if paid to a woman employee ‘the entire amount goes towards family’s welfare, hence we have 90% female employees in our organisation. This has been done in order to uplift the women power in the society’

The empowerment of women is a necessity for the development of a society, as it enhances both the quality and the quantity of human resources available for development.

Let us delve more onto Educational and the Economic empowerment.

Education is one of the most important means of empowering women with the knowledge, skills and self-confidence necessary to participate fully in the development process. More than 40 years ago, the Universal Declaration of Human Rights asserted that "everyone has the right to education". In 1990, Governments meeting at the World Conference on Education for All in Jomtien, Thailand, committed themselves to the goal of universal access to basic education. But despite notable efforts by countries around the globe that have appreciably expanded access to basic education, there are approximately 960 million illiterate adults in the world, of whom two thirds are women. More than one third of the world's adults, most of them women, have no access to printed knowledge, to new skills or to technologies that would improve the quality of their lives and help them shape and adapt to social and economic change. There are 130 million children who are not enrolled in primary school and 70 per cent of them are girls.

It is important that girls should get educated by choosing the levels as appropriately suitable to each one of them, say Graduate, Post-Graduation, get Professionally qualified and such that. While doing so, there could be obstacles within the family circle and or in society which they should expect. At the same time not allow it to affect or stop them, but overcome it. 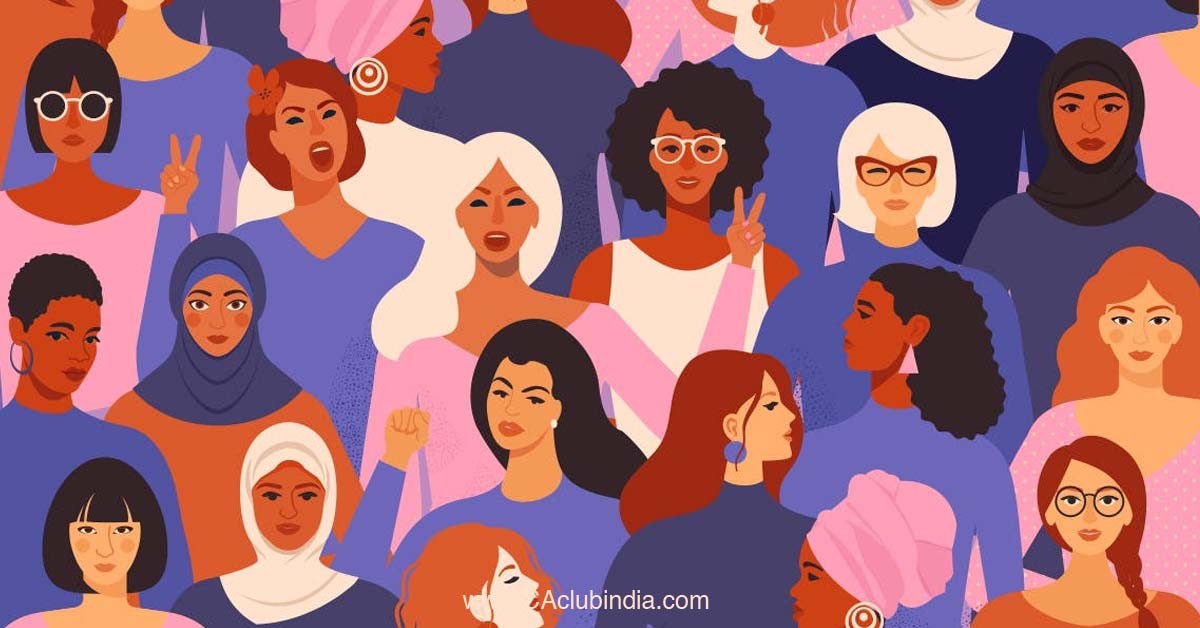 Education does not stop at obtaining a qualification, it is also about getting skilled in a specific domain such as a beautician.

Even till the recent years, Indian society is largely male dominated, especially in non-urban areas. So, it is important for women choosing to get educated or skilled to be adept and able to handle the discouragement the family/society throws at them.

Another important point being, every girl child should aim for completing a course of her choice and work towards achieving the set goal.

In the last few decades, female participation on all arenas is increasing and gaining importance including recognition. It is notable that the present-day rural women lend a hand in Farming activities, which was hitherto a male oriented activity. Families now choose to have a single child being a female, who is much empowered by the parents. These are welcoming signs for women empowerment.

Economic independence is need of the hour for women empowerment. They need to get engaged in income generation. It could be employment or self-employment, as the case be according to individual preferences. Income generation being one part of financial independence. Women shall also make the choice to retain a part of the income so generated for asset creation in their own name. This gives the necessary financial independence.

(a) Establishing mechanisms for women's equal participation and equitable representation at all levels of the political process and public life in each community and society and enabling women to articulate their concerns and needs;

(b) Promoting the fulfilment of women's potential through education, skill development and employment, giving paramount importance to the elimination of poverty, illiteracy and ill health among women;

(c) Eliminating all practices that discriminate against women; assisting women to establish and realize their rights, including those that relate to reproductive and sexual health;

(f) Eliminating discriminatory practices by employers against women, such as those based on proof of contraceptive use or pregnancy status;

(g) Making it possible, through laws, regulations and other appropriate measures, for women to combine the roles of child-bearing, breast-feeding and child-rearing with participation in the workforce.

Some Women achievers who have proved their determination for achievement

As a woman, be proud of yourself! Take the step you deserve.

Want to encourage and empower women? Start right in your own home. Tell your own sister, daughter, or mother how much you appreciate them; Share the household chores so that your wife can pursue her ambitions. At your workplace, pick up coffee for that new mom in your office who’s struggling to balance it all. And at the community level, write a note of thanks to that female teacher who encouraged you years ago.

Nowadays, we notice a post written on UBER Taxis which reads - “This Uber Driver respects Woman”. This should actually be written as - “This Uber Driver participates in propagating every male to respect women”. To add on, for a male to be respectful of women should be an inborn quality!