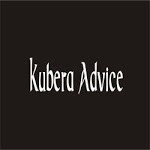 After the end of Income Disclosure Scheme there came surgical strike in the form of demonetization which was a serious blow to the black money holders. Rs. 500 and Rs. 1000 notes were banned by RBI from 8th November and the world of black money and the holders of the same literally devastated to the step taken by the Government. Day by day the various notifications and orders from RBI regarding deposition of the demonetized notes were changing, the crux behind it was to prevent black money to again come into the banking channel.

Meanwhile Lok Sabha had passed the Taxation Laws (Second Amendment) Bill, 2016. The Bill was introduced as some of the existing provisions of the Income Tax Act, 1961 can possibly be misused for concealing black money. This new bill aims to impose a higher rate of tax and penalty in respect of various undisclosed incomes. After the demonetization got over the government is using this new bill as an alternative Scheme which is referred as “Taxation and Investment Regime for Pradhan Mantri Garib Kalyan Yojana, 2016’ (PMGKY)”.

Brief about the scheme-

Under this scheme, the declarant who voluntarily discloses unaccounted, now banned 500 and 1000 rupee notes, (deposited in banks between November 10 and December 30), will be required to pay penalty at 10% of the undisclosed income and tax at 30% of the undisclosed income. In addition, a surcharge called as “Pradhan Mantri Garib Kalyan Cess” at the rate of 33% of tax will be levied on the declarant. In sum, tax, surcharge and penalty will take the total levy to 50% for the unaccounted demonetized cash that is disclosed voluntarily till December 30. Further, the declarant has to deposit 25% of the undisclosed income in a Deposit Scheme that will be notified by the RBI under the ‘Pradhan Mantri Garib Kalyan Deposit Scheme, 2016’. The amount deposited under this scheme will be locked in for 4 years and would be utilised for implementing the schemes pertaining to irrigation, housing, toilets, infrastructure, primary education, primary health, livelihood, etc. After December 30, 85% tax and penalty will be levied on undisclosed wealth that is discovered by authorities. Accordingly, the bill will amend Section 115BBE of the Income Tax Act to levy 60% tax and 25% surcharge for black money holders who discloses after PMGKY ends. Further, an additional 10% penalty will be levied once it is established that the undeclared wealth is unaccounted. In sum, the total levy after PMGKY ends will be 85%.

Mode of declaration: The undisclosed income can be declared online at https://incometaxindiaefiling.gov.in/ or in print format to jurisdictional Pr. Commissioner / CIT along with proof of payment of tax and deposit under the PMGKY scheme.

Taxability under Income Tax: The income declared under this scheme will not be again taxed under any other provisions of Income Tax Act, 1961.

Eligibility: The deposit under this Scheme shall be made by any person who declared undisclosed income under sub-section (1) of section 199C of the Taxation and Investment Regime for Pradhan Mantri Garib Kalyan Yojana, 2016. 25% of the undisclosed income to be deposited in the scheme.

Form of deposits: The Deposits shall be held at the credit of the declarant in Bond Ledger Accounts (BLA) maintained with Reserve Bank of India.

Authorized agencies: Application and amount for the deposit (in the form of Bond Ledger Account) shall be received by any banking company to which the Banking Regulation Act, 1949 (10 of 1949) applies (Authorized Banks) and post offices.

When can a declarant make the deposit into the scheme: The deposits under this Scheme shall be made in a single payment in any of the authorized banks from the 17th day of December, 2016 till 31st day of March, 2017

About Know-Your-Customer (KYC) norms: Permanent Account Number (PAN) is the KYC document for individuals depositing in the scheme. If a declarant does not hold PAN, he shall apply for PAN and provide the details of such PAN application along with acknowledgement number to the bank while making the application. On receipt of PAN, the details may be updated with the bank from which application was made.

Minimum and maximum limit for depositing in the scheme: The deposit by a declarant shall not be less than twenty-five per cent of the undisclosed income declared under sub-section (1) of section 199C of the Taxation and Investment Regime for Pradhan Mantri Garib Kalyan Yojana, 2016. Deposit shall be made in multiples of Rs.100.

Payment options for depositing: The deposit shall be made in the form of cash or draft or cheque drawn in favour of the authorised bank accepting such deposit or by electronic transfer.

About interest: No interest shall be paid for deposits made in this scheme.

Documentary evidence: On deposit, an acknowledgement receipt mentioning name of declarant and amount deposited will be duly authorized and provided by the bank from which application was made. Subsequently a certificate of holding for the BLA will be issued which may be collected from the authorized bank.

Repayment of deposit: Repayment of the deposit will be made after a period of 4 years from the effective date of deposit (ie., date of tender of cash or the date of realization of draft or cheque or transfer through electronic transfer) No, option for premature redemption of the BLA is not available. the BLAs cannot be gifted/transferred to any relative or friend. Transferability of the Bond Ledger Account shall be limited to nominee or to the legal heir of an individual holder, only in the event of death of the declarant.

CA Nitin Hargude - is a Chartered Accountant by profession and founder of KUBERAADVICE.COM, a finance & investment consulting firm.