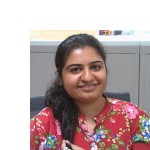 
Law has given one awesome concept called "Substance over form". That means reality is more relevant rather than legality.

Law itself gives more importance to reality, and then we human beings cannot be escaped from accepting it. The Reality !!

It is not about to accept something, it is about to realise the thing which needs to be accepted as a fact.

It is not only applicable to students, it is necessary for everyone. Starting from a home-maker woman to students, professionals, bosses to employees, realisation and reality should be the priority.

I have recently read a good story from a book which has 100 best stories in the world. Once there was a meeting of one multinational company in which all the delegates were present starting from CEO of the company to all the employees. The company was selling the food product for dogs. The discussion was about reduction in sales and profit margin day by day inspite the company had a good reputation in the market and all that necessary points were strong which makes the company a brand. No one was able to answer the question that why sales is decreasing day by day. Suddenly, one person stood up and everybody was surprised as the person was a normal salesman of the company.

He answered, "The dogs do not like our food." People presented there were in shock. Management understood his stand and accepted that their product was not satisfactory to those for whom they made it. The question here was not about telling the truth or answering the most important question. It was about accepting the reality! Company might have all the things which had made it a reputed one in market but the main thing, the core was its product and the changes they needed to make in it and make it worth for the purpose for which it was produced/made/sold.

The story have an attraction of realising the truth, accepting the fact and most important thing is readiness to change if anything is not worth the purpose!!

To face the competition, this is the useful concept. We must accept the strong factors of our competitors. Not only that accepting the reality means to learn from others also as no one or nothing can be perfect. If we can accept the truth, we must try to implement it for better opportunities and decisions also.

In an era of virtual facts (!!!), reality has gone far away and that is also a reality to be accepted!!