Understanding the mechanics of Goods and Service tax

The Goods and Services Tax (GST) is a comprehensive value added tax (VAT) on the supply of goods or services. It is levied and collected on value addition at each stage on sale or purchase of goods or supply of services based on input tax credit method but without state boundaries. There is no distinction between goods or services and they are taxed at a single rate in a supply chain of goods and services till the goods or services reach the ultimate consumer. Its main objective is to combine all indirect tax levies into a single tax thereby replacing multiple tax levies, overcoming the limitation of current indirect tax structure and creating efficiencies in tax administration.

GST is levied at every stage of production-distribution chain. It will facilitate seamless credit flowing across the entire supply chain and across all States under a common tax base.

Salient features of the proposed model are as follows:

The GST shall have two components: one levied by the Centre   (hereinafter referred to as Central GST), and the other levied by the States (hereinafter referred to as State GST).  Rates  for  Central  GST  and  State  GST would  be  prescribed  appropriately,  reflecting  revenue considerations and acceptability.   This dual GST model would be implemented through multiple statutes (one for CGST and SGST statute for every State).

2. APPLICABILITY OF GST TO ALL TRANSACTIONS

It is recommended that the Centre and States should adopt a consumption based GST with no distinction being made between raw materials and capital goods , in avaliment of Input tax credit. GST is based on destination principle, thus tax base will shift from production to consumption of goods. The taxable event is Consumption of goods or services.  As a result, revenue will accrue to the state in which consumption takes place or deemed to  take place.

4. COMPUTATION OF GST ON THE BASIS OF INVOICE CREDIT METHOD

The liability of CGST and SGST is computed the basis of Invoice Credit method i.e. allow credit for tax paid on all intermediate purchases of goods and services on the basis of invoice issued by the supplier. As a result, all different stages of production and distribution can be interpreted as a mere tax pass-through, and the tax will effectively stick on final consumption within the taxing jurisdiction 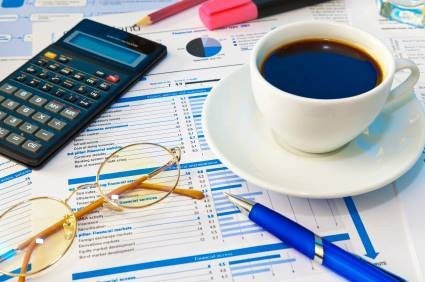 The Central GST and State GST are to be paid to the accounts of the Centre and the States separately.  It would  have  to  be  ensured  that  account-heads  for  all services  and  goods  would  have  indication  whether  it relates to Central GST or State GST (with identification of the State to whom the tax is to be credited).

6. UNIFORM PROCEDURE FOR COLLECTION OF GST

GST is not simply VAT plus service tax,  but  a  major  improvement  over  the  previous system of VAT and disjointed services tax - a justified step forward.

GST is by far one of the most important and voluminous Indirect Taxation reform in India which has far reaching effects. GST Knowledge Series is an attempt to spread awareness of the Proposed GST Regime in clear and concise manner.

It will also provide latest updates on GST to its users from time to time. In case you wish to refer someone for GST Newsletters, kindly write on the below mentioned Email Id.