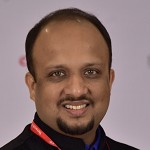 “I have seen the world Son!! Not for nothing I have these gray hair” said Mr. Anand Desai, 56 Years old businessman to his son Niraj Desai, 28 years old professional working with a leading IT company.  “No Dad, I am also a post-grad in technology. Not a kid anymore.”

Well the discussion started with, Niraj wanted to take a term insurance plan for himself and do an SIP to take care of his retirement fund, whereas Mr. Anand was pushing him to buy an endowment plan.

“Lets take your example Dad, you bought an endowment plan for 20 years in 1990 with a sum assured of Rs. 50,000. The plan matured in 2010 and we got a total amount of Rs. 1,02,500 (Sum Assured + Bonus). If we add up the premium paid up in all these years, it itself adds up to around Rs. 52,000. Now, we are thankful to God that you were safe and sound all these years. Let us imagine for two minutes, if something were to happen to you in say 2001 (when I was still studying) then the sum assured which we would have got was to be somewhere around Rs. 60,000- 70,000. What do you think, we would have been able to do with that amount? Also, how significant is the maturity amount which we have received now?”  Said Niraj putting his argument forward.

“You mean to say, I was a fool to do that at that time ?” asked the enraged father.

1. If you wanted to save tax, there was a compulsion to invest Rs. 20K in PPF, 20K in NSC and 20K in LIP. So largely, the government itself made the investment plan for you.

2. The tax rate was high and thus a tax relief was a good enough incentive to take the endowment plan. Retirement planning was not “truly” the concern to invest.

3. The interest rates were high and were themselves enough to beat the erstwhile inflation.

4. Added to that, the stock markets weren’t so well regulated and there weren’t too many players in the mutual fund industry. So you didn’t really have too much of a choice to plan your investments.

Thus, your decision at that time was right to a great extent. But you had made this investment expecting that you will lead a comfortable retired life with the maturity proceeds. Now you think, how sufficient would this maturity amount of Rs. 1,02,500 be to fund your retirement.

In fact, we have been lucky that this amount is almost double than what we have invested in a time span of 20 years. The reason for the same is, the high interest rate era for at least 7-8 years in the earlier tenure of the policy (From 1990-1998). If the similar policy was taken in say year 2000 or today, then due to lower interest rates, the maturity proceeds would not be enough to fund even one year of retirement, forget about the entire retired life” explained Niraj.

“But in a term plan, you won’t get anything back when you survive. Do you?” doubted Mr. Anand.

“Let me explain with the help of this example, Dad. If I take an Endowment Plan with a life risk cover of Rs. 15 Lakhs (which might be somewhat inadequate) and a term of 30 years, my annual premium works out to be around Rs. 50,000. At end of the term, I will receive the sum assured of Rs. 15 Lakhs plus the bonus might make it close to Rs. 28 Lakhs after 30 years. Now, here I have a lower risk cover and even the Rs. 28 Lakhs would be a very insufficient amount for retirement taking into account inflation all these years.

As against this, If I go for a term plan with a life risk cover of Rs. 25 Lakhs (which is quite necessary), I can avail it for a premium of Rs. 3,500 – Rs. 4,000 p.a. I agree that I will not get this amount back, but now at least I am substantially covered for my life risk.

Now, the balance Rs. 46,000 which I am saving, I can invest in some good diversified mutual funds through SIP. That ways, I would be able to generate a return of around 12% on my investments in the long term and would get around Rs. 1.36 Crores after 30 years for my retirement. So I am better off with a higher risk cover, higher retirement kitty and also no obligation to invest every year and also I have complete liquidity available with me. This liquidity would be available to me in the endowment plan only at the cost of surrender charges” Said Niraj.

On this Mr. Anand raised another doubt “If Endowment plans were so bad, why are all the insurance companies launching new endowment plans these days?”

“The reason for all these companies coming up with traditional plans or endowment plans is quite different. ULIP was the hot favourite of all these companies and agents till the time they were allowed to deduct charges as they like and also paid hefty commissions to the agents.

From 1st Sep 2010, new IRDA guidelines have restricted them from high charges and thereby paying high commissions to the agents. Thus, now neither the companies nor the agents are too very interested in selling ULIPs.

Thus, now they are coming up with traditional plans which are even more non-transparent than ULIPs and give leeway to the companies to deduct heavy charges, pay heavy commissions without the investor having remotest idea about the same. Even the agents are being told by the companies to shift their focus to traditional plans by scaring the investors about the markets being at such high levels.” Explained Niraj.

Mr. Anand was thoroughly surprised with all these facts so far. He asked, “So basically it is all commission driven. Nothing else? And how can these people misguide us like this ?”

“There is something lacking at the part of the investors also, Dad. In India, they call it ‘Buyer Beware’. We are hardly beware of what we are buying and why we are buying – especially when it comes to financial products. One of the biggest motivators for us to invest is ‘pass-back’ by the agent. We drive away the fees-based advisor who might be giving some good advise to us even if those products do not fetch him good commissions. That is when these guys start doing wrong-selling of products just to earn high commissions. If we want to get genuine advise and good service, we have to change our ‘Free-Lunch’ mindset. Once the advisors start getting paid for doing right things, they will be more motivated to give genuine advise.”

“You are so very right Son. I was really living in very wrong perceptions.” Said Mr. Anand, having tears in his eyes and smile on his face.

“You are not wrong Dad. Its just that some things which were right once upon a time, may not be right today because of the changing scenario. Ye Sabb ‘Time-Time ki baat hai’ and we got to change with the changing times” Smiled Niraj.

The Author Prof. Saurabh Bajaj (BE, MBE, FRM) is Chief Investment Planner with Nidhi Investments. He may be contacted on saurabh.nidhiinvestments@gmail.com if you have any questions.