The fall of Lakshmi Vilas Bank 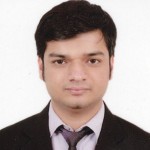 
News is abuzz with the recent downfall of Lakshmi Vilas Bank. An incident that has again shook the confidence of the public in Private sector banks, after the Yes Bank Fiasco not too long ago. Let us try and understand the series of events that led to the current diabolical situation that the bank has landed itself in.

Lakshmi Vilas Bank was founded in 1926. It was then led by Shri V.S.N. Ramalinga Chettiar and was mainly localized to the Karur region of Tamil Nadu. It saw significant expansion during the 1960s when it acquired nine other banks and started expanding its operations beyond the state of Tamil Nadu.

The Chief Executive Officer of the bank, Parthasarathi Mukherjee, resigned from the position citing personal reasons. The merger was still pending RBI approval.

Religare Finvest filed a complaint against the bank, and an FIR was registered by The Economic Offences Wing, Delhi. The complaint was related to an adjustment of Religare Finvest's deposits to the dues of RHC Holding and Ranchem Private Limited.

The Reserve Bank of India initiated Prompt Corrective Action against the bank after an on-site inspection. The action was taken due to high NPAs, insufficient capital adequacy levels negative return, and high leverage. The action would not have any impact on the day to day operations of the bank.

The RBI rejected the proposed merger between the bank and Indiabulls Housing Finance. The bank did not disclose the grounds on which the merger was rejected.

The RBI imposed a penalty of INR 1 crore on the bank for non-compliance with the certain provisions of the directions issued by RBI on the 'Income Recognition and Asset Classification' norms. 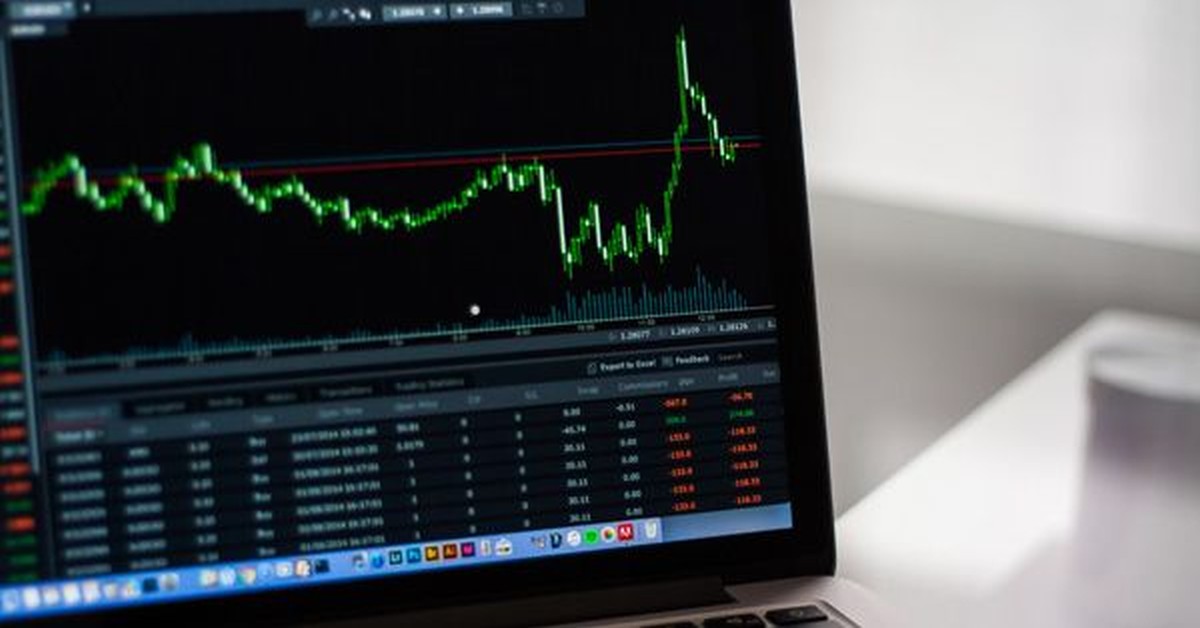 The bank signed a preliminary, non-binding Letter of Intent with Clix Finance India Private Limited concerning the proposed amalgamation of Clix Group with the Bank.

The bank announced that the mutual due diligence process for the merger with Clix Group was substantially complete and both parties are in discussions on the next steps.

The AGM of the bank was held through video conferencing. At the AGM, a section of shareholders who were unhappy with the management of the bank and sharp deterioration of financials opposed the appointment or re-appointment of seven directors and auditors-

Following is a glimpse of key ratios of the company to get a gist of deteriorating financials.
(Source: Moneycontrol)

CARE Ratings downgraded the ratings of various instruments issued by the bank, totaling INR 618.70 crores, due to the weak financials of the company.

The company reported its Q2FY21 performance, where it sustained a loss of INR 397 crores. The auditors raised concerns on the going concern assumption as they said that the sustainability of the bank is dependent on its ability to improve liquidity, asset quality, and capital base.

The bank is put under moratorium by the Finance Ministry with effect from November 17, 6 pm till December 16, 2020. The bank will not be able to make a payment exceeding INR 25,000 to its depositors without written permission from RBI. The RBI is also superseding the board of the bank for 30 days in light of the serious deterioration in the financial position of the bank.

RBI also unveiled a draft scheme to merge the bank with DBS Bank India Limited. DBIL to bring in additional capital of INR 2,500 crores upfront to support the growth of the merged entity.

As per the draft scheme of amalgamation, the entire amount of the paid-up share capital will be written off.  However, this is only a draft scheme, and the final scheme will be prepared after taking into consideration the representations from various stakeholders.

Since as per the draft scheme, shareholders will get nothing, the share price of the bank has been locked at Lower Circuit for the past 2 trading sessions and even today (20th November 2020) as the post is being written. 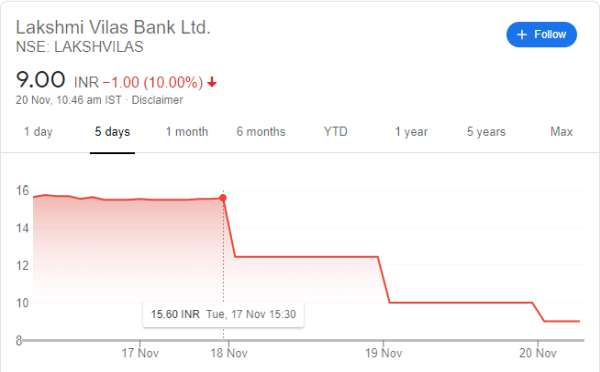 Source: Google Finance
(Step like pattern going downwards is due to the stock hitting Lower Circuit for past 2 sessions and current session)

Opinion- Swift action of RBI to prevent another bank from going under will provide relief to the depositors, though the confidence in private sector banking has been shaken. However, the investors are on the wrong end of the scheme as the equity shares of the bank have been rendered worthless and theoretically will continue hitting the lower circuit until any protection is provided for the investors in the final amalgamation scheme.

Although equity shareholders are the primary risk bearers in any company, such a decision might impact the confidence of individual and retail investors in the stock market and they may grow to vary of direct route of investing.

As the events unfold, I sincerely hope that investors are provided with a certain degree of protection and can salvage some value from their investments.

About: The author is a practicing chartered accountant and a keen follower of the stock market news. Can be reached out at shubham.singhal@capksinghal.com