The Downfall of Rupee - Cause and Effects 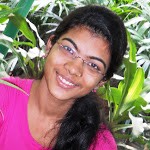 Freefall (noun) - A sudden drop in the value of something that cannot be stopped.

Does it remind you of what the rupee has been doing in the past couple of months?

Over the past few years, India’s current account deficit (CAD) has been financed majorly by foreign money. The slowdown in the US economy and potential benefits of investing in emerging India, attracted foreign capital. India also opened up routes for further foreign investment through the FDI. But it hasn’t seen much success due to red tapism, political instability and protests against the FDI policy in pockets across the nation.

In the recent months, India has been suffering setbacks at a rapid pace. With growth slowing down to merely 5% for the financial year 2012-13, the lowest in a decade, money was slowly being pulled out of the economy. The economic growth in the April, 2013 to June, 2013 quarter has been just 4.4%, the Government announced last week, the lowest for the quarter since 2008. The Economic Survey 2012-13, stated that by the end of December 2012, reserves stood at $295.6 billion. At this level, reserves provided about seven months of import cover only. The low foreign exchange reserves have cautioned the Government from taking any drastic measures.

In May, 2013, the US Government, announced recovery of their economy, in the coming months. Their fiscal stimulus package and quantitative easing (policies implemented by the US Government which increased money supply in the economy) would be withdrawn by year-end (leading to lowering of dollars circulated in the market). This has made matters worse leading to further pullout of foreign money out of emerging economies like India, Brazil, Indonesia, etc. Standard & Poor’s (S&P) and Fitch, renowned credit rating agencies, had cut their outlook on India to negative last year. S&P reiterated the possibility of downgrading India’s rating to "junk" on worsening public finances, a slowing economy and persistent political gridlock in New Delhi.

Politically too, India has been going through a rough period with the current Government taking absolutely nil economic reforms and blaming the global slowdown for almost everything. Political instability and slow decision making are not picturing India in a good light, internationally.

None of the measures taken by the Government seem to be helping, as the rupee continues its slide downwards. Government policy formulations, increase in import duties, liquidity tightening measures, changing rates for deposits of non-resident Indians, and passing of Food and Land bills have not been effective, to be frank. The Food Security Bill passed in the last week of August (which the Congress-led UPA II Government had promised to implement within 100 days of forming a government in 2009), will add to costs (at present levels) by around Rs. 1.3 lakh crores annually. The Indian Government has also approved stalled projects in oil, gas, power, road and railways sectors worth Rs. 1.83 lakh crores to revive the economy and boost the falling currency. The Prime Minister assures the full impact of the reforms will be seen in the coming year, resulting in higher growth.

Manoj Daga, MD at Norben Tea & Exports Ltd, a tea producing Company, says, “We export tea mainly to Germany and the USA. The volatility in the currency markets hasn’t impacted us negatively. Our raw materials and processing are completely indigenous so the costs of processing haven’t increased for us. But for Companies importing their raw materials or capital goods, etc., the costs of production are increasing because of the fall. They have to play safe and hedging becomes compulsory in such a scenario.”

For Zomato, an online restaurant portal, fast expanding its reach worldwide, the fall in rupee hasn’t impacted operations. “The fall in the value of our currency has not impacted our industry because we dabble in food, something which people will indulge in irrespective of the USD-INR relation. On a macro level, the consumer behavior still remains positive,” noted Content Analyst at Zomato Kolkata, Ishita Shah.

“To my understanding, the present economic scenario is very delicate and we shouldn’t expect major changes in the real sense until after the General Elections. It’s like dashing between the devil and the deep blue sea! You try and manage one economic indicator; the other ones go out of control. The management of the factors has to be well thought of and properly executed. Decision (rather, indecision) making at the highest levels have impacted businesses adversely,” said CA Manoj Pasari, Sr. General Manager, Accounts at the Ambuja Neotia Group.

When asked about whether the manufacturing sector is taking advantage of the weakened rupee to push exports, Sajjan Jindal, Chairman and MD of JSW Steel responded to the leading financial newspaper, Economic Times, “The devalued rupee is such a huge fillip to the manufacturing sector. Last year, we exported 1.5 million tonnes of steel. This year, we may cross four million tonnes. I see 100% pick up in exports. CAD won’t be $70 billion. It will be much less.”

All said and done, we can be hopeful that the Indian economy will soon see the flourishing success it had tasted around a decade ago, and if not all, at least some of the economic reforms taken by the Government will bear fruit. The fresh steps to stabilize the economy, announced by the new RBI Governor, Raghuram Rajan, may just be the beginning of a long but fruitful journey.