On the 23rd of September, 2019, CA students from all across the country started a protest against the Institute of Chartered Accountants of India. The students were demanding reforms in the evaluation process of the ICAI. Every year lacs of students write the CA exam but the passing percentage is always in single digits. Whether it is the students who are to be blamed or the institute this has been a debatable topic for very long. After the results of the CA exams, May/June 2019 were announced students from all across the country had gathered at ICAI headquarters, ITO, New Delhi to protest against the loopholes in the evaluation system and how it is putting the future of thousands of students at stake. Many students came forward with their scanned answer scripts, students had claimed that the answers that they had written in the exam were exactly the same as the suggested answer of the institute, yet they were not awarded marks. Some very renowned faculties like CA Praveen Sharma, CA Neeraj Arora came in full support of the students, they were protesting and demanding to make the evaluation system fair and transparent. 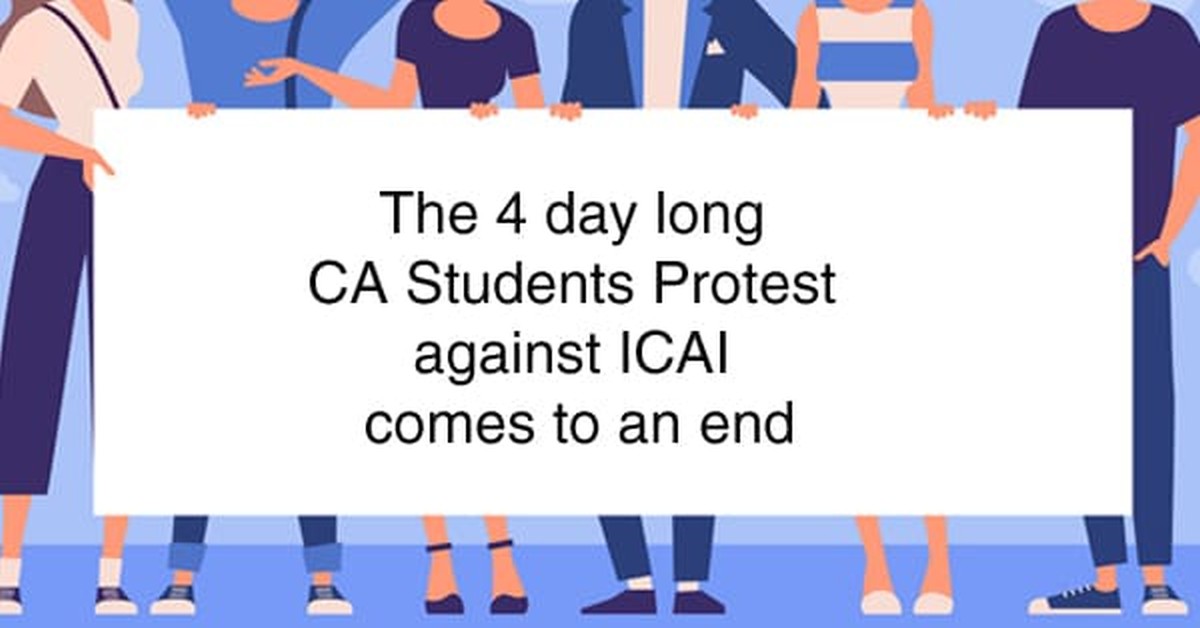 A similar protest was carried out last year, after the declaration of the results. The faculty of the CA curriculum had made videos in which they talked about how students are not awarded marks even after writing the correct answer. The students of the ICAI and the teachers gathered and protested that the Institute should make the evaluation process more fair, transparent, and reliable. The Institute in response to the agitation had promised the students that a committee will be set up that will look upon this matter and focus on making the system more robust. The teachers had also demanded that the CA exams which were then completely subjective type should be made objective type, which will help in fighting the loopholes in the checking process. The CA exams that were conducted in June this year were made 30% objective type. For which the students and the teachers had expressed their gratitude to the Institute. 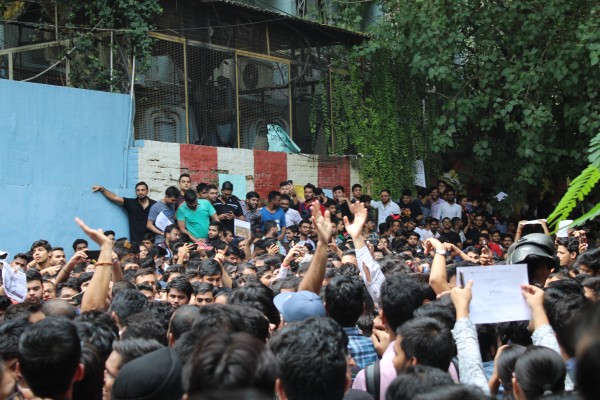 Results of May/June 2019 attempt were announced and a different picture came out. Introducing MCQs could also be of no help. On day 1 of the protest, a renowned faculty presented the answer script of one of the students who had been awarded straight away 0 marks for some of the objective type questions that he had attempted right. The faculty said there are around 500+ copies which prove that the checking system is flawed and requires urgent attention. The students were demanding that the rechecking option should be made available to the CA students whereby any student unsatisfied with his/her marks can avail for rechecking. The institute has currently made available the reevaluation and reverification options but not rechecking. 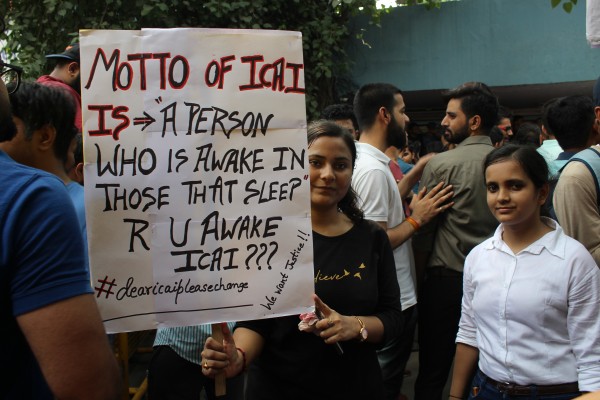 The protest continued for four days. Every day teachers, rank holders, and pass outs joined the students. Not only in Delhi but students were protesting outside 181 centers of ICAI all across the country. It was unbelievably hot and humid yet there were hundreds of students who were shouting and fighting for their rights. They were demanding the institute to amend clause 39(4) and give them the right to rechecking. The ICAI in response made many announcements in which they said that the students should submit a memorandum and they are looking into the matter but no assurance was given to the students. Big media houses like ANI, Zee Business, ET, etc. had come to cover the protest, it was all over the newspaper, and no. 1 trending on Twitter. On day 4, which was the last day of the protest the President of the ICAI addressed a press conference in which he told the media that the council will form an independent committee, the committee doesn’t constitute any member of ICAI, it has been formed by MCA with sole purpose to amend clause 39(4). The protest came to an end with this announcement on the fourth day.  Do you think the Committee will amend clause 39(4) or the students will continue to suffer from the loopholes of the system?