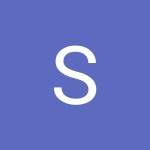 Are we aware that the Income Tax Department cannot deny credit of TDS to the recipient of TDS even though there is a default in payment by the deductor?

No. We were not. The Income Tax Dept cannot deny credit. There was recent judgement passed by High court in favour of assessee claiming TDS even though there was a default in payment by the deductor of the assessee.

The gist of case is as under:

We don’t have to worry whether our deductor has paid our TDS to the Government. We need to ensure that we have received the consideration amount less of TDS and Form 16/16A has been received by us.

Hope this judgement is very much useful for professional like us.