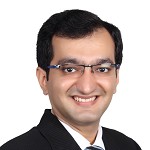 
Ever wondered, when Virat Kohli hits centuries on cricket grounds situated outside India, which country shall have right to tax his income arising from such play? Or when the audience outside India gets Goosebumps listening to the voice of Arijit Singh, how the said income shall be taxed?

The taxation rights of Artistes and Sportspersons are decided by the specific article in treaties entered into with various countries by India. This article is gaining importance because of increase in number of international stage shows, global concert tours, international sporting events and the enormous revenues involved. If this article was not present in treaties, sharing of taxation rights of Artistes and Sportspersons would have become a very difficult task; reason being such persons enjoy high mobility (They can easily move their tax residency to tax haven countries), diverse income and that such income is often earned in many countries. The Country of Residence (COR) shall tax such Artiste or Sportsperson on the basis of residence rule and the Country of Source (COS) shall tax him on the basis of source rule. This leads to tax war between countries. Hence, Article 17 comes to the rescue to decide taxation rights between countries.

The Domestic Income Tax Law of India contains special provisions to tax non-resident. The Income Tax Act, 1961 (“Act”) is broad enough to tax the non-resident Artistes and Sportspersons, whose income is accrued, deemed to be accrued or received in India. The provisions of treaty or the Act whichever is beneficial for such person shall apply. Hence, it is in the interest of the country that the domestic income tax act should be wide enough to cover all persons, generating all kinds of incomes from various activities. This is because when the treaty between countries gets amended by mutual consent, the domestic law has to be broad enough to cover the same.

The treaties generally contain article number 17 for Artistes and Sportspersons. The article name in all the three model tax conventions is different as below:

Even though nomenclature used in all MCs is different, the wordings of all the three MCs lead to inclusion of a particular category of persons. The text of the article starts with “Notwithstanding….” This implies that the provisions of this article shall override the articles mentioned. Even if this article had not contained such non obstante clause, still specific provision would have overridden the other general articles.

The terms “Entertainers”, “Sportspersons”, “Artistes” and “Sportsmen” are not defined anywhere in the treaties. The same needs to be understood in general sense and having regard to the examples given in MCs and Treaties. The term “Entertainer” includes persons such as a theatre, motion picture, radio or television artiste or a musician. These examples act as a guiding line to decide persons covered by this article. Earlier, the treaties used the word “Sportsmen”. To make it gender-neutral, almost all treaties have replaced the term with “Sportsperson”.

Article 17(1) gives taxing rights of income of Artistes and Sportspersons to a country of source. It states that:

Let us take an example. The singer Justin Bieber visits India for a performance.

Assuming he is tax residence of USA, USA becomes his country of residence and India becomes his country of source. As per the article, India shall have right to tax Justin Bieber for his performance in India. However, USA may also tax him based on his residency or citizenship. However, USA shall allow him a credit of taxes paid in India as per the relevant article between India-USA tax treaty.

All the three MCs use source based taxation. This means taxing rights have direct nexus with the place of performance. Does this mean that the country of residence shall not have any right to tax such Artiste or Sportsperson? The answer is No. The words used in article 17(1) are “may be taxed in that other state”. This implies the country of residence has not given up its right to tax in its entirety. The residence country may tax the same as per its domestic tax law. However, credit of such taxes paid shall be available to such person as per the article on “Methods of Elimination of Double Taxation”. The home country shall either exempt such income or give credit of taxes paid on doubly taxed income in the source country. All the three MCs have similar wordings except USMC, which has a basic exemption of $ 20,000. This implies if the income earned by such person does not exceed $ 20,000 in a year, then the same shall not be subject to tax in the source country.

Article 17(2) states that when an Artiste or a Sportsperson exercises his personal activities, but the income arising out of this accrues to some other person, then in such case also the source country shall have right to tax that other person. This is an anti-avoidance measure.

The important and conclusive factor of this article is “performance”. Once in a lifetime performance is also covered here.

To be termed as an artiste:

Let us take an example where Salman Khan is an actor as well as director of a film.

The film requires shooting in Switzerland. The entire team visits Switzerland for shooting including Salman Khan. However, he does not act as an actor at that place. He only acts as a director. A director cannot be an Artiste or an Entertainer. Hence, income derived by Salman Khan in Switzerland shall not be covered by this article.

Further, in case of such dual roles, important factor is whether activities predominantly are of performing nature or performing element is a negligible part. Income is to be attributed accordingly. Also, in this case, the team visiting Switzerland shall include cameramen, choreographers, composers, crew, designers, producers, sound technicians, and so on. These persons are not covered by this article because of the fact that there is an absence of element of “performance”.

A writer is not considered as a performer and hence outside the purview of this article.

For example, Writer Chetan Bhagat publishes a novel. The income arising from this shall not be covered here. However, income of Chetan Bhagat from reading his novel in a show shall be covered by this article as it will have an element of performance.

Few other examples of persons covered can be circus artistes, comedians, DJs, VJs, magicians and persons not covered can be umpires, match referees, interviewers, journalists, painters, photographers, radio personalities, sculptors, speakers at conferences, tour managers, models in fashion shows. There has been an argument that models in fashion show may be considered a form of entertainment for spectators, many of whom may attend as much to see the models as to see the clothes they wear. Where a model appears in a commercial, they may be considered to be acting.

It is to be noted that existence of Permanent Establishment is not a precondition for taxation under this article. Further, number of stay in source country is not relevant. Also, if an Artiste or a Sportsperson is employed by a Company and such person gets salary in his residence country for various performances in other countries, then such salary income shall also be governed by Article 17 and consequently, such salary income shall be taxed in the country of source where the performance took place.

The article allows the source state to impose a tax according to its domestic law, without any limitations. There is no guidance in Article 17 regarding the tax base, tax rate and form of collecting tax. Moreover, there are no strict rules on the deduction of expenses. All of these important elements are left to the source country’s domestic tax law.

The scope of incomes covered in this article also includes income from advertising and sponsorship if it is related to performance. Eg. M. S. Dhoni wears Logo during the Match. Also, income from preparation and training is also covered here. Hence, Indian Cricket Team goes to Australia to play a series and fly in 3 weeks in advance to practice on the ground, income earned from such activity is covered under this article. It is interesting to note that the activities of political, religious and charitable nature are also covered here if the element of “Entertainment” is present.

A practical controversy may arise in a case where a non-resident Artiste or Sportsperson performs in India and earns Income. Under section 115BBA, such persons are taxed at the rate of 20% on Gross Income basis. However, the residence country may tax such person on net basis after allowing expenditure for such performance. The excess tax paid in source country shall not be allowed as credit. This does not solve the problem of double taxation. Let us take the earlier example where Justin Bieber performs in India. Let us assume he earns gross income of $ 10,00,000. He incurred expenses for such performance to the tune of $ 7,00,000. His net income is $ 3,00,000. Assuming tax rate in USA @30%,

Tax payable in USA = Nil. However, excess tax paid in India of $ 1,10,000 shall not be allowed to be carried forward for set off under ordinary credit method. This leads to double taxation to that extent.

Practically, if Article 17 is strictly applied, it will be a barrier in cultural exchange between countries. Hence, contracting states are free to amend the agreement as per their convenience and the states should amend the treaties in a way to build healthy relations.

Bio: Mr. Arun Valera is a First Generation Entrepreneur and a member of the Institute of Chartered Accountants of India with merit ranking in one of his CA exams. He is also a Law Graduate.

Disclaimer: The content of this document has been prepared by the Author. No assurance is given that the revenue authorities / courts will concur with the views expressed herein. The views of the Author are based on the existing provisions of law and its interpretation, which are subject to change from time to time. The Author does not assume responsibility to update the views consequent to such changes. It is only for the purpose of education providing only general information on the subject and is not an exhaustive treatment of such subject. The Author is not by any means providing any professional advice or service. This information is not intended to be relied upon as the sole basis for any decision which may affect you, your business or any third person. Professional Advice should be sought before making any decision. The Author shall not be liable to any person for any claims, liabilities or expenses whatsoever sustained by any person who relies on the contents of this material.