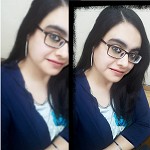 The Internal Audit Standard Board of the ICAI has, with other pronouncements, issued five Standards on Internal Audit (SIAs) in November 2018. The SIAs are a set of minimum requirements that apply to all members of the ICAI while performing internal audit of any entity or body corporate. However these are not mandatory to be undertaken by other professional bodies such as Cost Management Accountants and Company Secretaries.

Need for Standards on Internal Audit

The following internal audit related pronouncements have been issued:

The principles can be summarised as follows:

SIA 220 deals with the connotations of the Overall Planning of the Internal Audit function for the whole entity. As per Rule 13(2) of the Companies Act 2013, it is mandatory for the Audit Committee of the Board to formulate overall Internal Audit Plan.

'The Audit Committee of the company or the Board shall, in consultation with the Internal Auditor, formulate the scope, functioning, periodicity, and methodology for conducting the internal audit.'

As mentioned above, the planning is done in two phases, this standard deals with the requirement of the audit plans to be made periodically.

As per the definition given in the standard, Internal Audit Evidence refers to all the information used by the Internal Auditor in arriving at the conclusion on which the auditor's opinion is based.

To allow the Internal Auditor to form an opinion on the outcome of the audit procedures completed.

Internal Audit Documentation refers to the written record (electronic or otherwise) of the internal audit procedures performed, the relevant audit evidence obtained and conclusions reached by the Internal Auditor on the basis of such procedures and evidence

This Standard applies to all internal audit assignments. The nature and content of documentation is covered in a separate implementation guide on the subject.

The Preface to the Framework and Standards on Internal Audit are applicable for all internal audits beginning on or after a date to be notified by the Council of the Institute. In case of SIAs issued by the ICAI for which a Guidance Note is already in existence, the Guidance Note will stand withdrawn from the date on which the Standard comes into effect. https://www.icai.org/new_post.html?post_id=597

The author can also be reached at carubneetanand@gmail.com