Special Valuation Branch of Customs and its assessment 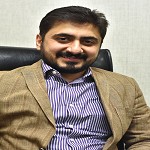 In an era of globalization and technology, it is common for a person to import goods from various countries. Especially in a growing economy like the Indian economy, such kind of imports plays an important role in terms of technology development and growth of domestic manufacturing. Many at times, it is cheaper for manufacturers to procure the raw material from different countries than procuring the same domestically. This can be due to various reasons like availability of better technology in the exporting country or the quality of the products, specific requirements of the clients in India and so on.

“ Ram and Shyam are brothers. Ram has a car which he wants to sell. Shyam showed his desire to purchase that car for his use. Ram offered Shyam a price of Rs 1 Lakh for the car, being totally aware that he can sell the car in the open market for Rs 150,000/-. But because Shyam is his brother he wants to give him a special discount."

The discount given by Ram to Shyam is quite natural and is human phenomenon. The same behavior is often seen between the corporates who are related to each other may be as a Holding – Subsidiary, Sister Concern having one or more holding regulators etc. Therefore when ever these companies buy and sell goods with each other, the sale is done without adding any profit margin or not at normal market value. This is called an influence on the price of goods due to the relation between the companies/parties.

3. As far as pricing between the related companies is concerned it can be a part of corporate strategy, obligations or through an agreement. But from the perspective of Revenue, this kind of business behavior leads to evasion of taxes / duties. Let us consider an example of an Indian Company ( Importer) who is importing a particular product from its parent company in JAPAN at an invoice value of $5000 and pays customs duty on the said value. But if that Indian concern or any other importer imports the same product from an unrelated supplier, then the invoice value would be $ 8000 and applicable customs duty is to be paid on $8000.

4.  In the aforementioned scenario, the Customs authorities, is losing customs duty on $ 3000 since the parties are related. To curb the loss of revenue and to deal with such kind of scenarios, the authorities developed a Specialized Branch of Customs. . This branch of customs is called “SPECIAL VALUATION BRANCH Of Customs (SVB).

5. SVB is a Branch of the Custom House specializing in investigating the transactions involving relationship between the supplier and the importer and certain other special features like Technical Collaboration between the parties, Royalties, License Fee or any other payment made etc.SVB examines whether the relationship between the exporting party and importing party has influenced the price of the goods imported in India.. In respect of Technical Collaboration Agreements and Joint Venture Agreements, the terms and conditions of these agreements are examined to arrive at the conclusion, whether the existence of such agreement has influenced the invoice value of the imports.

6. As per Rule 2 (2) of Customs Valuation (Determination of Value of Imported Goods) Rules,2007 (Customs Valuation rules),persons shall be deemed to be "related" only if:-i) they are officers or directors of one another's businesses ii) they are legally recognized partners in business ; iii) they are employer and employee; iv) any person directly or indirectly owns, controls or holds 5 per cent or more of the outstanding voting stock or shares of both of them; v) one of them directly or indirectly controls the other ; vi) both of them are directly or indirectly controlled by a third person; vii) together they directly or indirectly control a third person; viii).they are members of the same family .According to Explanation I to Rule 2 (2) of the Customs Valuation Rules,, the term "person" also includes legal persons. Further according to Explanation II to Rule 2 (2) of the Customs Valuation Rules, Persons who are associated in the business of one another in that one is the sole agent or sole distributor or sole concessionaire, however described, of the other shall be deemed to be related for the purpose of these rules, if they fall within the criteria of this sub-rule (2) of Rule 2.Apart from the above, those who are having Collaboration Agreement, Technical Assistance Agreement or any other agreement / contract with the foreign supplier are also required to register with SVB.

7.  The CBEC Circular No 11/2001 –Cus dated 23.02.2001 provides the procedure for registration/finalization of cases referred to SVB. The importer who is related to the supplier is required to furnish a declaration about the relationship at the time of filing of Bill of Entry in the Appraising Group. On examination of the circumstances of sale and keeping in view the invoice value of identical or similar goods, the group will make a reference to SVB for further investigation of influence of relationship on assessable value. The SVB of the major Custom House, which is located proximate to the Head or Corporate Office of the importer, would handle the investigation into valuation of such importer. The Application or representation for registration for SVB assessment cannot be made by the importer himself. All references shall be made through the Appraising Groups of Customs at the time of filing of the Bill of Entry. On receipt of the reference from Appraising Groups, the case is registered in SVB and a Provisional Duty Circular (PD Circular) for provisional assessment is issued. Copies of the same are issued to the importer and to the Appraising Groups as well. The importer shall indicate the PD Circular No. at the time of provisional assessment of all their imports in the Appraising Group and execute PD Bond with 1% Extra Duty Deposit (EDD) on the assessable value of the goods. Along with the PD Circular, a questionnaire known as SVB Questionnaire is also issued to be filled up by the importer along with the list of all documents required to be submitted. If the importer does not file the reply to the SVB Questionnaire within 30 days the EDD may be increased to 5 % till the finalization of the assessment.

8. On receipt of replies to the SVB Questionnaire and other documents, the SVB will examine the same and call for any other additional information that is required. In order to prove that the price has not been influenced by the relationship the importer can demonstrate the following –

(i) the transaction value of identical goods, or of similar goods, in respect of sales to unrelated buyers in India;

(ii) the deductive value for identical goods or similar goods; and

Value of Similar/ identical goods– to the SVB can resort to this method, if the prices at which identical/ similar goods are sold to unrelated buyers in India are available. In practice, such values are either not available or are higher than the transaction value. SVB can reject such value on various grounds such as Quality factors, Commercial factors etc.

Computed value– This kind of valuation is resorted to in cases where the seller is prepared to supply to the authorities the necessary costing of the export goods and to provide facilities for any subsequent verification which may be necessary .In practice, seller is seldom ready to furnish the information regarding his commercial accounts.

Residual method– As the name suggests, this valuation is used when none of the above methods are applicable Valuation is done according to the best judgment of SVB.

9.  On completion of submission of the documentation and written submissions, the Importer shall be granted an opportunity of being heard. Accordingly, a personal hearing shall be granted before the Asst/ Deputy Commissioner, Customs. Once the case is finalized by the SVB, the provisional assessments pending in the Appraising Groups will be finalized and the EDD paid at the time of provisional assessment will be adjusted in accordance with the SVB order.

10. The order by SVB is passed based on the replies / documents furnished by the importer and is in operation for a period of 3 years. When a reference is made to the SVB, the assessment is done on the value of the goods already imported or to be imported in the next 3 years. In case during the 3 years if the importer wishes to import set of goods which were not included in the SVB order/ assessment earlier, then the SVB order has to be amended to that effect after assessing the value of new goods afresh. If the importer is having continuous imports over a period of time extending beyond 3 years, he has to file replies and documents at least 3 months before the expiry of 3 years, so as to take up the renewal of the case. If there is no change in the terms and conditions of the agreement, or pattern of invoicing, the same shall be specifically stated by the importer in the form of an affidavit. On examining these documents, the SVB order issued in the past will be renewed for a further period of 3 years. If there are no imports from the related supplier beyond a period of 3 years, there is no need for renewal of the SVB order and the file of the importer will be closed in SVB the records.

11.  In all the cases where the importer is aggrieved by the order passed by SVB, the importer may file an appeal with the Commissioner of Customs (Appeals), against the SVB order. This right of appeal is also indicated in the preamble attached in the order- in –original passed by the SVB.