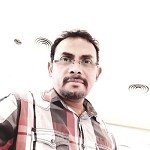 This article attempts to explain the method of recovering the costs incurred by an organization on specific software used to render / deliver the services. Thus, this is more service industry specific.

The cost of software is one of the major expenses being incurred by various organizations in today’s world. Primarily for many reasons, the software can be classified as systems software and applications software.

·         System software includes operating systems, which govern computing resources. Today large applications running on remote machines such as Websites are considered to be system software, because the end-user interface is generally through a Graphical user interface (GUI), such as a web browser.

·         Application software includes end-user applications of computers such as word processors or Video games, and ERP software, Animation software for groups of users.

Let us consider the example of Animation industry where the 2D/3D/VFX work is to be done using various software. Software cost is next to Manpower cost and the Facility cost. Even though these are Fixed costs in nature, there should be some manner in which these can be recovered. This may be the number of man hours put to work during a period. In most studios, this is even more than the Facility cost. Thus, this plays a crucial role in pricing decisions. The Organization needs to spend a considerable amount in procuring various software which should be used to generate the “effects” to the input images. From a pricing point of view, these software costs can be grouped as:

The License costs which are generally valid for life may be recovered over a period of say 2-3 yrs but before next version of the software is expected.

The subscription costs and annual maintenance costs are generally for one year and hence should be recovered over a period of one year.

In order to arrive at the denominator for recovery for various verticals, the man hours which are budgeted for each of the vertical should be taken into consideration. The budgeted man hours are can be arrived as below:

The Budgeted Man Hours should be calculated for each of the vertical (2D/3D/VFX/Gaming etc). This denominator should be used for dividing the three software costs depending upon the life the software cost.

The rate so arrived at will be the rate per man hour. This can used as the budgeted recovery rate for every man hour estimated on forth coming projects to evaluate the profitability / viability of the project.

The same methodology can be used to compute the actual man hours worked on various projects so as to evaluate the actual profitability of the projects.

Since the output is to be delivered in seconds (which is the unit of measure), the rate per hour may also be expressed in seconds.