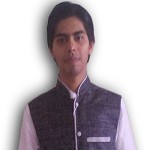 You might have got loads of memorandum copies, finance bill copies and other things from various platforms, this article we shall not copy paste whatever given in those instead let's try on trying to apply those things on how it might affect us or how it is to be read on.

Another thing to be noted is every year after a budget is laid down, a debate, and discussion happens and until it is incorporated in Act, it goes through several amendments and hence in case if you are not in favor of change, do keep your hopes high J

We Citizens have been given opportunity by every government which presents budget to have its say, for this budget it was provided up to 20th January, 2020. Which on a majority is never taken seriously by citizens and hence would request the readers to grow awareness on this in case you got any suggestion you can provide it to the government via online measures?

Moving ahead this article we have given data trying to simplify things as much as possible, any misinterpretation of any proposed budget feel free to mention the same in the comments section for others to get exact proposed

a. This is the most hot topic as of now, Further the budget has given a different set of calculation of tax for individual and HUF, and it is optional.

b. Further in case if you are planning to opt for the same do remember the following points

ii. You Cannot Claim Exemptions of (Means while calculating income do not reduce the following)

iii. From my perspective this new tax rate is suitable for HUF's however. I put my view as this has been brought to make people habituated and align towards upcoming DIRECT TAX CODE (DTC) which anyway was being rumored to have no exemptions.

iv. NUMERIC EXAMPLE BEING, Let's take a example of Yash & Rahul their total earning taxation is as provided below

Figures are hypothetical; we are trying to provide you the way of working out tax

4. Reducing the rate of TDS For Technical Services

a. Budget Proposes this is applicable only that if you are seller of goods having following

b. Then we need to collect more amounts at the rate of 0.1% from such customer and pay to government.

a. Existing situation require businessmen to get tax audit if his turnover is more than 1 crore, now the budget proposes that the limit would be increased to 5 crores with a condition that

b. If both condition satisfied then only tax audit not required up to 5 crores.

c. However for TDS Deduction limit etc, it says if individual or huf conducting business has cross turnover of 1 crore in last year then from this year need to start deducting TDS (Whether opted for 5 crore or not).

Now in form 26AS details are available only with respect to Tax deduction and tax collections and hence govt has proposed to remove this and come up with a form where it would contain along with TDS/TCS Also details of share purchase, land purchase etc.

FROM ABOVE POINT IT SEEMS LIKE BOOK KEEPING, ADVISORY, CONSULTING SERVICES WOULD BE ON RISE TO PROVIDE CLIENT WITH COMPLIANCE IN ACCORDANCE WITH PROVISIONS OF LAW.

The author can also be reached at cayashchopra@gmail.com