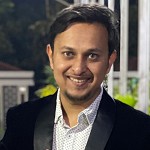 In the traditional lending process, a bank makes a loan, maintaining it as an asset on its balance sheet, collecting principal and interest, and monitoring whether there is any deterioration in borrower's credit worthiness.

This requires a bank to hold assets until the repayment of the loan. The funds of the bank are blocked in these loans and to meet its growing fund requirement a bank has to raise additional funds from the market. Securitization is a way of unlocking these blocked funds.

• One of the most prominent developments in international finance in recent decades and the one that is likely to assume even greater importance in the future is securitization.

• Securitisation is the process of pooling and repackaging of homogenous illiquid financial assets into marketable securities that can be sold to investors. Basically Securitisation is a method of raising funds by way of selling receivables for money.

• The process leads to the creation of financial instruments that represent an ownership interest in or are secured by a segregated income-producing asset or pool of assets. The pool of assets collateralizes securities.

• These assets are generally secured by personal or real property (e.g. automobiles, real estate, or equipment loans), but in some cases are unsecured (e.g. credit card debt, consumer loans). 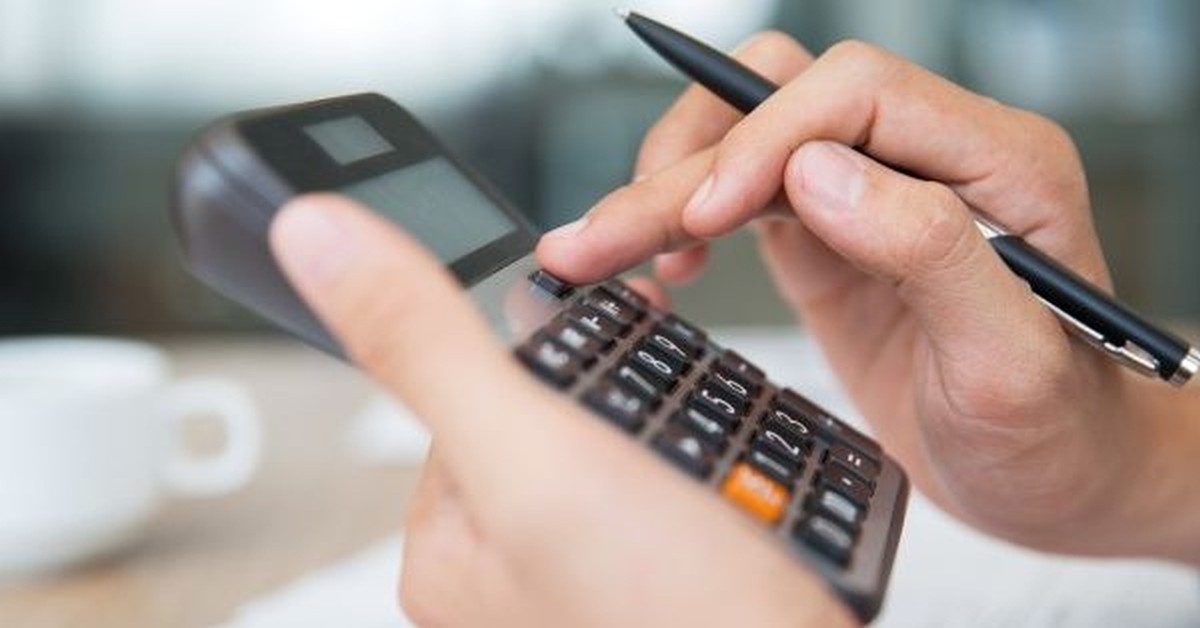 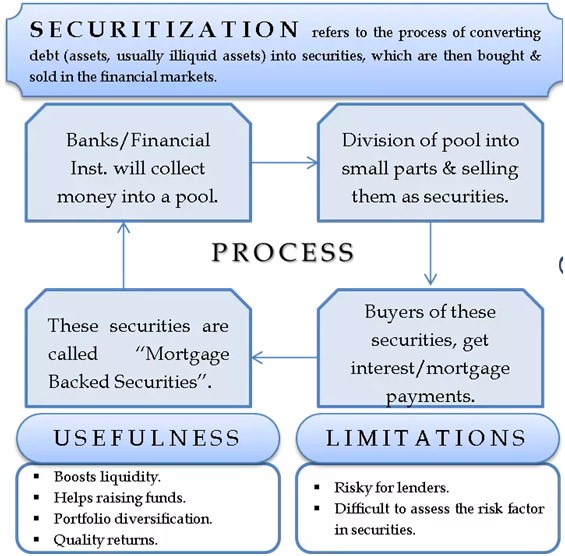 EVOLUTION OF SECURITIZATION IN INDIA:

• Non-performing Assets (NPAs) constitute a real economic cost to the nation because they reflect the application of scarce capital and credit funds to unproductive uses. The money locked up in NPAs are not available for productive use and to the extent that banks seek to make provisions for NPAs or write them off, it is a charge on their profits.

• Prior to the enactment of SARFAESI, the banks had to take recourse to the long legal route against the defaulting borrowers beginning from filling of claims in the courts. A lot of time was usually spent in getting decrees and execution thereof before the banks could make some recoveries.

• The Debt Recovery Tribunals (DRTs) set up by the Govt. also did not prove to be of much help as these get gradually overburdened by the huge volume of cases referred to them. All along, the banks were feeling greatly handicapped in the absence of any powers for seizure of assets charged to them.

• All these issues gave the passage for evolution of the Securitisation and Reconstruction of Financial Assets and Enforcement of Security Interest Act, 2002 (SARFAESI Act). This Act is a unique piece of legislation which has far reaching consequences and has overriding power over the other legislation and it shall go in addition to and not in derogation of certain legislation.

HOW SECURITIZATION IS REGULATED IN INDIA?

• The Act enables the banks and financial institutions to realise long-term assets, manage problems of liquidity, asset liability mismatch and improve recovery by exercising powers to take possession of securities, sell them and reduce non- performing assets by adopting measures for recovery or reconstruction.

• The said Act further provides for setting up of asset reconstruction companies which are empowered to take possession of secured assets of the borrower including the right to transfer by way of lease, assignment or sale and realise the secured assets and take over the management of the business of the borrower.

• The main purpose of the SARFAESI Act is to enable and empower the secured creditors to take possession of their securities and to deal with them without the intervention of the court and also alternatively to authorise any securitisation or reconstruction company to acquire financial assets of any bank or financial institution.

• The SARFAESI Act, 2002 has empowered the Banks and Financial Institutions with vast power to enforce the securities charged to them. The Banks can now issue notices to the defaulters to pay up the dues and if they fail to do so within 60 days of the date of the notice, the banks can take over the possession of assets like factory, land and building, plant and machinery etc. charged to them including the right to transfer by way of lease, assignment or sale and realize the secured assets.

• In case the borrower refuses peaceful handing over of the secured assets, the bank can also file an application before the District Magistrate or Chief Metropolitan Magistrate for taking possession of assets.

• The Banks can also take over the management of business of the borrower. The bank in addition can appoint any person to manage the secured assets the possession of which has been taken over by the bank.

Banks can package and sell loans via “Securitisation” and the same can be traded in the market like bonds and shares.

The Hon'ble Supreme Court held that though some of the provisions of the Act 2002 be a bit harsh for some of the borrowers but on those grounds the impugned provisions of the Act cannot be said to unconstitutional in the view of the fact that the objective of the Act is to achieve speedier recovery of the dues declared as NPAs and better availability of capital liquidity and resources to help in growth of economy of the country and welfare of the people in general which would sub-serve the public interest.

HOW DOES SECURITIZATION HELP?

• Securitization helps in boosting liquidity in the market. Moreover, it helps financial companies to raise funds.

• If a company has already exhausted its funds by giving loans but wants to give more loans, then it can use securitization to raise more funds.

• Such a company can club its assets in the form of a financial instrument and then issue them to the investors.

So, the process helps the companies to raise funds and give more loans.