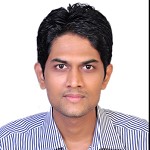 
Transfer pricing provisions seek to ensure that there is fair and equitable allocation of taxable profits amongst the tax jurisdictions. In cases where the underlying transaction is held not to be at arm's length, a primary adjustment is made to align the transfer price with the arm's length price ('ALP') which is known as primary adjustment. However, it does not address the additional cash benefit which accumulates from the non-arm's length pricing of the underlying primary transaction (i.e. the other AE has effectively retained such excess/differential funds).

On 31 March 2017, India's Finance Bill, 2017, presented before the Indian Parliament on 1 February 2017, received Presidential assent and was enacted with effect from 1 April 2017. From a transfer pricing (TP) perspective, the two key changes relate to the introduction of a secondary adjustment provision and an interest limitation rule.

However, an exception has been carved out according to which, such secondary adjustments shall not be carried out by the taxpayer if -

The CBDT, vide Notification no. 52/2017 dated 15 June 2017 prescribed the rate and manner of computing interest, etc. The interest rate will be as follows:

Rule 10CB prescribes the time limit for repatriation of primary transfer pricing adjustment is summarized below:

The author can also be reached at ca.pratik.bhavsar@gmail.com