Registered office & signatory of shell companies are under scanner 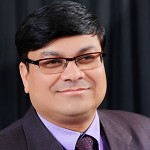 
In a further drive to smooth up the Indian Corporate Sector after taking up diverse stringent actions in opposition to the shell companies keeping in view the ultimate target of preventing the generation and circulation of black money, the Modi Government has taken one very ambitious step of tagging and verification of registered office and director/ key managerial person post the big decisions e.g. Strike off of shell organizations, KYC of Directors identify the ghost directors, linking of Aadhar with PAN and Directors Identification No. (DIN), disclosure of loans and deposits and so forth with a view to tagging of registered office of the companies geographically.

It is observed and reported through the various government agencies and authorities that there are lot of cases wherein the registered office of the companies as mentioned to Registrar of Companies were either do not exist, not in use or with incomplete / incorrect address. Similarly, it was observed that during many instances, the directors or KMP of the shell companies have not taken any responsibility citing that he was not aware about the registered office of the company in spite of the fact that they are the signatories of concerned companies.

In order to fix the responsibilities of such signatories and to perceive the genuineness of the registered office of the company, the Government has step up to start the geographical tagging of registered office.Hence, the Central Government has required each and every company which were incorporated on or before 31st Dec, 2017 to file an e-form 'ACTIVE' (Active Company Tagging Identities and Verification) by making the Companies (Incorporation) Amendment Rules, 2019 within 60 days from the date of passing of such order i.e. on or before 25th April, 2019 as per powers given to Central Government in the Companies Act, 2013. Further the Central Government has also categorized the companies based on the prescribed criteria in 2 classes i.e. COMPLIANT and NON-COMPLIANT, which will be allocated as per the status of filing of this e-form.

In this e-Form, MCA has made it mandatory for the companies to attach the photograph of the registered office of the company displaying outside building as well as internal office showing the presence of the concerned director or KMP who's digital signature shall be attached whilst filing this e-form 'ACTIVE' upon payment of the requisite fees. The Company shall not be allowed to file this form if it has not filed its financial statements or annual return up to date. Moreover, this form shall be certified by the Practicing CA, CS or CMA who shall be responsible to ensure the identity of the company, its e-mail id and address of its registered office primarily based on the perusal of originals. Such certifying professional is also required to keep the printout of such files in their custody.

How to Get This Procedure Complete

For this procedure, the concern director shall be required to go to the registered office to get the photograph in the office. Now the companies which are working in fake offices or where many companies are functioning in one small office will be recognized and brought up for additional analysis, evaluation and required action. Further, it will be very difficult for such companies which are running and working in residential /unsuitable/fallacious places because it will no longer be an easy choice to add the pictures of such places as registered office because there is nothing mentioned in these rules. Likewise, it is beneficial for the certifying professional to arrange a visit to such office by him/ her or associate to ensure the authenticity of the same. He can also opt for verification of the external and internal office by arranging a video conference or proper video recording that's his / her professional judgment and would purely discretionary on his or her part.

Though this is a one-time procedure at present, but can be repetitive in coming time as by this technique, government is willing to identify the faux address of the companies and the ghost directors who aren't without a doubt not at all participating in the company's business and the government desires to fix up their duties and responsibilities. The consequences of non-filing will be severe and if the company is not able to file the e-form on or before than 25th April, 2019, it can file the same after the due date only by paying filing fee of Rs. 10,000/-. Further the Company will be marked as 'ACTIVE – NON-COMPLIANT' which shall be reflected on MCA website, on or after 26th April, 2019 if the company does not intimate the requisite details in the form. The Company shall also be responsible for action u/s 12(9) of the Companies Act, 2013 whereby the Registrar shall remove the name of the company from its register if he has reasonable cause to believe that company is not carrying on any business or operations and is not having a genuine registered office at which the communications may be send to the company. In case of the Companies which failed to file the e-Form ACTIVE on or before due date and marked as “ACTIVE-Non Compliant', such companies shall be barred to make any further changes in respect of the authorized capital, paid-up capital, signatories, registered office, amalgamation and demerger.

Vision of the Government and Conclusion

Modi Government implied that it has the confidence that it will come in the power again and can  take the risky and volatile steps at the verge of declaration of Lok Sabha Elections ,without being concerned about the vote bank politics.It has also prove that it will leave no stone unturned to curb the generation and circulation of the black money. This is a good sign for the overall development and strengthen of the economy of the country.