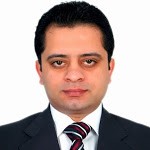 Subsection 3 of Section 54 is reproduced below for reference:

'(3) Subject to the provisions of sub-section (10), a registered person may claim refund of any unutilised input tax credit at the end of any tax period:

Provided further that no refund of unutilized input tax credit shall be allowed in cases where the goods exported out of India are subjected to export duty:

Provided also that no refund of input tax credit shall be allowed, if the supplier of goods or services or both avails of the drawback in respect of central tax or claims refund of the integrated tax paid on such supplies.'

Second Proviso further restricts the Refunds by specifying that Refund will also not be allowed if the Goods Exported are subject to Export Duty.

Third Proviso specifies that the Refund of ITC shall not be allowed if the supplier avails drawback of Central Tax or claims refund of IGST paid on such supplies.

Both the Second Proviso and Third Proviso should apply to the Refund of ITC in case of zero-rated supply without payment of Tax, and not to the Refund in case of Inverted Tax Structure. However, both these provisos are placed such that these are interpreted to apply to Refund of ITC in all cases i.e. zero-rated supplies without payment of tax as well as Refund in case of Inverted Rated Goods. Field Officers are interpreting the provisos in such manner and are restricting the Refunds to Exporters of Inverted Rated Goods. Let us understand this with an Example:

A person makes outward supply of Goods Taxable at 12%, uses Inward Supply to manufacture those Goods. The Inward Supplies are taxable at 18%. The Person is entitled to claim Refund of Input Tax Credit accumulated due to Inverted Tax Structure. Assuming the person makes Domestic Sales of Rs.100/- , Tax on outward supplies will be Rs.12/-. And assuming the Raw Material is 80% of the Sales, Tax on Inward Supplies will be Rs.14.40. The Person is entitled to claim Refund of Rs.2.40 on account of inverted tax structure.

Now the same person, instead of making Domestic Supplies, makes Export of Rs.100/- with Payment of Integrated Tax, and claims Refund of IGST of Rs.12/- on account of Export. Now as per Third Proviso to section 54(3), since the person has claimed Refund of IGST paid on the supplies, the person cannot claim Refund of Rs.2.40 (accumulated on account of inverted tax structure). The Exporter making supplies of Inverted Rated Goods is at disadvantageous position vis a vis the Person who is making Domestic Supplies.

The Exporters have always treated favorably vis a vis Domestic Suppliers, that is why the Exports are zero-rated and even incentives are also given to Exporters. This cannot be the intention of the Law Makers to deny Refund of ITC on account of inverted Tax to Exporters who have claimed IGST on the Export of such goods.

Either a clarification should be issued by the Department on the issue, or the wordings of the Section should be suitably amended to give Refunds of Inverted Tax to Exporters (who have claimed Refund of IGST) also, as is being given to Domestic Suppliers so that both are treated at par.

DISCLAIMER: The contents of this article have been prepared on the basis of the relevant provisions and as per the information existing as on 27/12/2018. The views of the author are personal and cannot be relied upon before any authority, without the written permission of the author. The article is meant for general guidance and the author disclaims any liability for any loss arising to any person acting or refraining from acting on the basis of any material contained in this article. It is recommended that professional advice be sought based on specific facts and circumstances.

The author can also be reached at camohitgaba@gmail.com