Recapitalization of Banks and its Implications 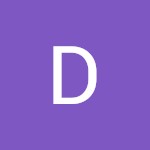 In simple terms recapitalization means adding fresh equity in to banks. Since GOI is the major shareholders of the PSB they have to inject the capital if the banks are struggling to survive. This Injection is called as RECAPITALIZATION.

1. Slowdown in the economy has led to twin balance sheet problems. Balance sheet of the banks and corporates are getting in to the worst condition. Corporates are not able to pay back on time and going towards insolvency and on the other side banks assets are getting deteriorated. Increased amounts of NPA is creating hurdles in routine operations of the bank.PSB are facing large amount of capital erosion due to NPA.As balance sheet of the banks are not reflecting good pictures of the banks operations, investors are in distress and trying to sell the shares in market. Market value of shares are constantly decreasing.

By infusing the capital, GOI is expecting to revive the operations of the bank and trying to partially improve the balance sheet of the banks. This will help the banks to write off their bad loans and further their lending ability will also increase. It will further give relief to the distressed investors as well.

2. Compliant with Basel III norms: BASEL III are the international capital regulations that has to be followed by every countries. As per the Basel III norms, every bank has to maintain capital adequacy ratio. (CAR).Capital adequacy is a measure of a bank’s financial strength expressed as a ratio of capital to risk-weighted assets. Hence, more capital is required to be able to give more loans.

To understand how Basel III norms are having impact on the banks and NPA we will take one example.

If Bank grants loan of 100rs, they have to maintain 10Rs as a separate capital base. One customer of the bank got insolvent and not able to pay 5 Rs loan and it turned in to NPA.

Now, after recognizing 5Rs as NPA, new picture will be
Loan: 95 Rs

Capital base: 5 Rs.(CAPITALBASE SHOULD BE 9.5 BUT IT IS MUCH LESS THAN REQUIRED LIMIT)
WHY?

Because, on the other hand bank has taken deposit of let say 5 Rs. And in any case bank has to pay back to its depositors and bank will payback its liability from its capital base of 10rs. And thus it has been reduced down to 5rs instead of 9.5 Rs.

Now, this shortfall of 4.5/- Rs is erosion of the Capital due to NPA.

At present, in banking sector there is a shortfall of 1.8 lac crore Rs to be compliant with Basel III norms. This infusion will help the bank to comply with the Basel III norms that will come in to force by 2018 or 2019.

Recapitalization process has been designed in 3 ways:

1. Budgetary allocation: 18,000 crore
2. Banks through private sector: 58,000 crore has to be raised from the market by the bank
3. Issue of recapitalization of bonds: 1.35 lac crore which will be used to buy more shares in public sector Banks (features of bonds are not clear yet)

• Due to recapitalization bank can lend more money to the corporates. It is supposed that due to credit growth in the market there will be more business expansion which will generate more employment leading to more productivity and all these factors will contribute in GDP Increment.

• Recapitalization bonds will carry certain % of interest which GOI has to pay to its investors. This amount of interest will lead to the increase in the fiscal deficit. However it is countered by the government by mentioning that dividend earned from the banks will offset the interest incurred on bond.

GOI will purchase the shares of the bank out of the money generated from bonds. Thus holding of the government in the banks will increase. If bank can perform well with the new capital in future then it is expected to declare good amount of dividend which can offset fiscal deficit.

Well for this, we have to wait and see how well recap bonds will perform in future. If dividend is greater than interest then it will be win win situation for the GOI.

• As per the recap process, bank has to raise 58K crore by their own from the market. Banks were already expected to raise 1.1 lac crore from Indra dhanush scheme. But banks have raised only 21000crore till now. Due to bad loans and consistently poor performance of the bank, the faith of the investors are very much affected. Shares of the PSB are already being traded at discount. Considering the present scenario banking analyst have questioned the ability of the banks to raise the fund from the market.

• Infusion through budgetary allocation of 18000 crore will come from public money i.e. tax payers money. This is sort of moral hazard. This part of the scheme can have two dimensions. 1. Economic dimensions 2. Moral Dimensions. Eventually citizens of the country is compensating the loss anticipated by the willful defaulters and big corporates by not paying their liabilities on time. However economically, this infusion will help banks to recognize their NPAs and increase their credit facility which can further contribute positively in GDP of the country.

• Recapitalization is the biggest support given from the GOI to PSB when they are struggling to survive. PSB can develop very casual approach towards its NPAs as they may feel that Government is there to support them if they are not performing well. Public sector banks have performed in a very poor manner due to which humongous amount of NPA has been created so far. Stringent measures should be brought in to for willful defaulters. Credit terms should be comparatively more rigorous so as to avoid huge amount of NPAs.

To conclude, recapitalization scheme will provide a strong boosters doze of relief for the PSB. Health of the bank will definitely improve and Bank will be able to become Basel III Compliant and lend more money to the industry. Every policy comes with their own risk and benefits. If it is utilized and implemented well, it will be able to generate maximum return and contribute towards the growth of the country.

Dhara shah
(a)
Category Others   Report