Reaction to the negative actions


Sometimes when things start to go wrong then everything starts to disarray. You feel you don't have any control in your life, the negativity engulfs your mind; you just start asking questions that "why me" instead of doing anything.

You worked so hard in an exam but left one chapter uncovered and suddenly when you open a question paper, first question you read is of that chapter. It's your choice to spoil the whole paper worrying about that question or manage your time to questions which you can attempt better and score in them.

Things were alright till 4th June till I received a message from the client to prepare a provisional balance sheet along with all the schedules of his private ltd company overnight. I asked for the trial which he gave me at around 7 pm. I worked whole night and realized something fishy was going on his company. At around 4 am I prepared the balance sheet, but didn't sign it saying some of your business practices are being wrongly followed. I am sending you the draft. Correct those, only when I be satisfied that I will sign your provisional balance sheet and pay for all the work that I did. Client got agitated and replied back ,"You have done nothing great to be paid. Any CA would have done it for one thousand rupees". I said "right sir, then get it done by that CA only. Because I am not going to do it".

I realized he had to pay me around eighty thousand for the all the GST work I was doing including his GST returns, GST Audit etc. He backed away from it. What happened next were few days of absolute torture, He lured my partner to his side; he put pressure through another CA, started threatening me, started spreading fake news about me that I was leaving practice and all. Suddenly I was down and out. 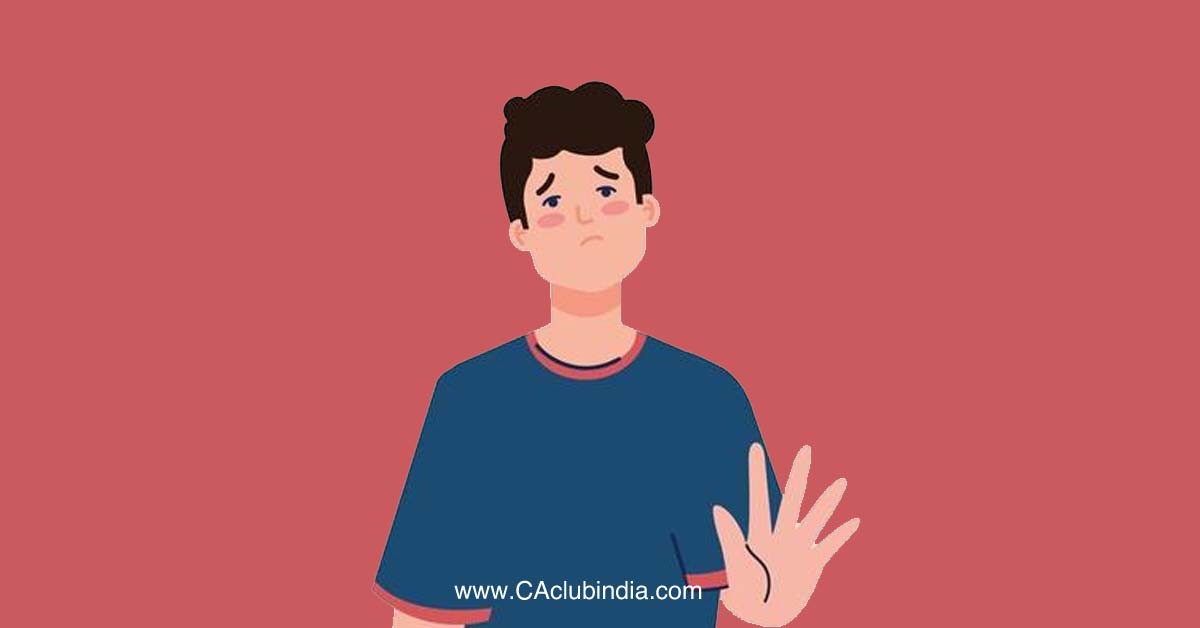 I thought of leaving practice and got a call from PWC. On the day of interview I again got non stop calls, messages, mails from his accountant and advocate. His only concern was that I shouldn't ask for fees and should join him again otherwise he would destroy me completely. I messed up in interview due to all the psychological pressure and lost that opportunity too. I looked for help from another senior CA who was vocal on twitter about ethics and honesty. His reply surprised me too when he said avoid unethical business practices, these are part of profession.

Meanwhile I was getting DMs on twitter from 2-3 students asking me about my stand on CA exams. I ignored them saying I was not the best person to comment on it because neither I am into coaching or in any decision making authority. Then I received a reply "Just because you are a CA doesn't mean you don't stand by students. If you are not with us then you are against us". I got into this matter and realized two demands of opt out and old course extension were genuine, but somehow I realized students were being instigated by someone who was constantly accusing and abusing ICAI and indirectly pointing fingers at other members even though matter was in the Honorable Court. I made myself clear that yes I stand by these two demands but I don't support the way it is being done. What happened next was a strong negative reaction. Endless abuses, trolling, my previous tweets were digged and I was being harassed to the core. I still stand my these two demands, but I don't justify abusing or accusing part.

Suddenly I realized I was in the middle of chaos. My practice was being blown away, the person with whom I was working since last 4 years left me, I was dragged into a controversy and was being abused, that client and my partner took away major chunk of my work and another blow came in my personal life. I was numb, depressed and totally down and out. I had no one apart from my parents to talk to.

I took some time off and realized an important lesson. Was I controlling everything that was happening around? What could I have controlled? My reaction to what was happening or what other people were thinking or saying about me?

I felt I was lost, defeated and totally down and out. People whom I used to trust left me, my earnings almost became negligible, I missed an important opportunity to be part of big 4, my personal and professional life was in shatters.

I tried to fix the broken pieces now instead of going into the flow of negativity. Contacted clients to whom I couldn't give time earlier. Changed my attitude to negative reactions, indulged myself in some hobby that I was missing and started living in the current moment rather than procrastinating.

Leant a lesson that yes things can go wrong and they will go wrong, but how you manage them will define how you live your life.

Your attitude towards your problems define your altitude in life. We have to work on changing that attitude; that reaction towards those problems and your calmness should define your actions.

Some people feel happy in rain while some curse the mud.

Understand that problems will come in life in an unexpected way. Its your reaction to those that will define your future. Live in the present, take few deep breaths before you react to those problems.