The main reasons that the Government has set up various kinds of provident funds is to encourage savings for the social security of employees. Generally the employee contributes a fixed percentage of his salary towards these funds and in many cases employer also contributes. The whole contribution along with interest is credited to employee's account. The payment can be extracted out of this fund at the time of retirement and at some other important occasions.

Provident Funds are of four kinds:

Now let us discuss all these types in detail. 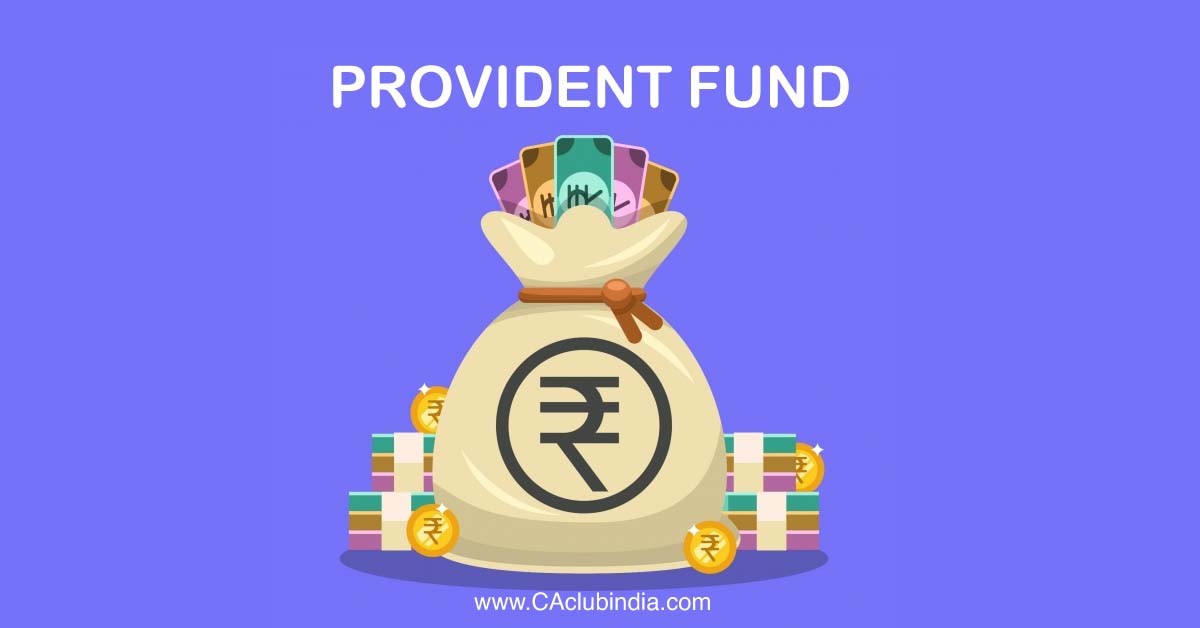 Statutory provident fund was started in the year 1925 through a Provident Fund Act of 1925. The fund was started with a view of promoting savings amongst government employees. Generally, this fund is maintained by Government or Semi-Government Departments like Railways, Reserve Bank of India. Colleges, Universities, local bodies, insurance companies, etc.

The employer's contribution towards the employee's statutory provident fund and the amount of interest earned on the accumulated balance to the employee's credit balance are not to be included in the income of employee and so it is ignored. The employee's own contribution will qualify for deduction u/s 80C. At the time of retirement or when he leaves the service and receives any amount from the accumulated balance to his credit in the statutory provident fund, the amount so received will not be included in employee's total income [Section 10(11)] being exempted income.

This is a fund to which the Commissioner of Income-tax has given the recognition as required under the Income-tax Act. Generally this fund is maintained by industrial undertakings, business houses, banks, etc.

Interest on Provident Fund credit balance upto prescribed rate is exempted, but interest credited over and above such rate ( 9.5%) is deemed to be employee's salary income and is included in salary income of that previous year.

It is the provident fund which is not recognised by the Commissioner of Income-tax. The employee and the employer both contribute towards this fund.

The above mentioned funds were for salaried persons. A new fund known as public provident fund was started on July 1, 1968 so that self-employed people may also enjoy the benefit of deduction u/s 80C. This fund is simple and pocket friendly. The subscription can be between 500 and 1,50,000 in one year. At one time one can deposit in multiples of 50 and in one month only one deposit is possible and in the year minimum subscription should be 500 and the maximum 1,50,000. Full withdrawal is possible after 15 years but in case of death of the subscriber full repayment will be made to the legal heir of nominee. Partial withdrawal and loans are also possible.

The subscription towards this type of fund is eligible for deduction in the similar manner, as in the case of statutory provident fund. Interest credited in this account is fully exempted.