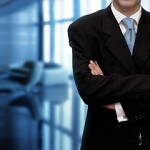 
Supply is the core concept under GST which covers almost if not all sorts of transactions taking place between two persons for consideration and in the furtherance of business. However, Schedule-I prescribes certain transactions which shall be considered as supply even if they are made without consideration. As per, S.No. 3 to Schedule I, supply of goods by or to a principal from or to an agent, where the agent undertakes to supply such goods on behalf of principal shall be construed to be a supply under GST. The said provision is reproduced herein below:

(a) by a principal to his agent where the agent undertakes to supply such goods on behalf of the principal; or

(b) by an agent to his principal where the agent undertakes to receive such goods on behalf of the principal.

At the outset, it is imperative to note here that the said provision prescribes only for 'supply of goods' between an agent and a principal without consideration to be considered as supply and not 'supply of services'. So, it is settled that in such situations of supply of services, the transaction between an agent and a principal shall be considered as supply only when there is an element of consideration.

Now, in order to understand in which situations a person can be said to be an agent of another person we need to look into the statutory definition of both the terms as prescribed under the CGST Act, 2017.

Agent has been defined under Section 2(5) of the CGST Act as:

"” means a person, including a factor, broker, commission agent, agentarhatia, del credere agent, an auctioneer or any other mercantile agent, by whatever name called, who carries on the business of supply or receipt of goods or services or both on behalf of another"

While the definition of Principal has been provided under-section 2(88) as:

"principal" means a person on whose behalf an agent carries on the business of supply or receipt of goods or services or both;

As it is evident from the above definition of "agent" that utmost importance has been given to the words "who carries on the business of supply or receipt of goods or services or both on behalf of another" and while the definition of "Principal" has derived its meaning from the former's definition it too contains the same words. Now, the question which is important to ask here is that what is the test that should be applied to conclude whether or not a person is acting on behalf of another, as in a general commercial world there are numerous factors influencing the relationship of two persons in a transaction. For this an objective criteria has been highlighted by the CBIC in one of its clarifications with respect to the aforesaid matter.

It says one of the key ingredient  for determining relationship between an agent and a principal under GST would be whether the invoice for the further supply of goods on behalf of the principal is being issued by the agent or not. That is, in scenarios where the agent has the power to issue invoice in his own name for the further supply of such goods, the provision of goods from agent to principal would fall within the ambit of the said entry of Schedule-I.

However, in situations where the agent has no authority to issue invoice with respect to further supply in his own name, and the invoice is issued in the name of principal only, then the said relationship shall not be covered within the fold of entry given in Schedule-I. Thus, the crucial point here is whether the agent has or not the authority to pass or receive the title of goods on behalf of the principal. This can be better illustrated with the help of following examples:

Illustration 1: Mr. A appoints Mr. B to procure certain goods from the market. Mr. B identifies various suppliers who can provide the goods as desired by Mr. A, and asks the supplier (Mr. C) to send the goods and issue the invoice directly to Mr. A. In this scenario, Mr. B is only acting as the procurement agent, and has in no way involved himself in the supply or receipt of the goods. Hence, in accordance with the provisions of this Act, Mr.B is not an agent of Mr. A for supply of goods in terms of Schedule I.

On the contrary, as clarified in IIlustration 2, Mr. B will be termed as an agent and will need to mandatorily register himself under GST and comply with such other formalities as applicable in case of an agent and a principal. With this clarification, the long floating ambiguity over factors to determine agent-principal relationship under GST is settled.

The clarification issued by the CBIC in this regard can be perused at the following link: