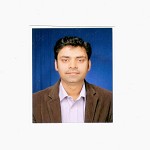 When this scheme was launched, there was a hue and cry from opposition that why is the government giving the black money hoarders a change to convert the black into white when it was announced at the time of erstwhile ‘Income Disclosure Scheme’ that no further chance would be given. I personally feel that Government was left with no option but to bring the PRADHAN MANTRI GARIB KALYAN YOJANA.  The situation was such that people were trying various means and options of converting their black money into white money illegally. Various bank officials and managers were also arrested in this connection. Innocent people who had earned the money by hard way but never filed their income tax returns were the most hit, there money was not actually black but they cannot prove it now.

I personally advice that this YOGNA should be embraced with open hands, it is better to invest here than to go after some crook who only assures that their money will be converted into white (at least some part). Such money will never escape scrutiny from the Income Tax Department and the money paid to such crook is a dead loss.

When the old 500/- and 1000/- notes were banned, people lamented that they did not opt for INCOME DISCLOSURE SCHEME where tax rate was 45%, believe me that if you do not opt for PRADHAN MANTRI GARIB KALYAN YOJANA then you will lament that why did you miss this opportunity. I am saying so because, going by the track record of our Honorable Prime Minister, he does what he says. He is saying that this is just a beginning, the picture is yet to come. Dear friends, he is going to come in a big way with THE BENAMI TRANSACTIONS (PROHIBITION) ACT.

Three steps are required to be taken in this PMGK Yojana:

The declarant has to pay 30% tax, 33% as surcharge tax, 10% penalty on overall income. This will come to almost around 50% of the total income. The person has to pay 25% of total declared amount to Pradhan Mantri Garib Kalyan Yojana, 2016. This deposit shall be blocked for a period of four (4) years and thereafter shall be paid without interest.

3. Declaration shall be made with payment and deposit proof

The last date for availing this YOJANA is upto 31st January, 2017 so hurry up.

The following persons are not eligible to opt for the PMGKY:

Government had brought certain amendments in the Income tax provisions so that tax on undisclosed income is 30% and with surcharge etc upto 50% but once the time is over the dreaded sections of Income Tax Act, 1961 will be unleashed. They will make you dole out 60% tax and interest and penalty that will add up to a figure sufficient enough to your head a whirling experience.

Just have a look at some of the penalty provisions of the Income Tax Act:


Please consider all the factors and if you have undisclosed income than disclose it now.

The author can also be reached at pkshillong@gmail.com