Penalty on delay of filing return on time 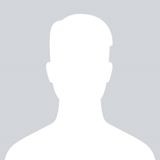 It has been observed that the Depratmental Software as well all other Softwares are showing "Late fee" of Rs.1000/- even if the Income of a person is less than Rs.250000/- after claiming Exemptions Chapter VIA i.s "Deductions to be made in Computing Total Income." i.e Deductions allowable u/s 80C to 80U.

Although Sec. 5 of IT Act, defines "Total Income" as "all income from whatever source derived" and according to the said definition- the charging of "late fee" in the above scenario is correct.

However if we look at Chapter VIA: it starts as follows:

SEC.80A (1) In computing the total income of an assessee, there shall be allowed from his gross total income, in accordance with and subject to the provisions of this Chapter, the deductions specified in Sections 80C to 80U.

Accordingly- it can be assumed that Sec. 80A(1) has virtually modified the definition of "Total Income" and it can only be defined as the Income remaining after allowing Exemptions u/s 80C to 80U.

This appears to be an anamoly in the Act itself and it is an established principle that in a taxation law - if 2 interpretations are possible then the interpretation which favours the assessee should be accepted.

In my opinion, therefore, "Late fee" should be charged only if the Total Income of an assessee, after allowing deductions under Chapter VIA is more than the Basic Exemption Limit.

The Government, therefore, should do away with this inconsistency and stop charging "Late Fee" in those case where the Total Income after claiming Deductions u/s 80C to 80U works out to le ss that Basic Exemption Limit.