One nation one tax law 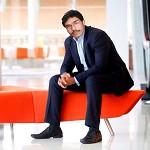 "State Tax be such which should not prove to be a burden on the subject; the King should behave like those bees which collect honey without causing harm to the tree." - Ved Vyas in his famous epic Mahabharat

But in India reality is slightly different, where most of the people don't want to pay taxes. Different reasons are there.

Among them, one of the most important reason is corruption by politicians. Today it is seen  that politician distribute money for VOTE. Crores of Rupees are spent on election by political parties. Whose money is this. Within few years after elected as a MLA or MP or Member of ZP or even as a member of Panchayat Samittee, many of elected person able to earn huge property. Today everyone knows that whether this property is earned by genuine source of income or corruption. People don't know what miracle happen to these elected people that their earning source increases by hundreds to thousands times more than the present.

So main point is today people don't believe that Government will spent money collected as a tax  for welfare of society  at large. There is no belief that Government is TRUSTEE of all people of society. People thinks that most of politicians are corrupted and they (politicians) themselves keep tax money by doing corruption. All these because of increasing cases of political corruption and increased unreasonable wealth and properties of politicians.

If we study about current tax system of India we can very well conclude that.

As far as my interactions with the society caserns, no one wants to evade tax payment but at the same time they don't want hectic procedural part. To reduce procedural part, many sections have been enacted like Section 44AD, 44AE for presumptive income in Income Tax Act and there are provisions in State VAT act also like composition Scheme. But still these provisions are insufficient to attract people toward self motivated compliance of tax law.

I think Government also knows above facts. Following are some statements given by Hon. Prime Minister & Finance Minister

"There is a class in the country, especially the middle class, the upper middle class, who is more troubled with income tax officials than the police. I have to change this situation, I am trying and I will change it.'' - PM NARENDRA MODI

So now a days Government is also taking stapes to overcome above problems. Goods and Services Tax (GST) is the most important indirect tax reforms in India. Beside knowing  different religion, cast, culture, keeping in mind the Independence of States, Modi Government took decision to scrap existing Indirect tax system in India. It aims to do away with tax barriers between states and create a single market. Central government needs to satisfy state governments and negotiate their claims for compensation.

But still question arise that

In fact India need  taxation system by which

Man by nature tries to accumulate possession and would not voluntarily part with it. Solution is BTT i.e. A bank transaction tax. A bank transaction tax is a tax levied on debit (and/or credit) entries on bank accounts. It can be automatically collected by a central counter party in the clearing or settlement process.

In India only near to 2.5% people files Income tax returns, half of which don't pay tax, they prefer to file nil returns. In India there are near to 40 crore unique account holders. We are having a very efficient digitized Banking system throughout the country. As against the present 4 crores Direct Tax payees, we will have 40 crores Bank Accounts as TAX BASE.

Indirect taxes are based on expenditure. Everyone pays indirect taxes. Now a days direct taxes are mostly collected though TDS. So Government can apply BTT on transfer or withdrawal amount from Bank account. The Indian government had introduced 0.1 per cent BCTT (Banking Cash Transaction Tax) in 2005 on cash withdrawals of more than Rs 50,000 (individuals) and Rs 1,00,000 for others in a single day from non-savings bank account maintained with any scheduled bank. This tax was withdrawn with effect from 1 April 2009.

But before going to BTT

To discourage or keep cash transactions under check, prescribe a higher tax on cash withdrawals. Also the recipients of non-cash payments can be considered for a pay back on the amounts so received. The revenue generated could be automatically shared at the stage of BTT collection itself amongst the Centre, State and Local Self Governments on an agreed formula.