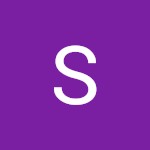 Presently under the existing taxation system for indirect taxes, number of indirect taxes are being levied and collected both from Central Government and State Governments on different activities undertaken.

Taking a cue from international best tax practices, and to ease out the complications and compliances under different indirect taxation laws and different statutory authorities, thought process was started to consolidate number of taxes into one system of taxation uniformly across the county.

In that direction reforms were thought of many times and partial reforms were being undertaken in the respective taxation laws. The move towards introduction of Goods and Services Tax (GST) was made by the then Finance Minister Mr. P. Chidambaram in 2007-08 budget to introduce GST from 2010.

Though lot of effort went into it, towards latter part of 2016, we are still in the first technical step in the implementation process i.e. amendment of Constitution of India.

This article discusses the proposed model for expected GST as is mooted by the GST Constitution Amendment Bill and proposed GST law released for public comments.

Presently State Government are levying and/or collecting taxes such as sales tax called as VAT, entry tax, Entertainment Tax, Luxury Tax etc. Similarly Union Government is levying and collecting taxes such as Central Excise Duty, Service Tax, Additional Customs Duty and various types of cesses in the nature of Excise duties. Among them the major types of taxes on business transactions can be tabulated as follows:

Now 122nd Constitution Amendment Bill, 2014 is passed in the parliament containing proposed changes in the Constitution related to GST implementation. The highlight of the changes considering, GST model is expected to be as follows:

a) There will be three types of Tax as follows:

b) In other words going by the types of transactions –

c) There will be mechanism between the State Government and Central Government for distribution of the IGST collected by Centre as per the recommendation by GST council (constitutional body to be created after amendment to constitution). From the business entity perspective this may not have direct implications.

e) Similarly following State taxes and levies to be subsumed

i. VAT/Sales tax;
ii. Entertainment tax (unless it is levied by the local bodies);
iii. Luxury tax;
iv. Taxes on lottery, betting and gambling;
v. State Cesses and Surcharges in so far as they relate to supply of goods and services;
vi. Entry tax.

Though GST is to consolidate tax code on all products considering various political aspects of our country, certain specific products are dealt separately. The highlights of the same are as follows:

a) Manufacture of alcoholic beverages for human consumption are kept out of GST. State Excise duty would continued to be levied by the respective state Government.

b) On the other hand on Tobacco and Tobacco products Central Government would continue to levy Central Excise Duty (or under some other name) in addition to GST.

Main objective of the GST scheme is to avoid double taxation and cascading effect of different taxes levied by states and centre. Therefore it becomes essential that set off / adjustment / credit of all taxes paid on both goods and services which are received is available to be used against the liability to be paid on goods and services supplied.

However such seamless credit set off/adjustment/credit does not seem to be envisaged. Detailing and restrictions may be given in the law framed in this regard. As per the present understanding it is proposed to be in following manner broadly.

As regards to levy of SGST each state is going to enact law for the respective states based on the model law formulated by GST council. The levy and collection will be by the respective state Governments. This may create issues of disparities between transactions happening in different states.

One of the essential aspect of GST is rate of GST. As per the present status this is not yet finalized and to be decided in GST Council and the rate (both SGST & CGST together or IGST as the case may be) is being expected to be following manner-

As regards to threshold exemption limit, as per the model GST law it is stated to be 10Lakhs on all India basis.

For the person who has taxable turnover equal or less than fifty lakhs is proposed to be given a Composition scheme wherein the composition tax rate as is fixed based on the recommendation of GST Council will have to be paid instead of regular rate of tax.

The scheme will be subject to conditions which the law will provide for the same.

In other words a person cannot be in composition in one registration and outside in another registration.

Registration has to be obtained state-wise and not on all India basis. However within a state if there is separate business vertical option is given to register the same separately.

The taxability is determined based on registration treating them as separate entity for supply of goods/services.

Separate registration will be accorded by State Government and Central Government in each state, with mutual co-ordination among them.

The records though to be maintained as per the needs of the business, since GST is going to be technology based, all the transactions relating to GST is required to be uploaded into GST portal on periodical basis.

Further also there is requirement of matching of credits to the suppliers output tax to get the benefit of credit, otherwise of which the credit will be denied. Further also it is proposed that the credit will not be permissible unless the vendor deposits appropriate taxes into Government Exchequer. This will add difficulties in business since they have to ensure compliance of their vendor to get the benefit of credit.

The impact analysis and planning for restructuring can be done only after the rates are finalized.

Further, the manner in which the draft law is proposed it seems that only the interest of revenue has been taken care giving go bye to the concept of ‘ease of doing business’.

Click here to view an analysis on 'Roadmap to GST Implementation'