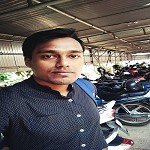 CA!!! ARE YOU REALLY SERIOUS?? Yes. it was exactly what I heard when I asked about CA. It was an extremely tough period for me to decide which path to choose given the circumstances.

I had been a decent student all throughout my academics, but when it all mattered the most I faltered and just couldn’t get what I had desired for. I remember the day clearly when I had got the results of 12th board results(Science stream) , I was in a state of mind where I couldn’t make it out whether it was really what I had worked out for that was on the screen. It showed merely 77.8% on the screen and I knew it wasn’t a result which I was expecting, atleast not below 80’s.I could only gaze at it and couldn’t think of anything better at that time. Even my entrance results for engineering were also not different, it was like "DELHI ABHI BAHUT DOOR HE”. I never had really engineering as my path, but my brother’s dream was an IIT tagline for me which has been always a kind of dream equally shared by the parents in INDIA for their children who wanted engineering.

I was in such a situation never before and was completely hopeless. I just hoped that somehow the time would pass on and everything would be back to normal as before.

Finally, after a lot of brainstorming sessions I was given a choice which I never thought of before.

Choice 1: It was a dropping a year and preparation for IIT-JEE entrance exams. I thought what I just couldn’t do in first attempt, how do I approach for it once again, that too without any sort of interest and self-confidence. The odds for my success this time were almost negligible, with one full year of extensive preparation and fear of dropping a whole year with no guarantee of success. Most importantly I was never passionate for it ever as my brother was.

I tried to avoid any kind of eye contact with people and avoided any such discussions about what I was gonna do ahead. Really it was a pathetic situation and it couldn’t ever had been such worse before than that. I tried thinking about other options available. I had a deep interest in Animation and game designing, but the career didn’t seem very much lucrative. So, I obviously got a NO in the end. I was really disappointed from it and thought of other alternatives. That's when I thought of opening the discussion on my own about what to do.

Then came my second choice which was going to change my life forever. It was like a breather to my life once again.

Choice 2: I heard about the profession CA for the first time ever and was really curious to know about it. It was like a breather for me as finally I could decide upon something else of what to do ahead in life. So,I began to search about it in every way possible. My curiosity grew with each and every search about the profession and I developed a keen interest about it. I even met a chartered accountant in my locality and got to know more about it. I had one fear of adjustment to the new stream as I had to switch from a science background to a commerce and that too pursuing a career in CA, which has always been regarded as one of the toughest courses in INDIA with such a low pass percentage.

But, I didn’t have a great support from most of the people around me as I got a lot of negative feedbacks from them. Many even didn’t know much about CA, the only thing that they told me was that someone had done CA a lifetime back and is still jobless and had left the course in frustration of not clearing all levels of exams. The conclusion made by all was that it was an extremely tough course and one shouldn’t dare choose it unless one is from commerce background which was an obvious choice. In a way they all instilled a sort of fear in my mind of not progressing in that path and rather choose a path which was followed by every TOM,DICK AND HARRY(B.tech).I was again a sort of dilemma of what to do. But, I got moral support from my family and they encouraged me to go ahead for CA.

I knew that whatever I had to do in life would be solely relied on my own choice, atleast in that way I wouldn’t blame anyone else for such a decision made. Many of my friends had chosen the fixed path of engineering or medical and I was getting set alone in an unknown path of doing something which many didn’t prefer very much.

I tried to relax myself and switched on the TV.I saw an add from McDowell’s which said “ITS YOUR LIFE,MAKE IT LARGE”.Bas wohi wo moment tha jab mene decide kiya ki ab karna he to sirf CA hi karna he.Mene tab hi socha tha jab zindagi me kuch banna he to kuch bada banna he.  It was as if god was sent me positive vibes about CA.

The feeling of being a CA itself at that point of time was the only thought going through my mind.

Gradually, I convinced my brother about this and his approval was the biggest relief for me to advance ahead. Then I was all set for the battle to be fought out for.Still I had one question hovering in my mind time and again, "KYA  MENE SAHI FAISLA LIYA HE? KYA ME APNE IS FAISLE KO JUSTIFY KAR PAUNGA?