One India, One Tax - GST 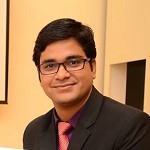 GST will be a game changing reform for the Indian economy by creating a common Indian market and reducing the cascading effect of tax on the cost of goods and services. It will have an impact on the tax structure, tax incidence, tax computation, tax payment, compliance, credit utilization and reporting, leading to a complete overhaul of the current indirect tax system.

The Constitution Amendment Bill for Goods and Services Tax (hereinafter referred to as “GST”) has been approved by the President of India post its passage in the Parliament (by Rajya Sabha on 3 August 2016 and by Lok Sabha on 8 August 2016) and has also been ratified by more than 50 percent of state legislatures. The Government of India is committed to replace all the indirect taxes levied on goods and services by the Centre and States and to implement GST by April 2017.

1. GST is defined as any tax on supply of goods and services other than on alcohol for human consumption.

2. Taxes would be subsumed under this regime as per follows:

3. Petroleum and petroleum products, i.e., crude, high speed diesel, motor spirit, aviation turbine fuel and natural gas, may be subject to GST – if changed, the date shall be notified by the GST Council.

4. Provisions will be made for removing imposition of entry tax / Octroi across India.

5. Entertainment tax, imposed by states on movie, theatre, etc., will be subsumed in GST, however taxes on entertainment at panchayat, municipality or district level will remain unchanged.

6. GST may be levied on the sale of newspapers and advertisements.

7. Stamp duties, typically imposed on legal agreements by states, will continue to be levied.

8. Administration of GST will be the responsibility of the GST Council, which will be the Apex policy making body for GST and it shall comprise of Central and State ministers in charge of the finance portfolio.

9. GST is a value-added tax levied at all points in the supply chain with credit allowed for any tax paid on input acquired for use in making the supply. It would apply to both goods and services in a comprehensive manner, with exemptions restricted to a minimum.

10. Since, India is federal State, it is proposed that GST will be levied concurrently by the Centre (CGST) and the states (SGST). It is expected that the base and other essential design features would be common between CGST and SGST across SGSTs for individual states. Both CGST and SGST would be levied on the basis of the destination principle. Thus, exports would be zero-rated, and imports would attract tax in the same manner as domestic goods and services. Inter-state supplies within India would attract an Integrated GST (aggregate of CGST and the SGST of the destination State).

GST is levied on Supply of goods or services. Concept of sale is not relevant in GST regime and definition of supply as given u/s 3 of the GST is inclusive under GST regime.

2.  Imported goods would be liable to custom duty along with IGST (equivalent to IGST on similar goods in India).

3. Small scale exemption applies to a person carrying on business and having turnover of Rs.10 lakh or less. This limit is not applicable in case of reverse charge.

4. Composite scheme is also provided in the law as an option to the dealer whose turnover doesn’t exceed Rs.50 lakh. However, this option is not available to person making inter-state supply. The person buying goods and services from a dealer who has opted composite scheme can’t take credit of taxes levied under the scheme.

5. Supply without consideration is also liable to be taxed under GST and the sum on which tax will be charged, be determined as per valuation rules of the GST.

6. Transaction between Principle-Agent will be liable to tax.

8.  Specific provision made for e-commerce dealers (named aggregators in the GST law) under Chapter -XIB.

Classification of Goods Vs Services: Controversy is expected to end!

At present there exists an ambiguity over classification of some transactions (practice varies from state to state) over goods & services and the GST is expected to neutralize the difference of tax incidence between the same. Some of the controversial aspects are as follows-

1. Currently software is taxed as goods as well services and classification of the same remain controversial. Draft GST law has classified software as Services.

2. Under the existing regime, both VAT & Service tax is charged on work contract. Some states provide for deduction of tax at source in case of work contract.  Draft GST law provides that work contract will be classified as service.

3.  Permit to use intellectual property (IPR) is now classified as service.

4.  Activity of leasing of goods classified as service.

1. GST was expected to facilitate seamless credit of inputs and input services however the draft law doesn’t provide so and there are certain technical aspects under Cenvat which have been carried in GST regime also. It may have cascading effect.

3. Credit of Inputs and Input Services can be taken only when these are used or intended to be used by a supplier for making an outward supply in the course or furtherance of business. This condition can lead to denial of credit in various cases.

4. Credit can be taken only when goods/services are received by the supplier. Condition for taking credit for goods is similar to the existing Cenvat Rules; however conditions of receipt of services may pose practical challenges as services are intangible in nature.

5. Credit is not available after one year from the date of issue of tax invoice. Additionally tax credit for any financial year (“FY”) can’t be taken after 30th September or date of filing of return whichever is earlier (due date for filing of annual return is 31st December of next FY). Accordingly company management has to ensure that invoices are received and accounted in a timely manner.

Transition of credit existing as on last date of existing scheme

Cenvat credit or VAT credit as per the last return would get transferred to “GST electronic credit ledger account” of the taxpayer. If any amount is not claimed in the last return then it can’t be claimed under GST regime.

Scheme of distribution of IGST credit among center and state

GST is a destination based consumption tax in which, the state where goods/services are consumed, will be the ultimate beneficiary for taxes paid by its residents. Transfer of credit among centre and states will happen through GSTN. For instance, Mr. A from Tamil Nadu sells goods to Mr. B of Tamil Nadu who in turns sells it to Mr. C from Mumbai and the applicable CGST is 12% and SGST is 14% then credit will be distributed in the following manner:

1. Registration – Registration is mandatory for dealers having turnover over the specified limit. Dealers who are already registered with state VAT/sales tax authorities would be granted temporary registration number automatically under the GST regime and they have to get the permanent registration number within 6 months from the date GST becomes effective.

Dealers would be allotted PAN based 15 digit alpha numeric registration number and separate registration is required for each state in which dealer is having business.

2. Returns and their periodicity- Various returns are required to be filed with authorities (through GSTN) on prescribed frequency.Payment of taxes- Payment over Rs.10,000/- will be made through online banking by accessing GSTN for challan generation. Following process will be followed for payment of taxes-

1) the GSTN and create draft challan

2)  Upon creation of the draft challan, the taxpayer will fill in the details of the taxes that are to be paid. The challan page will have sets of mandatory fields, which the user has to provide. The tax payer will have the option to pay CGST, IGST, Additional Tax and SGST concurrently. Generate the final challan after filling all the details.

3) The challan so generated will have a 14-digit (yymm followed by 10-digit) Unique Common Portal Identification Number (CPIN).

4)  Select the bank for making the payment. GSTN will share the relevant details (like GSTIN, CPIN, challan amount, relevant state etc.) on a real time basis with bank.

5)  After successful payment, challan identification number (CIN) will be generated against CPIN.

Refund of taxes- It is recommended that option to procure duty free goods for exports to be discontinued and exporter should claim refund of taxes paid on inputs. Refund claim will be processed online and theoretically process & timeline of getting the refund is expected to streamline.

Refund will be given in cases like export, unutilized credit, completion of assessment etc. In case of refund relating to input/input services used for export, the time limit for filing refund claim is one year from the date of export and the refund claim has to be certified by a chartered accountant. Principle of unjust enrichment is applicable in case of all refunds.

3.  GST returns and Due date of filling the returns:

Tax payers need to be GST compliant to be able to test system changes in time. Depending on the operating geographies, size and sector, changes would be substantial and may require proactive planning with a time-bound action plan.