No change in MVAT rates of commodities 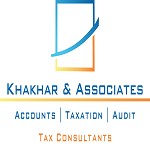 THERE IS NO CHANGE IN THE BELOW MENTIONED COMMODITIES.

4(A) Cotton yarn but not including cotton yarn waste

20 Cereals & pulses (with effect from 1st April 2006 onwards) in whole grain, split or broken form other than those to which any other entry in this Schedule or any schedule applies.

Rice, wheat and pulses in whole grain, split or broken form sold on or after 1st April 2006.

Paddy and rice, wheat and pulses in whole grain, split or broken form sold on or after 1st October 2006.

Paddy and rice, wheat and pulses in whole grain, split or broken form sold on after 1st April 2010.

22 Coal including coke in all its forms but excluding charcoal.

25(A) Cotton, that is to say, all kinds of cotton (indigenous or imported) in its unmanufactured state, whether ginned or unginned, baled, pressed or otherwise excluding cotton waste.

(4) stabilisation in order to normalise the vapour pressure;

(5) elimination of very light fractions with a view to returning them to the oil deposits in order to improve the drainage and maintain the pressure;

(6) the addition of only those hydrocarbons previously recovered by physical methods, during the course of the above mentioned processes;

(7) any other minor process (including addition of pour point depressants of flow improvers) which does not change the essential character of the substance.

58 (a) Kerosene oil sold through the Public Distribution System;

(b) Liquefied Petroleum Gas for domestic use.

Disclaimer: Above information is as per our analysis from the recent MVAT Notification dated 16th September 2016.