ITC claim restricted to 120% of GSTR 2A : Detailed analysis 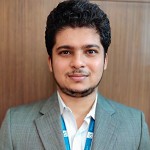 
The government has taken a pre-emptive action to curb incorrect Input Tax Credit (ITC) claims after various frauds were unearthed in the past year on claimed ITC on fake invoices, or through physically non-existent businesses. 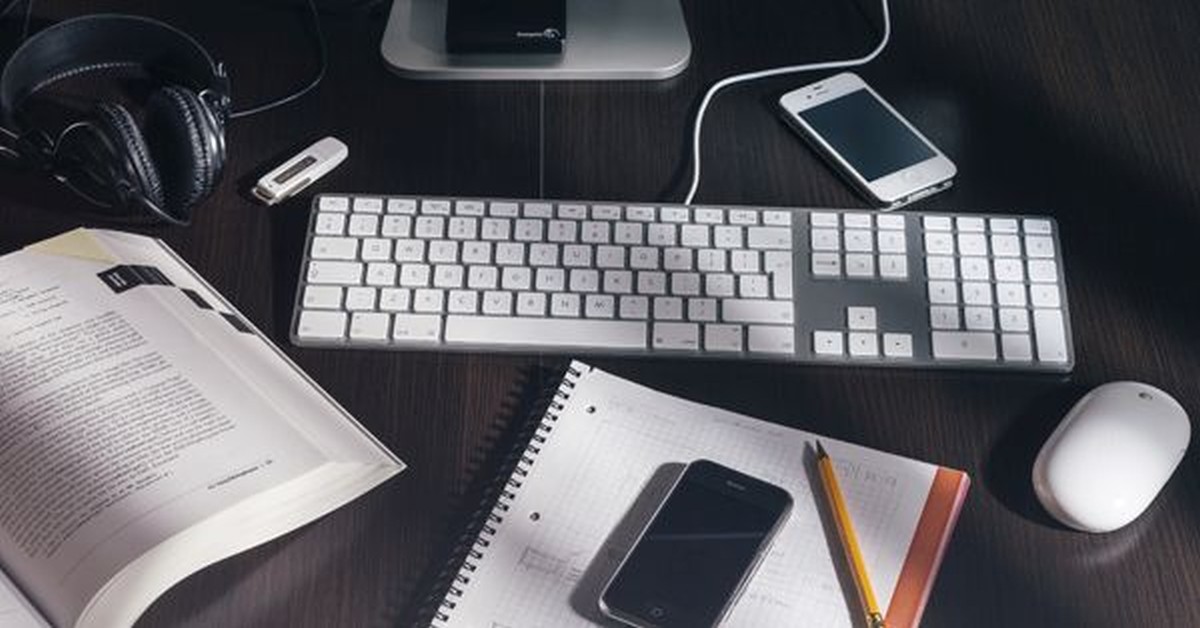 In this article, we would be covering the below aspects:

Summary of the New GST Rule:

Rule 36(4) has been inserted, which is as follows:

To simplify further, ITC admissible would be 120% of the eligible ITC reflected in GSTR-2A of the month or eligible ITC available in books of accounts, whichever is lower.

Summary of the Circular issued in this regard

• The restriction of availment of ITC u/r 36(4) is not applicable for ITC on import of goods and services, ITC on which GST paid under RCM, ITC on ISD invoices. Only on ITC which would be reflected in GSTR-2A, restriction would apply (other than above).

• The restriction would apply on invoices/debit notes on which ITC availed after 9th October 2019.

• The restriction imposed is not supplier wise. Total eligible credit from all suppliers whose details have been uploaded to be considered (ineligible ITC would not be considered) for calculation 20%.

• The amount of ITC admissible in respect of the invoices/debit notes whose details have not been reflected in GSTR-2A shall not exceed 20% of the eligible ITC available in GSTR-2A as on the due date of filing of the returns in FORM GSTR-1 of the suppliers (i.e. 11th of subsequent month).

We have drafted a simple step-wise computation to be performed on a monthly basis.

• Ensuring ITC register is maintained with all headings such as Name & GSTIN of vendor, Invoice/CN/DN/Bill of entry/Self-invoice No. & date along with original invoice reference, Type of ITC, Details of taxable value, HSN, tax rate, POS, taxes.

• Eligibility & ineligibility exercise to be performed.

• Ensure receipt of goods/services & accounting takes place based on physical invoice only.

Step 2: Finalise Eligible ITC as per GSTR 2A:

• Remove invoices that do not pertain to your inward supplies. (supplier has incorrectly used recipient GSTIN).

• Consider 120% of eligible invoices (from above) as maximum limit of ITC eligible under GSTR 3B for the month.

Note: ITC on import of goods/services & other RCM paid would not reflect in 2A.However, 100% of such credits is available.

• Claim ITC in GSTR 3B being lower of values arising from Step 1 & Step 2.

Also, for ease of tracking and accounting it is suggested to have 4 separate ledgers to track the ITC claim against inward supplies based on this new Rule:

• Concept of vendor analysis could be implemented:

- Study of vendors who are compliant and non-compliant for the past 6 months.
- Non-compliant vendors - modify payment terms wherein taxes would be paid after GSTR 1 is filed and data correctly reflects in recipient portal.

• To reduce burden, consider Pareto analysis - 80% of ITC generally arises from 20% of vendors. Recipient could concentrate on their compliance under GST.

• Training to employees and vendors as well. There should not be any gaps in understating the restrictions as per the provisions.

• Cash flow planning because ITC available as per books would not equal to the ITC claim in such tax period. Therefore, cash flow position required to be re-worked.

• Could perform year to date (YTD) GSTR-2A analysis every month to ensure all ITC is considered. Although, the 20% limit is limited to ITC of such month.

Apart from the general illustrations provided in the summary of the circular, we have provided two highly probable scenarios for which there does not seem to be any clarity in the GST provisions.

Note: We suggest to perform the computation on a monthly-basis, rather than on an invoice-level as it would be easier to perform and is in-line with the circular. (not notification).

Illustration 1: Case where vendor has delayed uploading invoices in his GSTR-1 and it has reflected in our GSTR-2A in subsequent tax periods.

Illustration 2: Case where recipient has delayed accounting invoices (due to various reasons like goods in transit, invoices not received, etc.) and vendor has uploaded properly in his GSTR-1.

Excessive legislative power in the guise of Rules -Restriction on the ITC claim - effective Section 43A of the CGST Actal though introduced w.e.f 1st February 2019 has not yet been made effective. The Central government without notifying the provisions has, introduced the restriction through rule 36(4) by usurping its own function. It has been well settled that Indian Constitution recognizes the concept of distribution of powers, where the executive arm cannot exercise powers of legislative arm and any such exercised action is void ab-initio [Alstom India Ltd. (Gujarat High Court)].

Violates the right of the recipient -The amended rule 36 (4) lacks the machinery provisions for the de facto implementation. Due to non-implementation of GSTR 2, the amendment therefore de facto injures the substantive right of recipient of supplies in blatant violation of the law. In erstwhile service tax era, the Supreme Court had observed in the case of Kay Kay Industries [ 2013(295) ELT (177) that it would be practically impossible to do so.

Arbitrary, unreasonable and un-intelligent differentia - The government at its whims have introduced the restriction of ITC to the extent of 20% without any basis. The 20% threshold in essence indicates that only 20% of the taxpayers who are unable to file their GSTR 1 have been defaulting in the tax payments. Particularly when government GST collection has not fallen any-where below 10-15% over any month over its 2 years' implementation. The 20% threshold is therefore arbitrary, without basis and creates un-intelligent differentia between persons whose vendors have uploaded supplies and whose vendors haven't, and accordingly is in violation of Article 14 and 19 of the Constitution of India.

1. Whether the calculations are to be performed invoice-wise or period-wise?

a. Issue: The Notification introducing the new rule uses the words Input tax credit to be availed by a registered person in respect of invoices or debit notes, the details of which have not been uploaded by the suppliers although point 4 & 5 of the Circular indicate that the computation needs to be performed for the month rather than invoice-wise.

b. Our Analysis: The government was supposed to provide the matching, modifying and rejecting facility on the GST portal through GSTR 2 & 3, which has been deferred from inception of GST. Performing the reconciliation invoice-wise brings up following difficulties:

i. Invoices accounted in books in previous month, but reflecting in GSTR 2A in subsequent months. When to consider such credits? If part of 20% value, difficult to match.

ii. Invoices accounted in books in subsequent months, although it reflected in GSTR 2A of previous months. When to consider such credits?

a. Issue: The circular only clarifies that 'documents issued under RCM' need not be considered for compliance of the new rule.

b. GST provisions: Section 31(3)(f) requires to raise a self-invoice when the supplier providing RCM outward supplies is not registered under GST. (basis to claim ITC).

When the RCM supplier is registered, his invoices reflecting in GSTR-2A should be included in the 20% calculation, or does it have to be excluded?

c. Our Analysis: As the tax on reverse charge in enabled on payment, and the supplier is not paying any taxes, such Registered RCM supplies would not be covered under the new rule.

3. Whether an Input Service Distributor (ISD) is covered under the New Rule?

a. Issue: The Circular provides clarity only recipient of ISD invoices and not the ISD registered entity itself.

b. GST Provision: Rule 36(1) of CGST Rules, uses the words, ITC can be availed. including the ISD on basis of documents such as tax invoice, debit note, etc. Section 20 says that the ISD shall distribute the ITC (eligible/ineligible).

c. Our Analysis: The new rule would be applicable to an ISD registered entity as it is covered under Section 36(1). The GSTR 6 portal also allows for manual addition of invoices having invoice date of previous periods.

4. GSTR 1 delayed by vendors? What is the impact?

a. Issue: The circular requires that the GSTR 2A is to be downloaded as on the due date of GSTR 1 filing, i.e. 11th of the month for monthly filing and last day of the succeeding month for the quarter. What happens is the vendor delays filing the GSTR-1?

5. Amendments made by supplier on invoices previously considered. How to compute?

a. Issue: Where the new rule has been computed on a monthly basis, and few invoices of previous periods have been amended (upward or downward) in subsequent months how to consider for the computation of the new Rule?

b. Our Analysis: The amendments in subsequent months would disclose only original invoice details but not values. The value shown in amendment would be the final revised value and not the difference. Therefore, supplier may be expected to manually compute the difference and allocate to the GSTR 2A value in the amendment month to ensure the intention of the law is upheld. Such cases have not been considered while framing the new rule, nor does the circular clarify such an issue.

6. How to manage GSTR 2A being dynamic report?

a. Issue: As the GSTR 2A report is dynamic, would the reconciliation be required to perform Year to Date (YTD) basis? (Eg: For March 2020, re-download Oct 19 to Feb 20 GSTR 2A to check delayed updates by the vendors? What are the subsequent steps?)

b. Our Analysis: Yes, YTD reconciliation would ensure accurate ITC claims, and any delays in filing GSTR 2A also could be considered.

7. Whether data uploaded but not submitted to be considered?

a. Issue: In GSTR 2A, a column appears for whether the GSTR 1 was submitted (Y/N) by the supplier. Whether only submitted details are to be considered for the 20% computation, or even uploaded values can be considered? This has not been addressed clearly in the circular.

b. Our Analysis: As the GSTR 2A downloaded has the details uploaded by the vendor, we could be considered the same, whether submitted or not, as it appears in our GSTR 2A. The Rule nor the Circular restrict such ITC claim.

There is serious doubt on the legal validity of the aforesaid conditions/restriction due to fact that there is no provision that enables this restriction/condition. The provisions like section 42, 43 or 43A are not implemented yet. The matching report in GSTR-2A also lacks proper legal backing and is very dynamic, Further, there are practical difficulties in implementing this rule because notification or circular has not answered many practical situations. Though the objective of the rule is to curb the revenue leakage, the implementation can be made only after the new returns are made operative.

The authors can also be reached at akshay@hiregnage.com and darshan@hiregange.com