The panel will have to deal with significant changes in the taxation framework, such as GST before making recommendations. Finance Minister Arun Jaitley announced that the cabinet had given an in-principle approval to form the commission and negotiate its terms of reference. The commission, whose members and terms of reference will be notified after finalization, will make crucial recommendations which will be more in tune with India's economic needs. 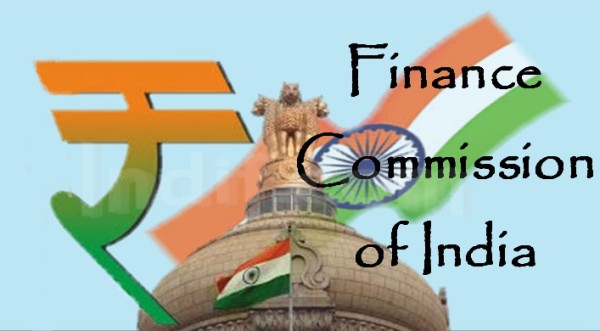 On the same day when the government made announcements about Fifteenth Finance Panel, the constitution of a task force was also announced. On November 22, a task force for redrafting the 50-year old income tax law came into form. This step is taken by the government to create direct tax laws that are in sync with the current economic needs of the country.

This task force, with six members, will be responsible for revising the income tax act 1961 to bring it alignment with dynamic economic needs of the country. The members of this panel include Arbind Modi, CBDT Member (legislation) as the convener with other noteworthy members being Girish Ahuja (Chartered Accountant), Rajiv Memani (Chairman and Regional managing partner of EY) and Manish Kedia (Consultant, ICRIER).

Hon'ble Prime Minister Narendra Modi had observed that the Income tax Act 1961 was drafted 5 decades ago, during the annual conference of tax officers back in September. Finance ministry later stated in November that a task force has been constituted to review the act and redraft it in consonance with current economic needs. The task force will submit its report to the government within the period of six months. Chief Economic Adviser Arvind Subramanian will hold a place in the task force as a permanent special invitee.

Looking for a replacement of the existing I-Tact, the UPA government had initiated a Direct Taxes Code to simplify the tax legislation for corporates as well as individual tax payers. The Direct Taxes code or DTC Bill, 2010, was introduced in Parliament in 2010 but it lapsed with the dissolution of the 15thLok Sabha.

It was proposed in the lapsed bill that I-T exemption limit at Rs. 2 lakh and levying of 10 percent tax on income between Rs. 2 lakh and Rs. 5 lakh. For those earning between Rs 5-10 lakh, the proposed tax was 20 per cent. And as per the proposal, all earnings above Rs. 10 lakh will garner a tax of 30 per cent. The tax rate for domestic companies was suggested 30 percent of business income.

The NDA government, since attaining power in 2014, has made some crucial changes to revise the tax and finance structure. It has already implemented general anti-avoidance rule GAAR. Finance Minister Arun Jaitley also promised to drop the corporate tax rate to 25 per cent in next 5 years, last year in 2016.

Currently, the Income tax Act provides individual income up to Rs.2.5 lakh per annum an exemption from tax. But in the wake, when the growing economy of India is supported by changed laws, such as GST, a 50-year old direct tax calls for a revise which brings it in alignment with the economic need of current times.

With a government's clear and firm intention to redraft the I-T act for upgrading it and bringing it in accordance with current requirements of the economy, a strong over direct tax structure can be expected. This Direct tax structure will be supportive of the growth of Indian economy.