My Own Research & Development Department


The heading looks so graceful, innovative, astonishing, motivating and “hilarious”also to hear such words from your own mind! 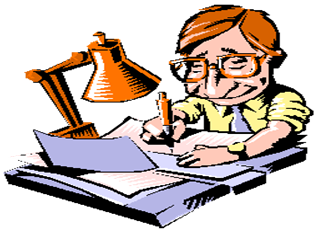 Yes, I am talking about your own “mind” which always tries to find something new to make the life “interesting.” 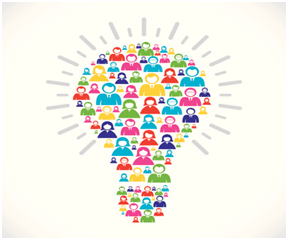 It’s not so that only engineers and scientists do “research”…..

A commerce student and professional also have enough scope to do “research and development.”

If it were not there in the commerce stream; so many frequent “amendments” couldn’t take place in various accounting standards. These regular developments are the result of accounting research.

This wide impact has happened due to application of AS-28 i.e. impairment of assets. The foundation stone of such accounting principle was laid down when the decades ago the concept of valuation of stocks were accepted to be taken at cost or market value whichever is lower. Previously stocks were allowed to be taken at Cost. Even the depreciation was not mandatory to provide in the books. Now due to development of information technology; it was realized that assets become obsolete earlier than its expected life hence higher rate of depreciation is needed and charging of depreciation in the books were made mandatory.

AS-28 gives one more message if we apply it for OWN VALUATION. We should remain ALERT about our own “VALUE” to judge whether in current scenario theknowledge and degrees we have “achieved” so far are really relevant. If recent developments are not taken care of; soon our “achievements” would prove “obsolete.” It may be treated like old plant of JUTE MILL which was closed 20 years ago and rare chances are there for its revival. 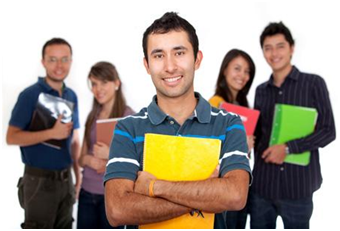 Sorry, I forgot for the time being that I am talking with the students. Being students; you always think about exams. So let’s first try to check the mentality of an examiner.

Here are some thoughts relevant to the examiner.

The examiner’s points are:

1. Would he like to repeat the questions asked in the previous exams?

2. Would he like to give simple questions in the exam paper?

3.Would he like to put questions which can be easily completed in 3 hours?

4. Would he like to ask questions which can be predicted by the students?

For time being; imagine yourself as an examiner. Would you like to be an examiner who would put questions which have been already asked, simple and easy to solve in the given time and can be guessed?

I assume that you are “liberal” and wish that students must pass the exams.

I appreciate your “kindness.” 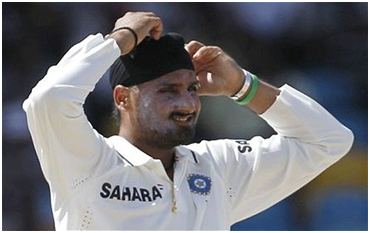 But now imagine yourself as a bowler. Would you like to deliver next ball almost the same what you have delivered just before? Would it be interesting for you and the spectators?

Your answer is a BIG NO.

You will appreciate the batsman who scores 6 on a bouncer. The same happens with an examiner when he allots 70 marks to a student in a tough and lengthy exam paper.

So it is crystal clear that students should not expect that papers should be easy especially in professional courses like CA. 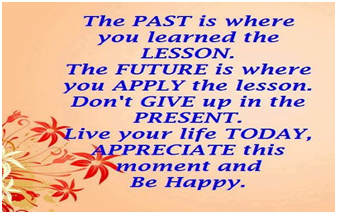 KNOW THE PAST, BE IN PRESENT AND THINK FOR FUTURE

A very practical example is of Bajaj Auto. It had monopoly in the market in two wheeler segment till 2000. DESH KI DHADKAN  Hero Honda entered in the market in 1985 with Japanese collaboration. The management of Bajaj Auto didn’t care because it thought “scooters” and “motor cycles” are two different things and people habitual to use HAMARA BAJAJ “scooters” for years would not even “think” to prefer “motor cycles.” Hero Honda expanded its capacity in a phased manner but BAJAJ HAMARA “SOTA RAHA.” The result :gradually a major part of the market was snatched by Hero Honda.  Soon the situation arose to such an extent before Bajaj Auto that either to close the plant or to produce motor cycle.

Students may note that blunders are also made by successful management i.e.doing blunders is not the “monopoly” of the students only. 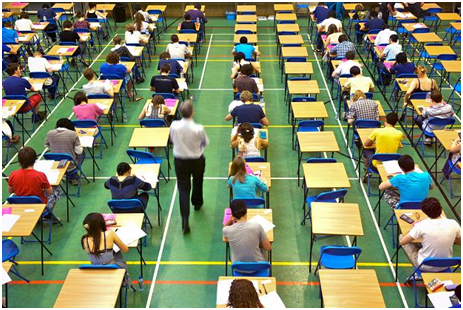 However; students may take care to note that such blunders are especially “celebrated” only on the eve of “exam festivals” and true “enjoyment” comes when these blunders are noticed immediately after leaving the exam hall. 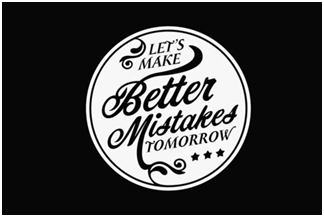 After “celebrating” the blunders of top management and the top students of the esteemed Institute; now I wish to proceed further.

Honda has remained market leader worldwide and to snatch market from it by Bajaj was almost impossible. A single engineer was given responsibility to make such motor cycle to beat Hero Honda. The company took a great risk either to produce a wonderful bike or to close the plant(the alike “life risk” which we “bear” believing on the competence of a “driver” while travelling with a car).

Hope some readers got the answer what did the company brought to the Indian market.

Yes, it was– PULSAR.

By introducing Pulsar, the company managed to remain in the market and it grew with more numbers in all respect and young generation could feel pride to own a Pulsar.

What is the message? 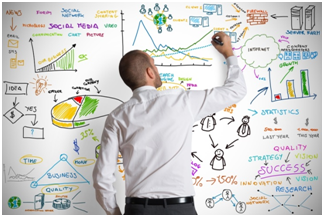 THINK YOURSELF AS AN ENGINEER, A SCIENTIST AND A TECHNOCRAT; being a student of CHARTERED ACCOUNTANCY COURSE!

Look at the above two photos. Know your peers who brought CA profession to its height.  Out of many, I like the most:

Dr. R.C. Cooper predicted 50 years ago that in future the chartered accountancy profession would face more and more challenges and if the students and members don’t remain competent; it would be tough to retain its pride.

Regarding Bansi S Mehta; read elsewhere in this article.

In nutshell; the message is: 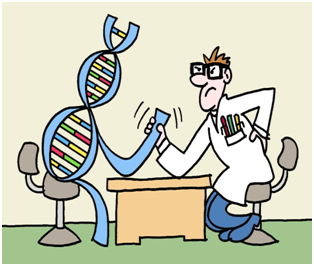 To be competitive, every day you must know latest business developments and apply it in your professional area.

It will bring all the joys in your life. Your parents, relatives, neighbours, village/city, state and one day even country will feel pride on your achievements. (In the above list, FRIENDS are not in the list because they are your “real” competitors).

Leaving the “friends” chapter for your discussion, let’s know something about The Legend of CA Profession :CA Bansi S Mehta.

The public was crazy to hear his Budget Speech. 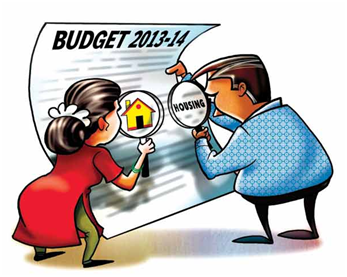 Budget always present some NEW OPPORTUNITIES if analyzed in a detailed manner. For most of the students; Budget is USELESS as it is not included in the SYLLABUS!

Whatever new and interesting is brought to the market is immediately grabbed by the consumers…..similarly, being a student you should be eager to know what is new in the field i.e. Accountancy, Auditing, Tax Laws and Information Technology and how to “use” it for your CAREER. For this, everyone must nurture the habit of READING. It is the only LUXURY which CA students can “easily” afford.  Am I right?

Your career depends upon the “future” of BUSINESS and you can help grow the business.

We, as Indians, always have good brains but dilemma is we think too much of small things and leave big things to be resolved by the politicians on whom we don’t believe!Surprising! Isn’t it? Now another question comes in my mind: Do “WE” really have a MIND? 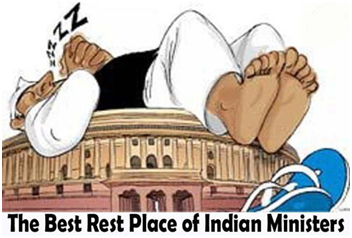 (The above lines may be treated as a gift to the readers on the eve of elections in India).

Research and Development is not the “game” of day one….it is the continuous process which we can “play” all the time.This will keep us “fresh” all the time.

Come back to the practical example of Bajaj “supra”.

Accepting the responsibilities by the engineer of Bajaj, at the time of drawing Pulsar’s design; the engineer was not worried about his “package.” And after launch of Pulsar no “worries” left to him to think about the “package.”

Now have a great look over the ICAI’s logo taken from “KATHOPANISHAD”. The logo was suggested by MaharshiArvindborn on 15th August (We never celebrate his birthday who had made great efforts for the independence of India with “powerful” meditation)!  Have you ever tried to know the meaning of ‘YA ESH SUPTESHU JAGRUTI?’

Awake and Apply Your Mind.

Write down your desired success storyTODAY in a given time frame. Evaluate the opportunities and threats suitable to you and draft the strategies to be adopted.

The word “RESEARCH” itself suggests to “RE-SEARCH”

You can’t sit calm even if you get success. No success is BIG. It may be BIG for a given time. Soon it may become past and nobody wants to be known as a past HERO. 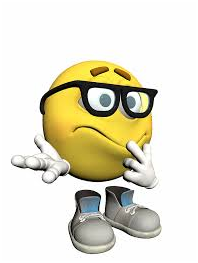 A CONFUSED PERSON always remains “ALERT” to do the NEXT BLUNDER at the EARLIEST.