Legal position when cheque issued for payment of premium dishonoured


We know that policy of insurance is a specific type of contract, falls under provisions of Indian Contract Act, 1872. It is a contract between insurer and the insured through which an insured transfer his future risks to the insured by paying a small amount of premium. This means payment of premium is the consideration in the Contract of Insurance and hence without payment of consideration any contract will not carry on. The premium must be received before the issue of the insurance policy and before the assumption of insurance risk by the insurance company. The premium may be paid through Cheque /Cash. 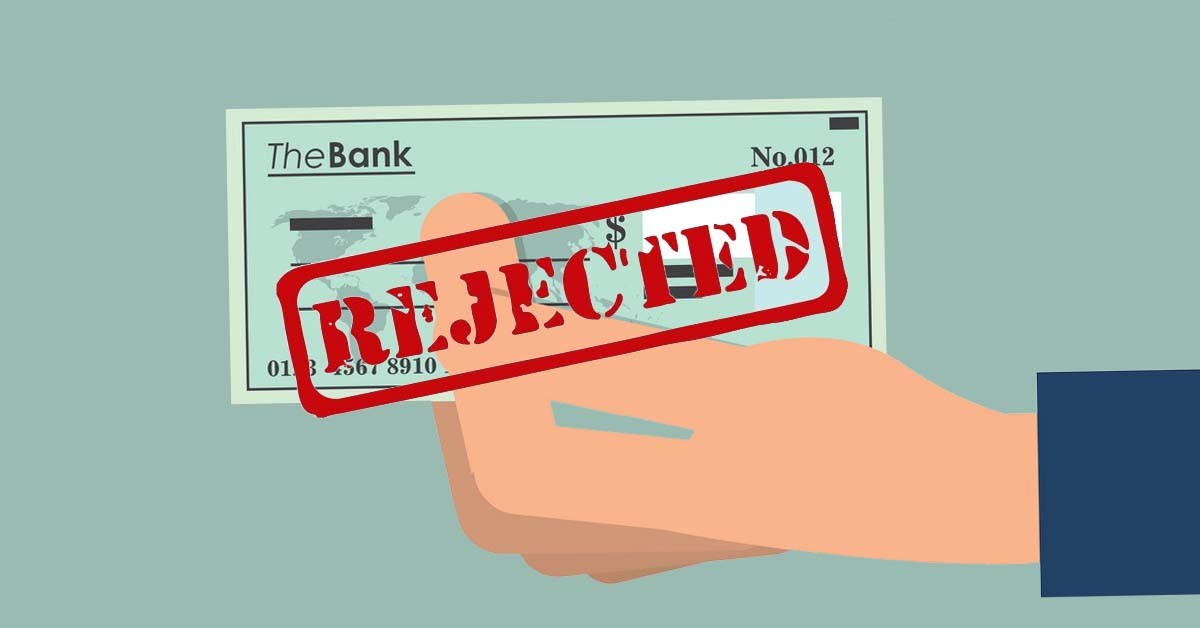 An agreement made without consideration is void, unless

(1) it is expressed in writing and registered under the law for the time being in force for the registration of documents, and is made on account of natural love and affection between parties standing in a near relation to each other; or unless

(2) it is a promise to compensate, wholly or in part, a person who has already voluntarily done something for the promisor, or something which the promisor was legally compellable to do; or unless;

(3) it is a promise, made in writing and signed by the person to be charged therewith, or by his agent generally or specially authorized in that behalf, to pay wholly or in part a debt of which the creditor might have enforced payment but for the law for the limitation of suits.

In any of these cases, such an agreement is a contract.

(b) A, for natural love and affection, promises to give his son, B, Rs. 1,000. A puts his promise to B into writing and registers it. This is a contract.

(d) A supports Bs infant son. B promises to pay A expenses in so doing. This is a contract.

The inadequacy of the consideration is a fact which the Court should take into account in considering whether or not a consent was freely given.

When two or more persons have made a joint promise, then, unless a contrary intention appears by the contract, all such persons, during their joint lives, and, after the death of any of them, his representative jointly with the survivor or survivors, and, after the death of the last survivor, the representatives of all jointly, must fulfil the promise.

Section 51 Promisor not bound to perform, unless reciprocal promisee ready and willing to perform

(a) A and B contract that A shall build a house for B at a fixed price. As promise to build the house must be performed before B's promise to pay for it.

Section 65. Obligation of person who has received advantage under void agreement, or contract that becomes void

When an agreement is discovered to be void, or when a contract becomes void, any person who has received any advantage under such agreement or contract is bound to restore it, or to make compensation for it to the person from whom he received it.

In contract of insurance when an insured gives a cheque towards payment of premium or part of the premium, such a contract consists of reciprocal promise. The drawer of cheque promises the insurer that the cheque on presentation, would yield the amount mentioned in cheque in cash. It cannot be forgotten that a cheque is a form of Bill of Exchange drawn on a specified banker. A bill of exchange is an instrument in writing containing an unconditional order directing a certain person to pay a certain sum of money to a certain person. It involves promise that money would be paid.

Thus, when the insured fails to pay the premium promised, or when the cheque issued by him towards payment of premium is returned dishonoured by the bank concerned the insurer need not perform his part of the promise. The corollary is that the insured cannot claim performance from the insurer in such a situation.

Section 25 of the Indian Contract Act, 1872 as mentioned above provides that "an agreement without consideration is void."

Section 65 provides that when as contract become void any person who received any advantage under such contract is bound to restore it to the person from whom be received it. So, even if the insurer has disbursed the amount covered by the policy to the insured before the cheque was returned dishonoured, insurer is entitled to get the money back.

However, if the insured makes up the premium even after the cheque was dishonoured but before the date of accident it would be a different case as payment of consideration can be treated as paid in the order in which the nature of transaction is required it.

PLEASE NOTE THAT - DESPITE DISHONOUR OF PREMIUM CHEQUE INSURER IS LIABLE TO THIRD PARTY TILL POLICY IS CANCELLED.

Section 147 of MV Act 1988: - Requirement of policies and limits of liability

(1) In order to comply with the requirements of this Chapter, a policy of insurance must be a policy which -

(a) is issued by a person who is an authorized insurer; and

(i) against any liability which may be incurred by him in respect of the death of or bodily injury to any person including owner of the goods or his authorized representative carried in the motor vehicle or damage to any property of a third party caused by or arising out of the use of the motor vehicle in a public place;

(ii) against the death of or bodily injury to any passenger of a transport vehicle, except gratuitous passengers of a goods vehicle, caused by or arising out of the use of the motor vehicle in a public place.

Explanation. -- For the removal of doubts, it is hereby clarified that the death of or bodily injury to any person or damage to any property of a third party shall be deemed to have been caused by or to have arisen out of, the use of a vehicle in a public place, notwithstanding that the person who is dead or injured or the property which is damaged was not in a public place at the time of the accident, if the act or omission which led to the accident occurred in a public place.

(2) Notwithstanding anything contained under any other law for the time being in force, for the purposes of third-party insurance related to either death of a person or grievous hurt to a person, the Central Government shall prescribe a base premium and the liability of an insurer in relation to such premium for an insurance policy under sub-section (1) in consultation with the Insurance Regulatory and Development Authority.

(4) Notwithstanding anything contained in this Act, a policy of Insurance issued before the commencement of the Motor Vehicles (Amendment) Act, 2019 shall be continued on the existing terms under the contract and the provisions of this Act shall apply as if this Act had not been amended by the said Act.

(5) Where a cover note issued by the insurer under the provisions of this Chapter or the rules or regulations made thereunder is not followed by a policy of insurance within the specified time, the insurer shall, within seven days of the expiry of the period of the validity of the cover note, notify the fact to the registering authority or to such other authority as the State Government may prescribe.

(6) Notwithstanding anything contained in any other law for the time being in force, an insurer issuing a policy of insurance under this section shall be liable to indemnify the person or classes of persons specified in the policy in respect of any liability which the policy purports to cover in the case of that person or those classes of persons.

(1) The insurance company shall, upon receiving information of the accident, either from claimant or through accident information report or otherwise, designate an officer to settle the claims relating to such accident.

(2) An officer designated by the insurance company for processing the settlement of claim of compensation may make an offer to the claimant for settlement before the Claims Tribunal giving such details, within thirty days and after following such procedure as may be prescribed by the Central Government.

(i) the Claims Tribunal shall make a record of such settlement, and such claim shall be deemed to be settled by consent; and

(ii) the payment shall be made by the insurance company within a maximum period of thirty days from the date of receipt of such record of settlement;

(b) rejects such offer, a date of hearing shall be fixed by the Claims Tribunal to adjudicate such claim on merits.

The provisions of Section 64VB (1) legally permits the insurer to issue a policy on the payment of premium either in cash or by cheque. When once premium is paid and insurer issued the insurance policy in favour of insured, the insurer is bound to pay the claim of third party in case of any accident. An insurer is liable for the third-party risk until the policy is validly cancelled as per provisions of rule 10 of Third-Party Insurance Rules.

Section 149(1) provides that an insurer cannot avoid third party liability on the ground that the insurer is legally entitled to have avoided or cancelled the policy.

In this case the Apex Court held that 'despite the bar created by provisions of Section 64VB (1) of the Insurance Act, 1938, the appellant, an authorized insurer, issued a policy of insurance to cover the bus without receiving the premium thereof. But reason of the provisions of Sections 147(5) and 149(1) of the Motor Vehicles Act, 1988, the appellant became liable to indemnify third parties is respect of the liability which that policy covered and to satisfy awards of compensation in respect thereof notwithstanding its entitlement (upon which we do not express any opinion) to avoid or cancel the policy for reason that the cheque issued in payment of premium thereon has not been honoured."

A verdict of the Supreme Court in a matter involving United India Assurance states that even if the premium cheque of the policyholder bounces, the insurance company will still compensate the third-party claim. The judgment in bold letters reads - Premium cheque dishonoured – Cancellation after accident – Insurer liable

The case in mention is United India Insurance Co. Ltd. as Appellants VERSUS Laxmamma & ORS as Respondents. United India Assurance collected the premium cheque and issued the policy. The cheque got dishonoured and there was an accident resulting in death of the relative of the respondent. The insurance company cancelled the policy after the date of the accident citing cheque bounce as the reason of cancellation. The Supreme Court did not want the respondent to suffer in this case and ruled in favour of the claimant.

This sets a good example for the all the general insurance companies who may now be more cautious in issuing the policies where mode of payment is cheque. If the insurance company issues a third-party insurance cover on the basis of cheque, it will be liable to compensate the third-party claim in case of an accident, even if the premium cheque bounces. The insurance company can reject such a claim only if it has cancelled the policy after the payment default and intimates the policyholder before the accident.

DISCLAIMER: The above article /write up is only for information and knowledge of readers. The entire contents of this document have been prepared on the basis of relevant provisions and as per the information existing at the time of the preparation. Although care has been taken to ensure the accuracy, completeness, and reliability of the information provided, author assume no responsibility, therefore.