ISD or Cross Charge which one is better 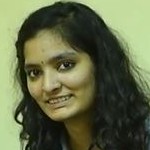 In this Article, an attempt has been made to draw the concept of

Goods and Services Tax is a levy on supply of goods or services. For the purpose of applicability of GST, the transactions are divided into two;

The term Input Tax has been defined under section 2(62) of Central Goods and Services Tax Act, 2017. Accordingly, the term input tax in relation to a registered person means central tax, state tax, integrated tax or union territory tax charged on any supply of goods or services or both made to him and includes

Input Tax Credit as per section 2(63) of the Central Goods and Services Tax, 2017 means the credit of input tax.

Legal Glitch on the utilization of one state`s SGST with the other:

Input tax is defined to include the state tax, central tax, or integrated tax charged on all supplies received by a registered taxable person in the course or furtherance of business or commerce.

Though it is mentioned under the input tax definition that the state tax is eligible for credit, but on perusal of the respective State goods and Services Tax Act the definition of state tax shall be reproduced as under

"State tax" means the tax levied under this Act- this means that a state input tax credit can be adjusted against that respective state output tax liability only but not with any other state output tax liability. This legal glitch is a hurdle for the concept of free flow of input tax credit and thus, this interpretational issue is referred to Delhi Court for examination in the case of D Pauls Travels and Tours Ltd vs. UOI & Others and the matter is pending for final disposal. As of now, there is a glitch that one state SGST may not be adjusted against another state SGST and vice versa.

A registered person located in Telangana State visits Andhra Pradesh (AP) for official purpose and have incurred the accommodation expenses in a hotel located in AP. As the supply being intrastate because the person supplying the service and place of supply are in AP the hotel will charge the CGST and APSGST. The registered person located in Telangana may not be in a position to avail input tax credit by complying the Telangana State Goods and Services Tax Act,2017.

The term ‘Input Service Distributor’ has been defined under sec2(61) of the Central Goods and Services Tax Act, 2017 which is reproduced as under;

“Input Service Distributor” means an office of the supplier of goods or services or both which receives tax invoices issued under section 31 towards the receipt of input services and issues a prescribed document for the purposes of distributing the credit of central tax, State tax, integrated tax or Union territory tax paid on the said services to a supplier of taxable goods or services or both having the same Permanent Account Number as that of the said office.

Conditions to be satisfied for distribution of input tax credit (Sec-20):

Input service distributor may distribute the credit subject to the following conditions:

Manner of Distribution of Credit under ISD (Rule 39):

Rule 39 of Central Goods and Services Tax Rules, 2017 lays down the procedure for distribution of input tax credit by input service distributor. On perusal of this rule, it provides the manner in which the input tax relating to central tax, state tax, and integrated tax shall be distributed. Two important conditions to be satisfied are reproduced as under;

In view of the above-referred manner in which credit is distributed, let us consider the following examples to understand the implications.

From the above-discussed examples, it can be concluded that there are two limitations under the concept of Input service Distributor:

As discussed in the introduction, GST is a levy on supply of goods and services or both. The word ‘Supply’ is defined under Section 7 of Central Goods and Services Tax Act, 2017 which is reproduced as under,

For the purposes of this Act, the expression “supply” includes -

If we observe the above definition of Supply, it is defined in an inclusive manner which includes all kinds of supply of goods or services undertaken for a consideration by a person in the course or furtherance of business. However, it also includes activities listed in schedule I even in the absence of consideration. On perusal of the activities listed in schedule I, the one relevant in the present context is reproduced as under;

‘Supply of goods or services or both between related persons or between distinct persons as specified in section 25, when made in the course or furtherance of business

It means that any supply of goods or services or both between branches of different states/Union territories in the course or furtherance of business is treated as supply and the transaction shall be valued as per the valuation rules 28, 30 and 31.

Elimination of legal glitch of utilizing input tax credit of one state SGST with the other under Cross Charge:

However, where the services are pertaining to two or more branches then the same shall be invoiced in accordance with the provisions of Sec 20 of the Central Goods and Services Tax Act, 2017 because the legislative intent is clear that it is to be distributed based on the turnover only.

A company having branches at Andhra Pradesh, Mumbai, Kerala and Telangana being the head office. Branch at Telangana have incurred accommodation expenses in Mumbai and have paid CGST and Maharashtra SGST. The credit relating to the transaction may not be available due to the technical glitch as explained above, this amounts to a block of credits. Hence, under this option the Mumbai branch shall invoice the Telangana branch under ‘Business support services’ head and transfer the equal credit to the Telangana branch, Mumbai branch shall utilize the credit charged by the hotel resulting into no blockage of credits.

The whole essence of the transaction shall turn out to be like- Mumbai branch shall book the accommodation in a hotel by giving it`s GSTIN and shall claim the credit of the same and shall invoice to Telangana by charging IGST under business support services hence, there will be no blockage of credits.

However, if the same Telangana office incurs the similar expenditure in Tamil Nadu then the credit may not be available under Cross charge and Input Service Distributor as well.

Based on the facts, the relevant method can be applied by considering the following;