Is that what you thought about insider training? 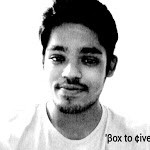 Many of us who have heard about insider trading, has a view that an insider trader is a handcuffed corporate person, who has been caught for doing illegal activities. But that is not the only fact.

Insider trading has 2 parts, of which 1 is legal and another is prohibited i.e. is illegal.

Some might get shocked by knowing that the Insider trading happens almost on a daily basis. It has a legal part too. Esoteric will understand it better.

What is the meaning of Insider trading?

A trade (buy/sell) of the company’s securities by an insider of the same company.

Who is an insider?

Now connecting the above terminologies we can say that-

Insider trading takes place legally every day, when insiders (connected persons) - officers, directors or employees - buy or sell stock in their own companies within the guidelines and limits of company’s policy and the regulations governing this trading.

Who is the Regulation governing the Insider Trading, i.e. who is the Godfather of Insider trading activities?

Securities and Exchange Board of India (SEBI) is the governing authority in India which sees to it that the trading is done as per its regulations. SEBI governs the insider trading by its regulations called SEBI (Prohibition of Insider Trading) Regulations.

What can be a unpublished price sensitive information?

An information which is known to the insiders even before it is published to the public, which can materially fluctuate (rise/fall) the share price of the company.

Information relating to the following can be considered as a price sensitive information:

Now you would have understand that it is very obvious for anyone to predict the effects on the share price of the company by knowing the above information before it is known to the public.

For e.g.: A merger with a foreign company which can be fruitful to the company can increase its share price.

One may have an question that the insiders can be aware of the merger plans and also they can predict the financial results of the company when the accounts are finalized, so how can anyone prevent them from doing insider trading?

The answer to the above question is that the SEBI (Prohibition of Insider Trading) Regulations has framed many regulations regarding the time period for trade by the insiders in certain situations.

For e.g.  An insider cannot do trading for the period between the twentieth trading day prior to the last day of any financial period for which results are required to be announced by the issuer of the securities and the second trading day after the disclosure of such financial results; i.e. for the financial period April’16-March’17, as per the current provisions, an insider cannot trade from 11th March’17 till the very second trading day after the announcement of the financial results.

On timely basis SEBI has been attempting to strict its regulations to prohibit insider trading.

There is huge penalty and also imprisonment for those who are caught doing insider trading.

Many cases of insider trading have been reported and the culprit is punished with penalties and imprisonment.